Soldiers gather to honor KATUSA killed at Korean JSA in 1984 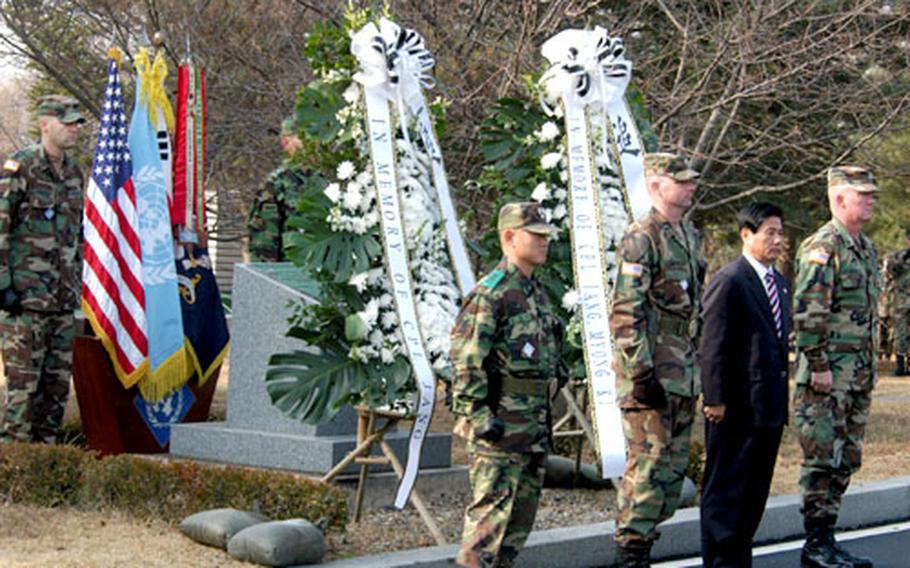 U.S. and South Korean soldiers serving with the U.N. Command Security Battalion laid wreaths Wednesday at the Joint Security Area in honor of KATUSA Cpl. Jang Myung-gee, who was killed in action there on Nov. 23, 1984. (Seth Robson / S&S)

U.S. and South Korean soldiers serving with the U.N. Command Security Battalion laid wreaths Wednesday at the Joint Security Area in honor of KATUSA Cpl. Jang Myung-gee, who was killed in action there on Nov. 23, 1984. (Seth Robson / S&S) 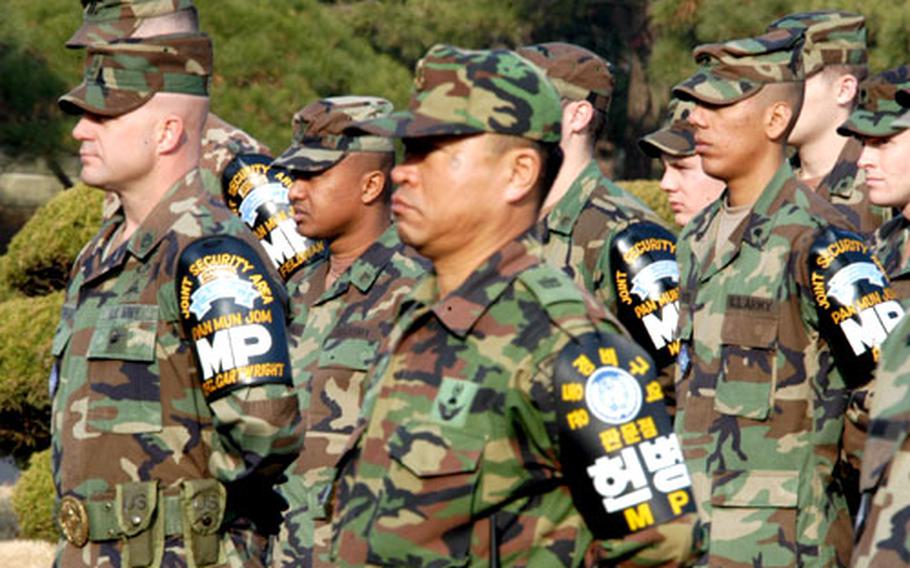 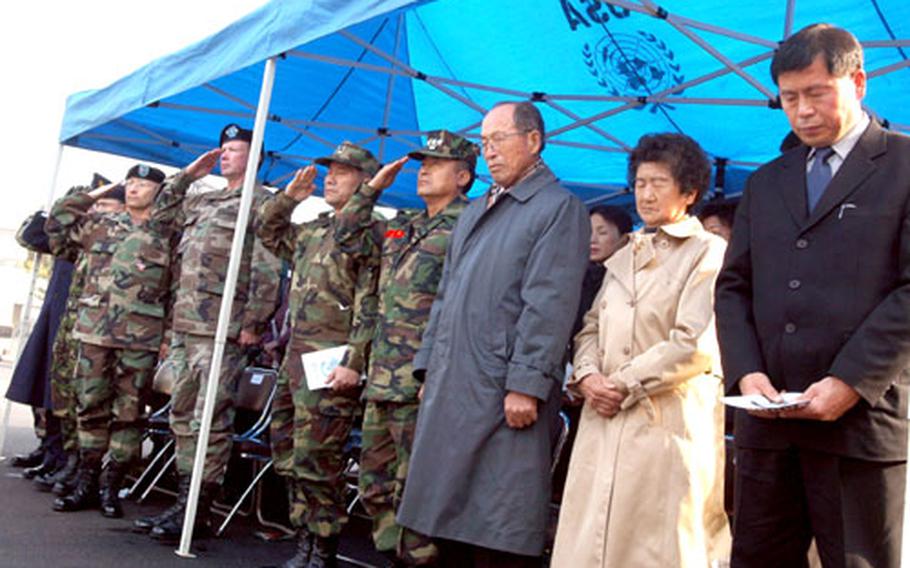 U.S., South Korean, British and Australian soldiers salute as they stand next to the family of Cpl. Jang Myung-gee. (Seth Robson / S&S) 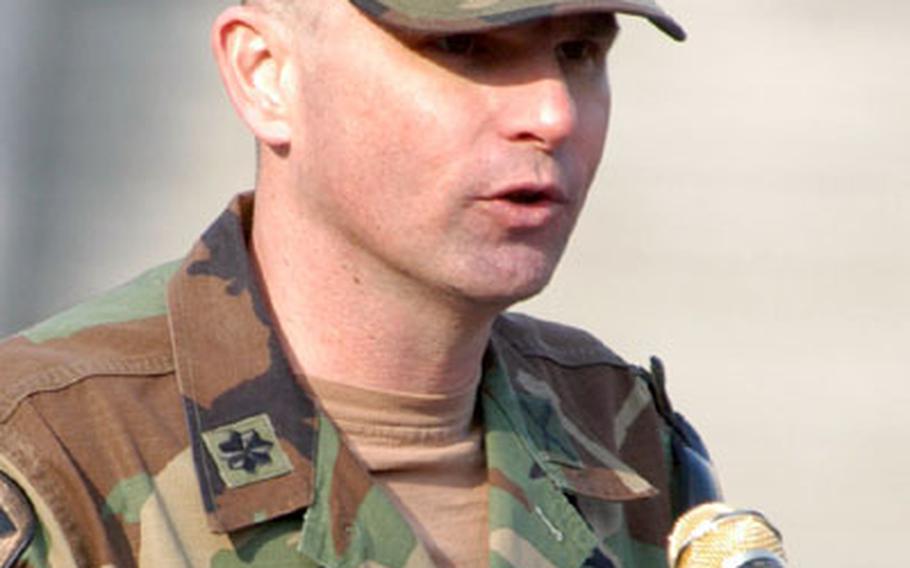 U.S. forces in the area reacted quickly to the raid, saving defector Vasily Matusak and killing three North Koreans before a cease-fire was negotiated and the North Koreans withdrew.

Jang was killed in the fighting and a U.S. soldier, Pfc. Michael A. Burgoyne, was wounded.

Ross, the last veteran of the JSA action still serving with the U.S. Army, is based at Camp Walker with the 19th Theater Support Command. He attended a ceremony to mark last year&#8217;s anniversary of the raid, but this was the first year he spoke to those attending. Among them were Jang&#8217;s family, 8th U.S. Army commander Lt. Gen. Charles C. Campbell and representatives of the British and Australian armed forces.

&#8220;A North Korean died right over there,&#8221; he said, pointing to the edge of a traffic island yards from where the ceremony took place.

Jang&#8217;s father, Jang Dae-yoon, remembered his son as an active young man who enjoyed practicing tae kwan do and socializing with U.S. soldiers he served alongside.

The ceremony also was attended by Jang&#8217;s nephew, Pfc. Jang Jong-hoon, who is following in his uncle&#8217;s footsteps with the JSA battalion.

United Nations Command Security Battalion commander Lt. Col. Paul E. Snyder said Jang&#8217;s actions and those of his comrades were not in vain.

&#8220;His actions serve as a reminder of what we all expect from disciplined and well-trained soldiers,&#8221; he said. &#8220;Cpl. Jang and his comrades symbolize more than just the friendship of soldiers from two nations serving together. They stood literally side by side in the same way our armies and nations have done for more than 50 years.&#8221;