Soldiers, families from 2nd Brigade, 1st Infantry Division check out what Grafenwöhr has to offer 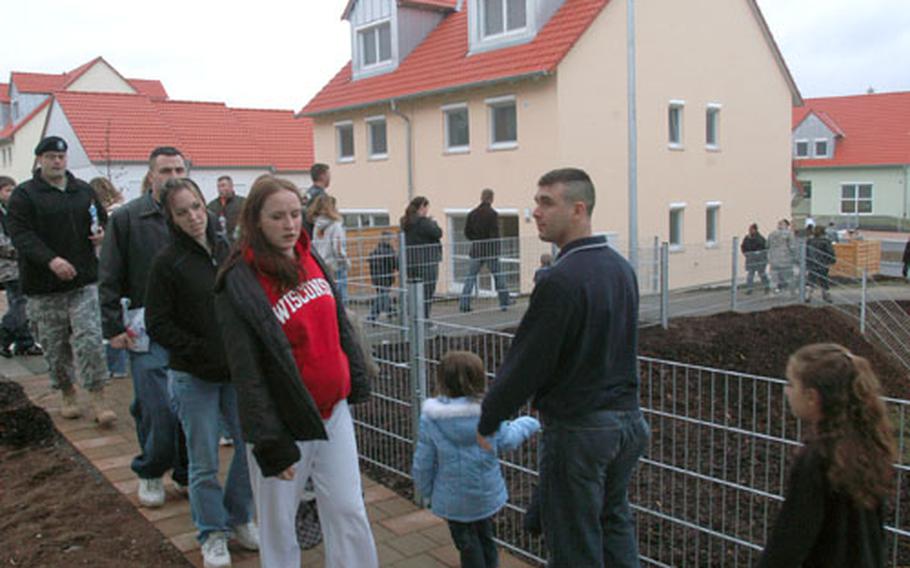 Families of the 2nd Brigade, 1st Infantry Division tour Netzaberg, a build-to-lease community just outside the Grafenwöhr, Germany. The complex is one of the housing options for those who are relocating from Schweinfurt. (Matt Millham / S&S)

Families of the 2nd Brigade, 1st Infantry Division tour Netzaberg, a build-to-lease community just outside the Grafenwöhr, Germany. The complex is one of the housing options for those who are relocating from Schweinfurt. (Matt Millham / S&S) 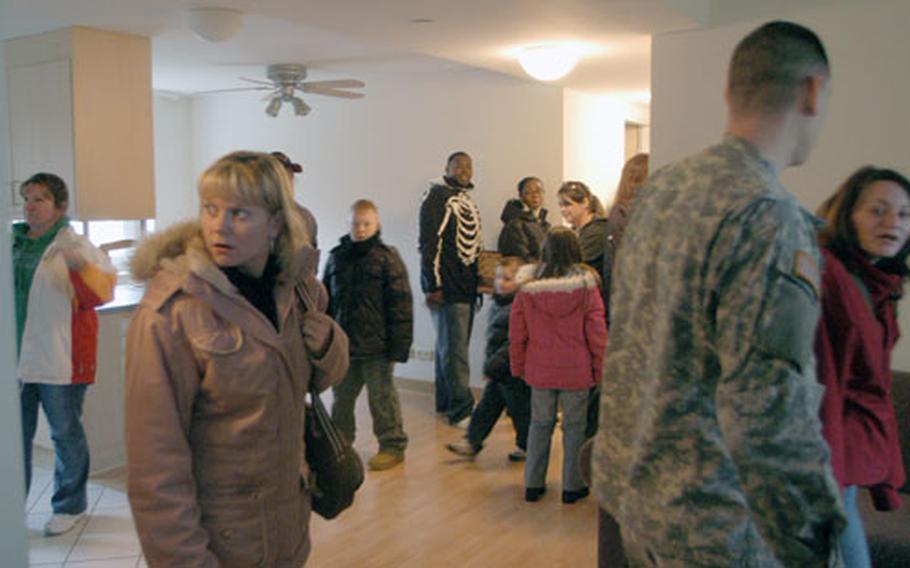 GRAFENW&#214;HR, Germany &#8212; Three days after receiving word that they will have to pick up and move, about 350 soldiers and family members of the 2nd Brigade, 1st Infantry Division, on Saturday toured the community they will next call home.

The daylong trip, organized at the behest of V Corps Commander Lt. Gen. Kenneth Hunzeker, was intended to give families a firsthand look at what that new home has to offer.

Grafenw&#246;hr, a U.S. Army post about 100 miles from the brigade&#8217;s Schweinfurt home, has in recent years undergone more than $1 billion in improvements to become perhaps the most well- appointed Army facility in Europe.

But moving there, officials acknowledge, could cause some headaches for soldiers and families that have established themselves in Schweinfurt.

But it might not be hard to convince families that the move is a good thing. The facilities at Grafenw&#246;hr &#8212; both for military training and for day-to-day life &#8212; are, almost without exception, bigger, newer and more conveniently located than those available in Schweinfurt.

Single soldiers looked at on-post facilities, such as the newly finished barracks, company operations areas and the $19 million gym. Married soldiers and their families, such as Walter and his wife, Agnes, viewed on-post housing; nearby towns where they might choose to live, shop or visit; and various on-base services, such as medical and dental clinics and day care.

There, everything is spread out and the commissary, gas station, and post exchange are on three posts.

But that wasn&#8217;t his main concern. All the families interviewed during the tour had the same worry.

The garrison anticipated that worry and allowed families to explore an on-post stairwell housing unit and the off-post Netza- berg housing area, a development of three-and four-bedroom duplexes just outside the main post.

Jackson and his wife both thought Netzaberg, which has 830 units and the atmosphere of a cozy suburban development, was nice, and thought they could live there comfortably.

But not all families live in bigger homes in Schweinfurt, and Renee L&#8217;Elie seemed impressed with the kitchen in the on-post stairwell unit, which has an American- style oven.

The Walters, who live off post near Schweinfurt, hope for an on-post home, but Boyle acknowledged that most families moving to the area will have to live off post.

Weiden, the nearest large city, is roughly 20 minutes from post, Boyle said, but closer off-base rentals are available in smaller towns around post as well.

He also commented on the newly finished on-base shopping center.