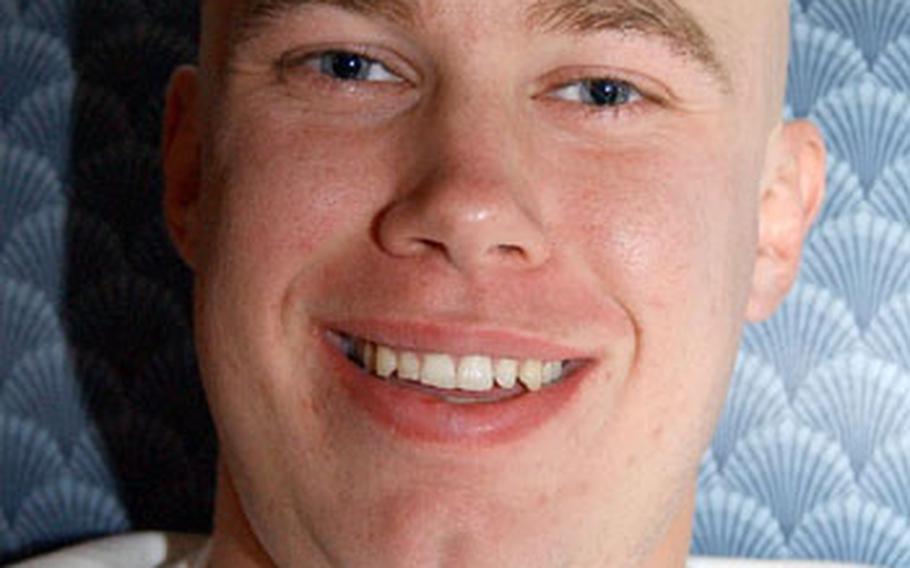 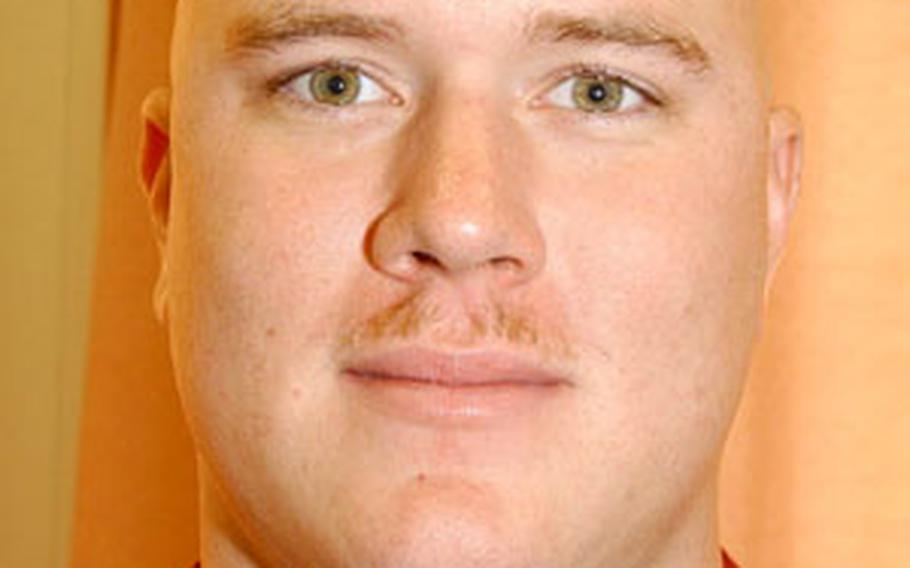 Troops in a war zone face danger daily. But two Germany-based soldiers in Iraq discovered a different kind of enemy on the front lines: cancer.

Staff Sgt. Michael Snyder, from Illesheim, had been in Iraq since February when he felt a lump in one of his testicles. By August, the lump had turned into an agonizing discomfort.

Following two visits to different doctors downrange, a urologist used ultrasound to confirm that the now hardened lump was cancerous.

Snyder&#8217;s testicle was removed at Landstuhl Regional Medical Center. Since December, the Snyders have been commuting from Illesheim to the medical center &#8212; a trip of about 170 miles one way &#8212; for his chemotherapy to kill the cancer that has now spread to his abdomen. Sometimes they make the trip in one day, other times they stay in the Fisher House at Landstuhl.

About two weeks a month, from 8 a.m. to 2 p.m. Monday through Friday, Michael Snyder sits hooked to an intravenous drip in the chemo room. The TV is on in the background, playing a movie or tuned to American Forces Network. Some patients, weak from the drugs, are asleep in their recliners.

Sitting on the other side of the room, joking with nurse Pat Benedict, is Sgt. Michael Bernquist. Bernquist, 23, discovered a lump in one of his testicles last June, while his Kitzingen-based unit was deployed to Iraq.

In Bernquist&#8217;s case, an ultrasound did not indicate anything more than a fatty cyst. But the lump was enlarging. Although he was not experiencing any pain, by August he knew he had to do something.

After he went on leave, he was finally able to get the help he needed and following a second ultrasound, his fears were confirmed.

The impact of it all did not strike him until after the surgery. As he awoke, he saw his platoon sergeant standing at his hospital bed. Then, later that night, while talking to his mother, it sank in.

Like Snyder, Bernquist&#8217;s cancer has spread to his abdominal region and there are traces in his lungs. According to their doctors, both soldiers&#8217; prognoses look good, however.

Bernquist will remain on chemotherapy until the second week in February and continues to stay upbeat, cracking jokes with nurses and fellow patients.

As far as the immediate future, both men plan to stay in the Army and hope their stories can help make other soldiers aware.