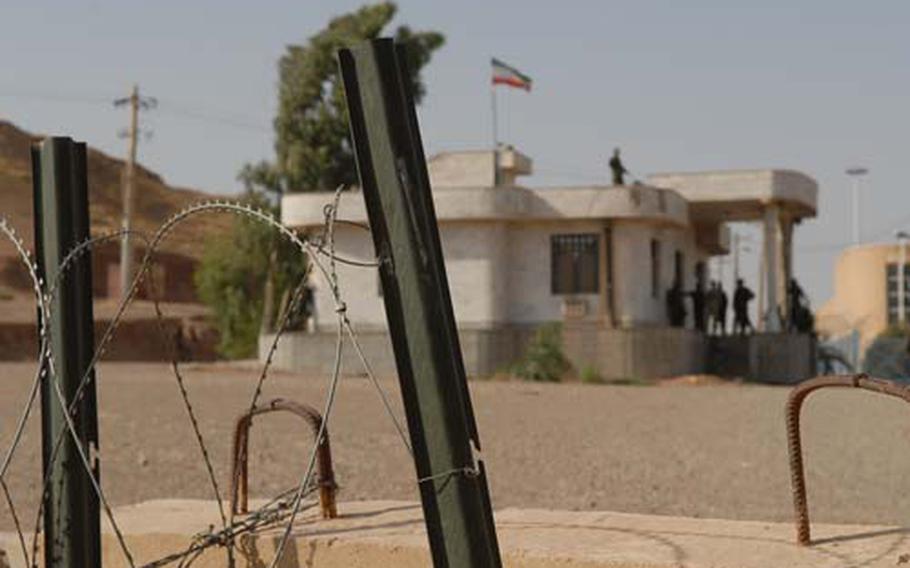 Barbed wire and cement barriers separate an Iranian building from Iraq at a border crossing near Khaniqin, Iraq. Despite the barriers, Iranian and American soldiers exchanged small talk through the gates that separate the two countries. (James Warden / S&S)

Barbed wire and cement barriers separate an Iranian building from Iraq at a border crossing near Khaniqin, Iraq. Despite the barriers, Iranian and American soldiers exchanged small talk through the gates that separate the two countries. (James Warden / S&S) 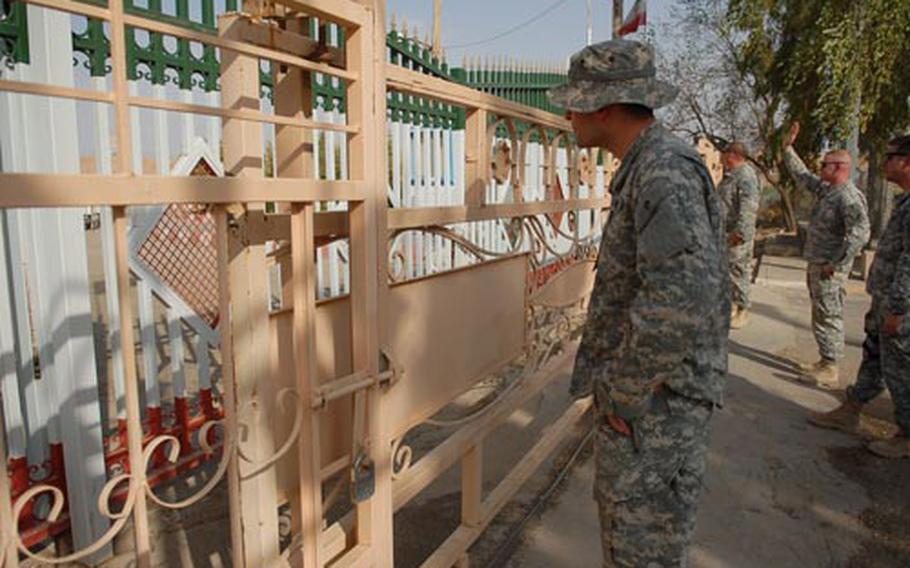 American soldiers look at Iranian soldiers through a gate that divides the two countries at a border crossing near Khaniqin, Iraq. (James Warden / S&S) 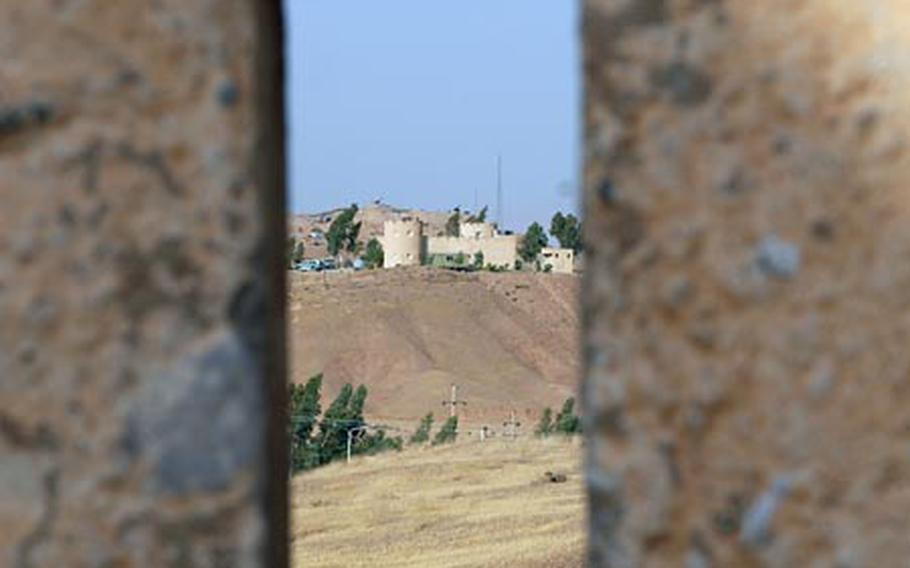 An Iranian border castle can be seen through the gun port at a matching Iraqi border castle near Khaniqin, Iraq. Matching pairs of castles sit along the Iran-Iraq border. (James Warden / S&S)

KHANIQIN, Iraq &#8212; The soldiers with the 407th Civil Affairs Battalion and the 3rd Armored Cavalry Regiment had just planned a short little outing.

They were staying on a base near a border crossing between Iran and Iraq. The crossing is a heavily trafficked route for Iraqi oil going into Iran, and Iranian pilgrims going into Iraq. But crossing would be unthinkable for the Americans. After all, the two countries aren&#8217;t talking.

That shouldn&#8217;t stop a little innocent tourism, though. The Americans removed their names and ranks. Those wearing hats with the rank took them off. The soldiers left their assault rifles behind. The few with handguns left them strapped to their legs, but everyone else went without a weapon. No one wore body armor.

The Americans checked in at the border office and then walked right up to a pair of closed gates &#8212; joking that, of course, the Iraqi gate was the ugly one. They smiled and took turns taking snapshots of one another a few steps from Iran. Occasionally, they waved to one of the dozens of Iranian soldiers watching about 100 meters away.

The Iranians outnumbered the Americans by a huge margin, and there was almost no Iraqi security on the border. Yet the Iranians warily eyed the Americans for several minutes. Gradually, one of them worked up the courage to approach the gate. The others followed.

They stared through the gate at the Americans. The Americans stared back.

Then one of the Iraqi security guards broke the ice by talking with his Iranian counterpart. An Iraqi interpreter with the soldiers spoke a bit of a Persian dialect and soon he was translating small talk between the Americans and the Iranians. The atmosphere was stiff at first &#8212; but more like mingling at a stranger&#8217;s party than parleying with an enemy.

"We are proud to be talking to the Americans," he said, then reminded them, "We Iranians are strong people."

The two sides continued talking for a little while longer &#8212; no more than a few minutes &#8212; before the Americans said their goodbyes and walked away, laughing about what they saw as the Iranians&#8217; hubris and wondering what they&#8217;d think of American warplanes.

"We didn&#8217;t see them; maybe they will," the Iraqi interpreter said wryly.

But the group wasn&#8217;t in the mood to dwell on future wars. The politicians may still be debating whether to talk to Iran. But the soldiers had just done exactly that, and the talk had been pleasant. It would be something to tell their families when they called home.

Perhaps when the Iranian soldiers got home that night, the soldiers pondered, they, too, will tell their families how two countries started talking.