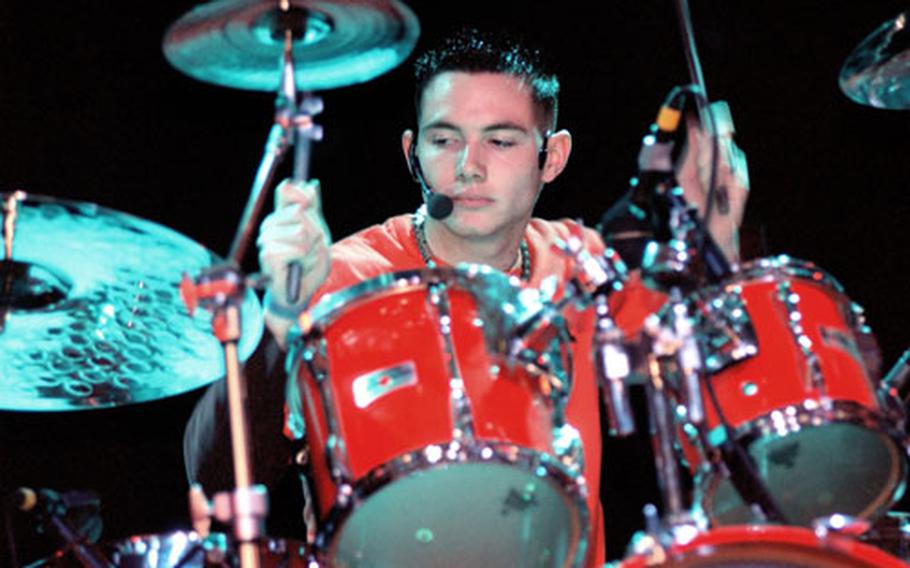 Jed Martin, drummer for the Hohenfels, Germany-based band Busted Amber, shows off some of the skills that won him "best drummer" at the U.S. Army Europe&#39;s annual Battle of Bands held Saturday in Katterbach, Germany. (Raymond T. Conway / S&S)

Jed Martin, drummer for the Hohenfels, Germany-based band Busted Amber, shows off some of the skills that won him "best drummer" at the U.S. Army Europe&#39;s annual Battle of Bands held Saturday in Katterbach, Germany. (Raymond T. Conway / S&S) 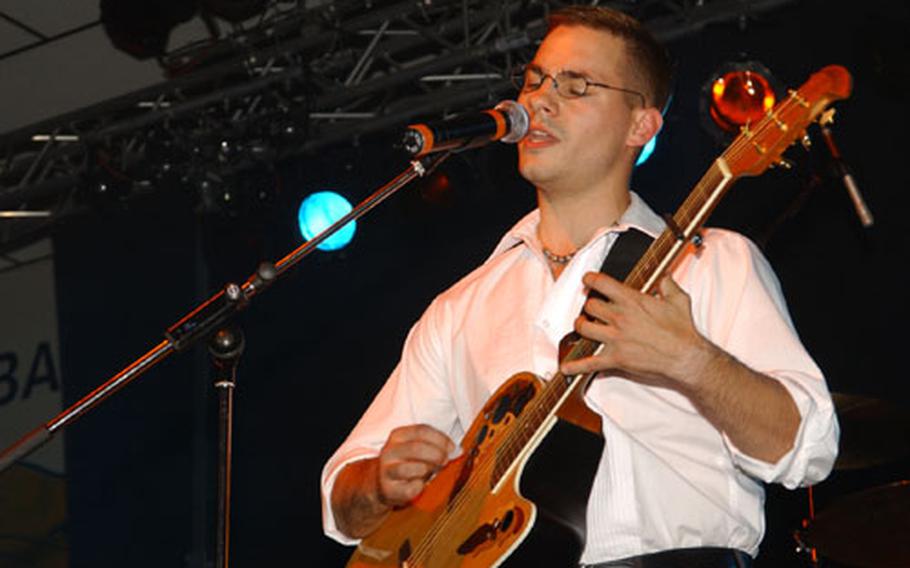 Pfc. James Cameron Hall of Hohenfels, Germany, sings and plays Sunday at the U.S. Army Europe Stars of Tomorrow contest. Hall placed second in the vocal solo, self-accompanied category and second in the instrumental solo category. He composed the songs he performed in both categories. (Lisa Horn / S&S) 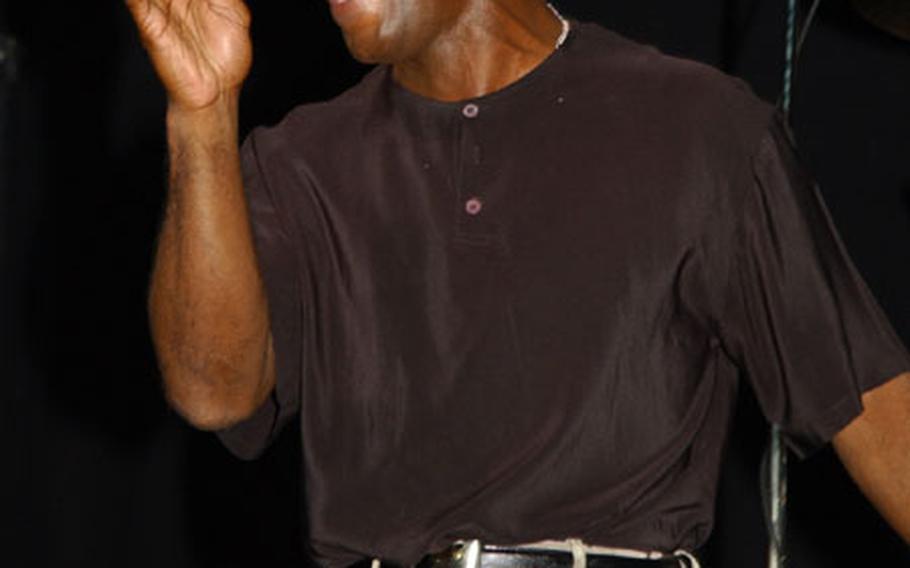 In his third year of competing in the contest, the soldier from Vicenza, Italy&#8217;s 14th Transportation Battalion, awed the audience again this year with his flawless fingerwork on the autoharp and placed first in the instrumental category.

The Stars of Tomorrow contest was the second day of a weekend of performances at the Katterbach Fitness Center.

Saturday&#8217;s Battle of Bands competition, also in its 25th year, featured seven bands. And just like the Stars of Tomorrow contestants, they were vying for a chance to compete at the Army-wide competition in Fort Belvoir, Va., later this year.

Brown took second in the instrumental solo category last year, but because the winner was a civilian was able to advance to the all-Army competition.

Spc. Anwan Mason&#8217;s performance of &#8220;One Day,&#8221; a song written by an Italian producer she collaborated with on a demo tape, earned the Vicenza soldier second place in the female vocal solo category.

Mason, who participated in the 2002 Stars of Tomorrow contest, was unable to perform last year because she was deployed to Iraq. A member of the 510th Personnel Service Battalion, Mason said having her demo tape downrange was a motivation for her.

She hopes to earn a spot with the USAREUR Soldier&#8217;s Chorus and produce her own CD.

Jamie Shallish, a civilian from Hohenfels, Germany, placed first in the female vocal solo category with her rendition of &#8220;Coal Miner&#8217;s Daughter.&#8221; Because Mason was the highest-placing soldier in the category, she will represent USAREUR at the Armywide contest.

Jim Sohre, USAREUR entertainment director, said that he was taken aback by the talent of the performers.