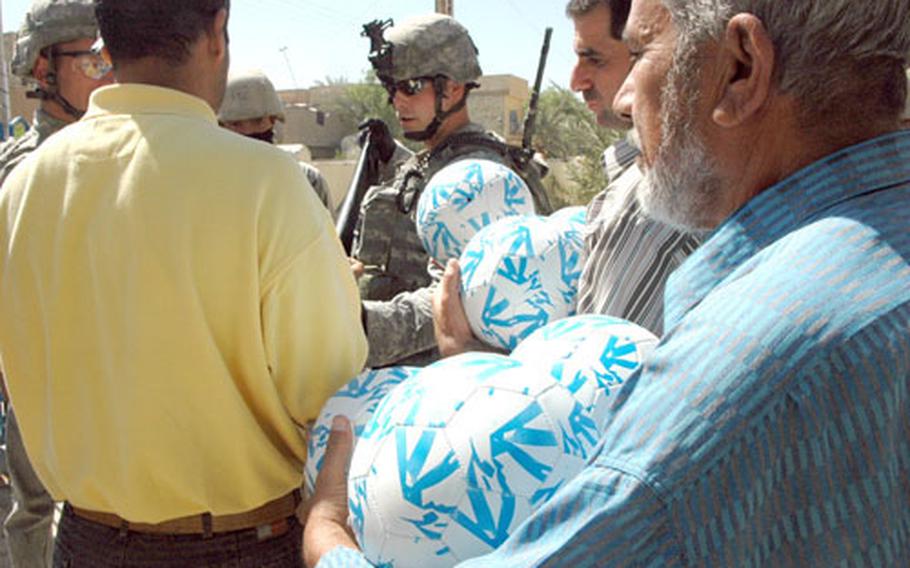 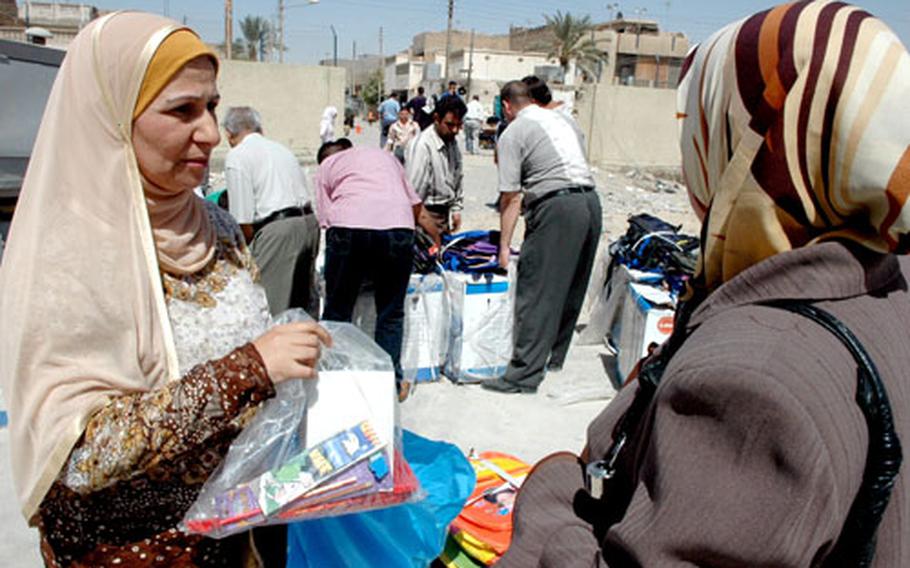 Hurriyah Mohammed, who runs a girls&#39; school in Shab, picks up a new generator and some school supplies Monday. (Anita Powell / S&S) 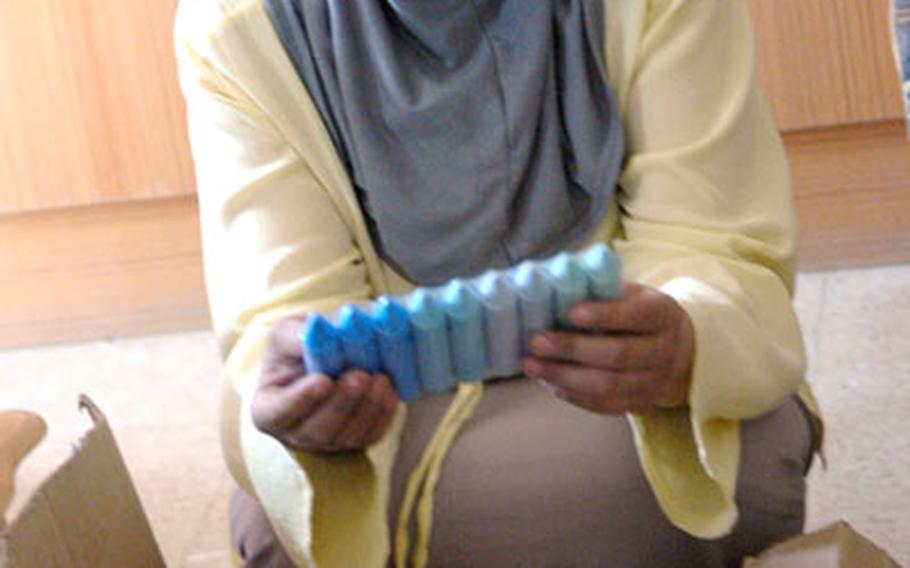 A teacher at Mohammed Bakr Sadr school in northern Baghdad sifts through boxes of donated school supplies Tuesday. Initially she was puzzled by the jumbo chalk; after several soldiers explained what it was, she broke into a wide smile and taught them how to say &#39;chalk&#39; in Arabic. (Anita Powell / S&S)

However, as is often the case in Iraq, the grateful recipients brought with them a laundry list of other, more basic needs that have yet to be addressed by the Iraqi government.

On Monday, officials handed out generators and backpacks to grateful school headmasters in the Shab neighborhood. Top American military officials spoke with local leaders in the Shiite suburb about their needs.

Lt. Gen. Peter Chiarelli, who has long said that the path to security is paved with essential services, assured neighborhood leaders that infrastructure improvements were a top priority.

&#8220;It will help security and will encourage the people to work with the American forces,&#8221; he said.

He added that he will track the donated generators to make sure they reach the schools and are used for their intended purpose.

Headmistress Hurriyah Mohammed, who runs a girls&#8217; school in Shab, was delighted at the prospect of having a generator.

For school officials, the supplies were like icing on an unfinished cake: decorative and captivating, but lacking something.

School supervisor Abdul Mahdi smiled and eyed the boxes, which he said held enough for 20, maybe 30 students of the school&#8217;s population of 700.

While Mahdi said he appreciated the boxes of notebooks, crayons and used toys and clothes, he quoted far more prosaic needs, such as fans, chalkboards, textbooks, plain composition books, vitamins and cleaning supplies.

However, he said, the flashy new supplies would serve a good purpose.

The soldiers also delivered about a dozen soccer balls, but they disguised them in a black body bag so as to get them by the mob of children standing outside the school. The children saw through the subterfuge, rushing the soldiers and tearing at the bag while yelling the characteristic chant of Iraqi children: &#8220;Mister! Mister! Mister!&#8221;

After the balls had been given out, the school&#8217;s headmaster made a peculiar request of his own: to keep the body bag.

The headmaster, who gave his name only as Hassan, said it was his intention to hoard the supplies until he had more to give out.