Soldiers being trained to give immunizations to base civilians 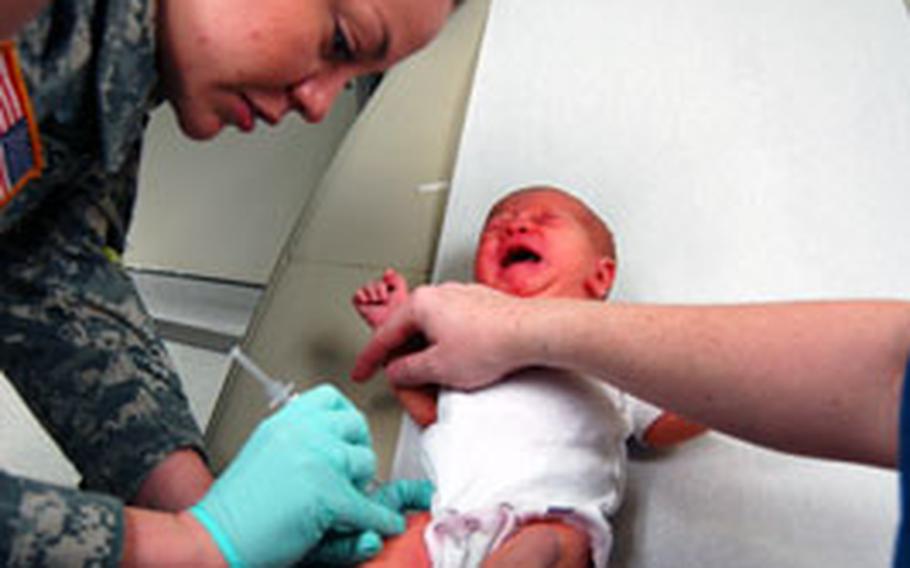 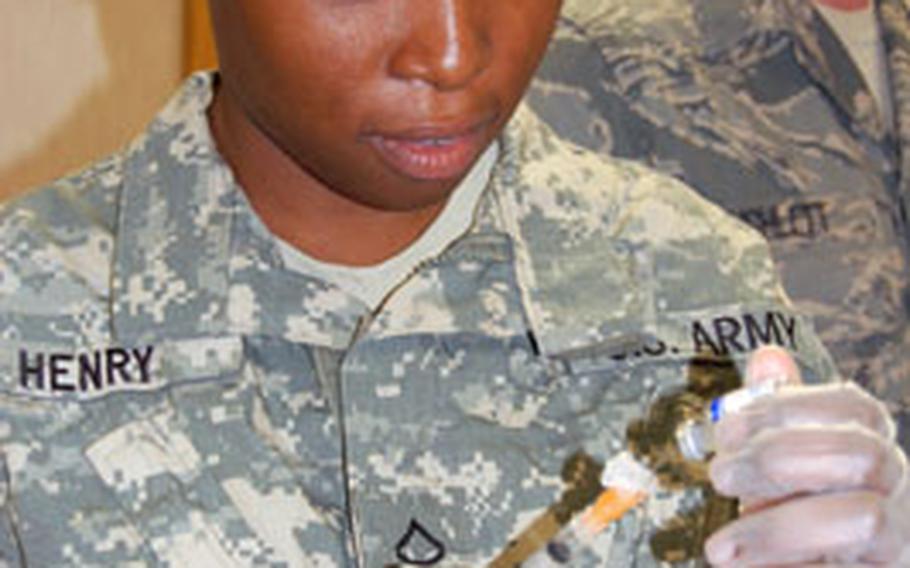 Pfc. Deshandra Henry, 1st Replacement Company, readies an anthrax shot for a patient on Tuesday at Yongsan Garrison. Henry was taking an immunology course given by a team of visiting instructors from Walter Reed Army Medical Center. (Jimmy Norris / S&S)

YONGSAN GARRISON, South Korea &#8212; With even more family members on the way to South Korea as part of the transformation of U.S. forces on the peninsula, the 18th Medical Command had some good news for those who will be seeking immunizations.

Thanks to a team of instructors from Walter Reed Army Medical Center in Washington, 19 more 18th Medical Command soldiers will be qualified Friday to administer immunizations to civilians.

The instructor team was in South Korea to give a five-day immunology course to medics.

Prior to the course, the medics were qualified to give immunizations only to active-duty soldiers. The five days of training are normally part of Walter Reed&#8217;s 5&#189;-week immunization and allergy technician course.

But the cost and loss of manpower involved in sending them on temporary duty for that training would not have been practical, said Master Sgt. Desmond Smith, 18th Medical Command spokesman.

The visiting instructors did not cover the allergy portion of the 5&#189;-week course, so students will not receive what the Army calls an additional skill identifier. They will, however, receive a certificate of completion for their training and a memorandum verifying they have completed the training necessary to give immunizations to children.

&#8220;There was clearly a need at 121 [Combat Support Hospital] to increase the number of people who could give pediatric immunizations,&#8221; said Maj. Cecilia Mikita, who led the team from Walter Reed.

The training covered 20 types of immunizations and six ways to administer them. It also included lectures on record keeping, the effects of various vaccines on the body, and the proper handling and storage of vaccines.

Smith said the training should lead to a decrease in wait times at immunization clinics.