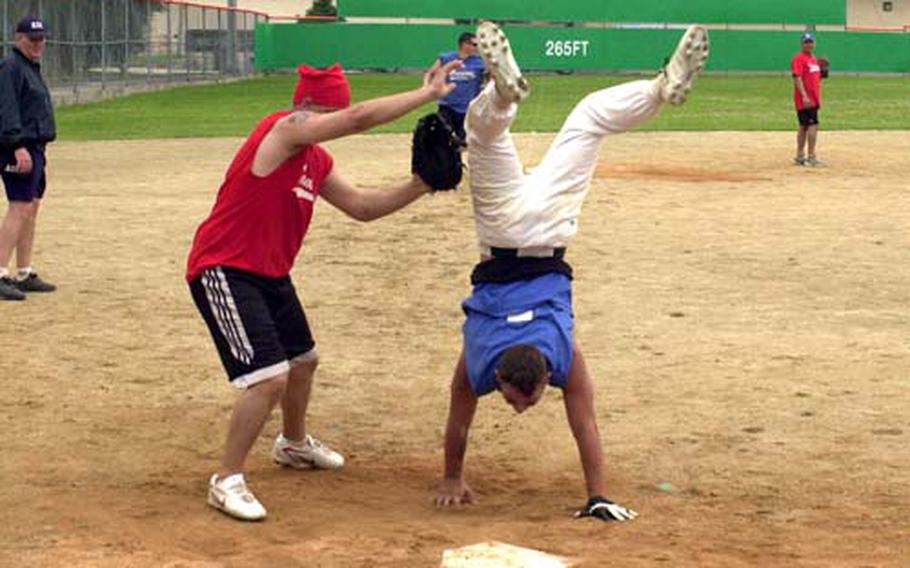 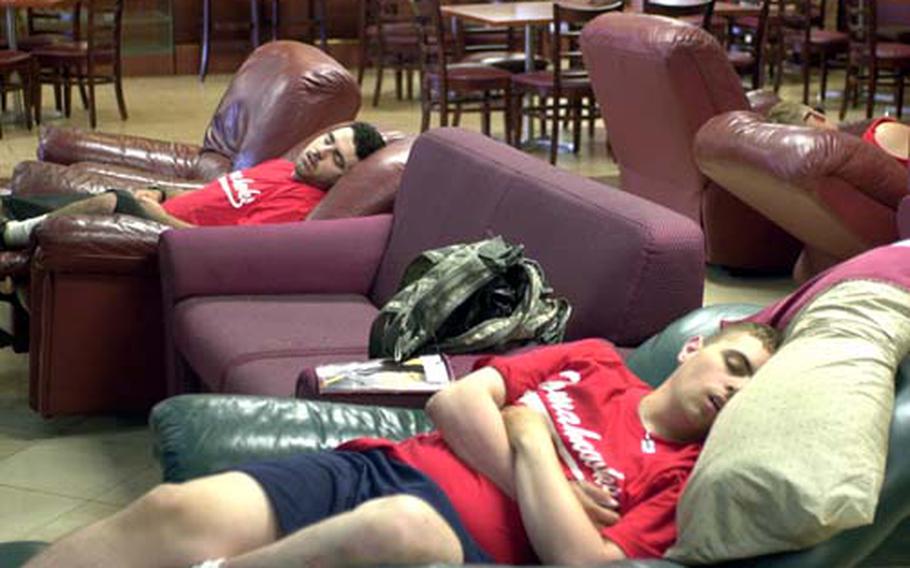 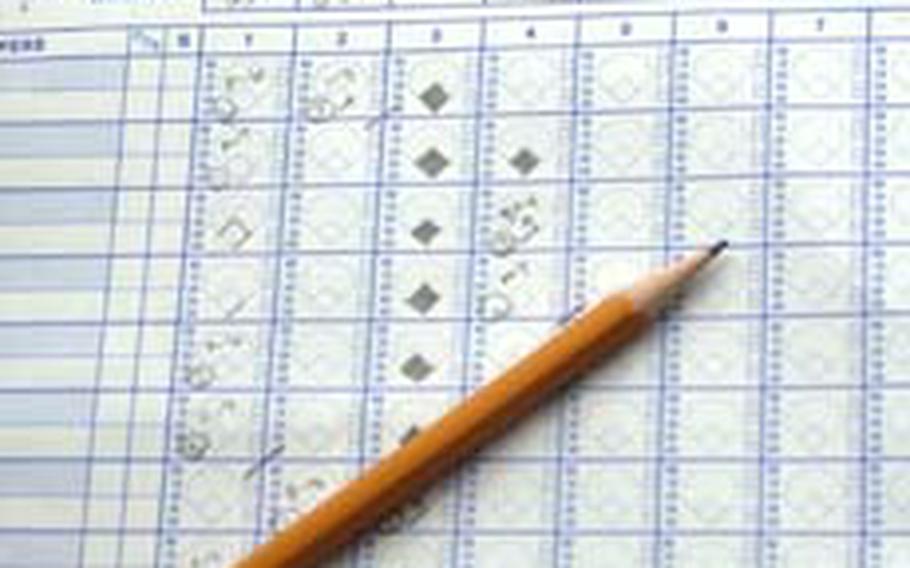 Scoring was far from at a premium during the 2nd Infantry Division&#39;s attempt to break the world record for longest continuous softball game last week at Camp Casey in South Korea. The book indicates that with the 100-hour game about half-finished, the Tomahawks had scored 647 runs after 239 innings. (Jon Rabiroff / S&S)

CAMP CASEY, South Korea &#8212; With his Warriors softball team down about 170 runs, Army Pfc. Jeff Foster did not expect anyone to put too much effort into mounting a comeback.

Clearly this was a situation where it was not whether you won or lost, but how long you played the game.

When the game ended Saturday afternoon after 100 hours and 452 innings, the final score was Tomahawks 1,160; Warriors 1,104. All but one of the 36 players who started the game managed to finish, playing through a couple of rain storms and a few minor injuries.

More importantly to those involved, a video of the entire game and the notarized signatures of witnesses will now be forwarded to England so the feat will be noted in the next edition of the Guinness World Records book. Organizers had to pay a $500 application fee to get their attempt reviewed for authenticity and inclusion in the book.

Camp Casey sports director Jim Williams, the coordinator of the attempt, was confident the players would "put Casey on the map" by breaking the existing record of about 96 hours.

"These are American soldiers and they have the discipline and self-drive to put this thing together, finish it and be the world-record holder," he said.

Guinness rules dictated that a maximum of 20 players could be on each team, and those not playing had to remain in the immediate vicinity of the field when they slept and ate. The teams were allowed a five-minute break every hour, or they could bank that time for up to a 30-minute break after six hours of play.

When the game began on June 30, participants said, the play was intense. But as the hours passed, and the score got out of hand, play got "a lot more relaxed," Foster said.

To be sure, as the players neared the 50-hour mark, there was the beer and the banter one normally associates with recreational softball. But diving and sliding were rare, and one player even crossed home plate doing a handstand.

Umpire Sgt. Maj. James Addie III observed at the time, "You can tell that they&#8217;ve lost quite a bit of their energy, but they haven&#8217;t lost their excitement."

Master Sgt. Samuel Ramos, a Tomahawk player, said, "The first few hours, it was all about trying to increase the lead. Now, we&#8217;re not even paying attention to the scoreboard and neither is the other team. We&#8217;re just out here having a good time."

Vivian Byrd, one of the official scorers, said the loosey-goosey nature of the game made keeping up with the scorebook "kind of annoying. You have to pay attention the whole time, so it&#8217;s kind of confusing."

She admitted the score was "probably not 100 percent correct" but added, "The only goal that we have is to finish it."

Spc. Ryan Dixon of the Tomahawks said despite the relaxed nature of the game, "It has been a lot more challenging than we thought it was going to be. It just takes everything out of you. It wears on you."

If some other group comes along in the near future and breaks the record again, Williams said, "I guess we have to have a longer game and start earlier. We want to have the record."