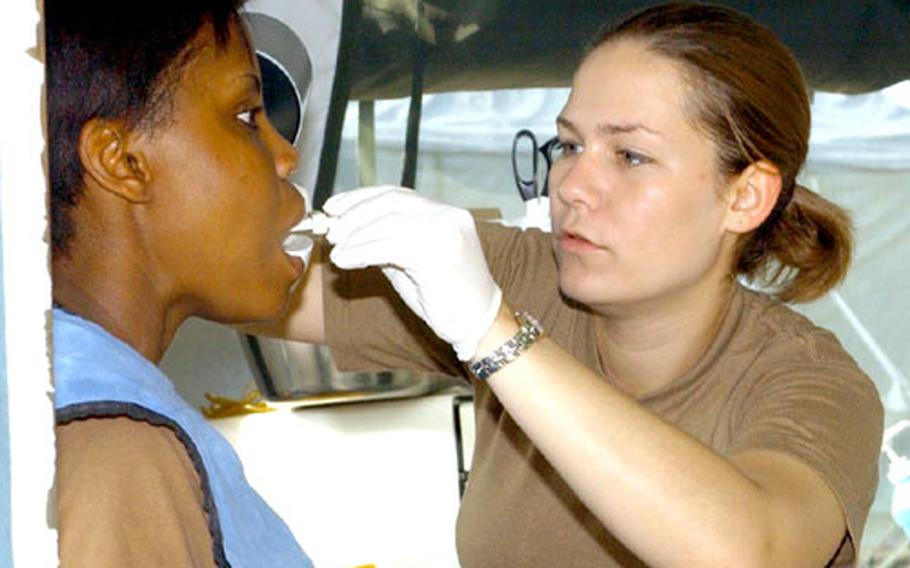 &#8220;The wisdom teeth were pretty badly broken down, and [I] recommended that she get them out while she was here, because they could develop pain and problems in the near future,&#8221; said Wilson, a 464th Medical Company dentist, currently based in Baumholder, Germany.

Morgan came to Bulgaria to take part in the Bulwark &#8217;04 exercise, not to have dental surgery. But she didn&#8217;t reel back in horror at the suggestion to remove her teeth in the field.

Dentists can do a lot of procedures in a field environment, said Wilson, who has pulled four teeth since he began seeing patients at the camp on July 22.

&#8220;We can do anything from extracting wisdom teeth to replacing fillings to handling trauma; we can start root canals,&#8221; he said.

They first injected a local anesthetic into Morgan&#8217;s gums and then extracted Morgan&#8217;s top two wisdom teeth. The procedure took about 90 minutes.