Soldiers, airmen in Iraq take time out to honor those who served before them 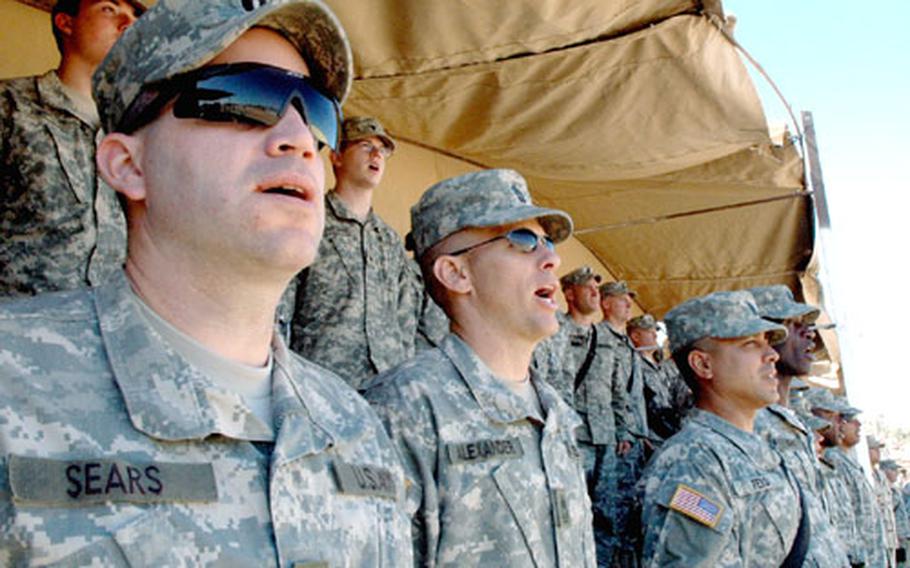 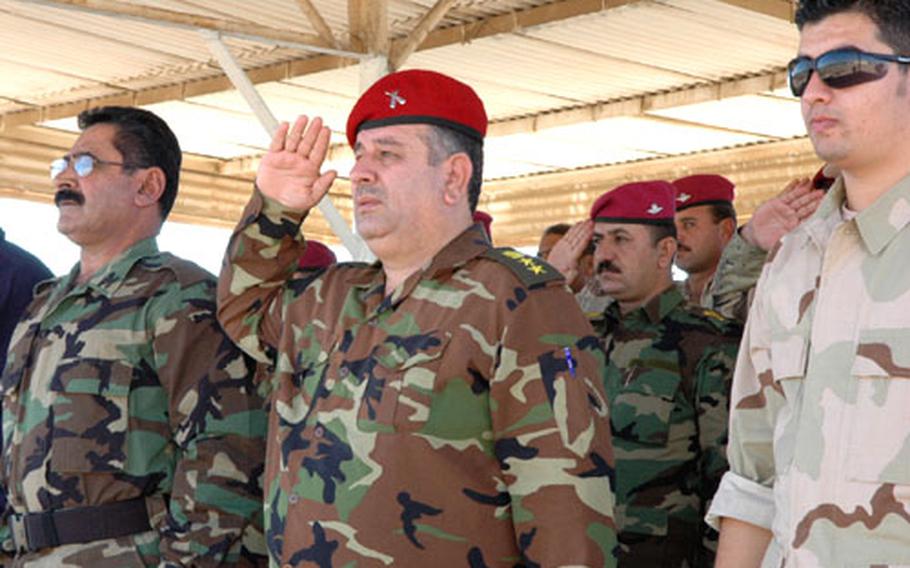 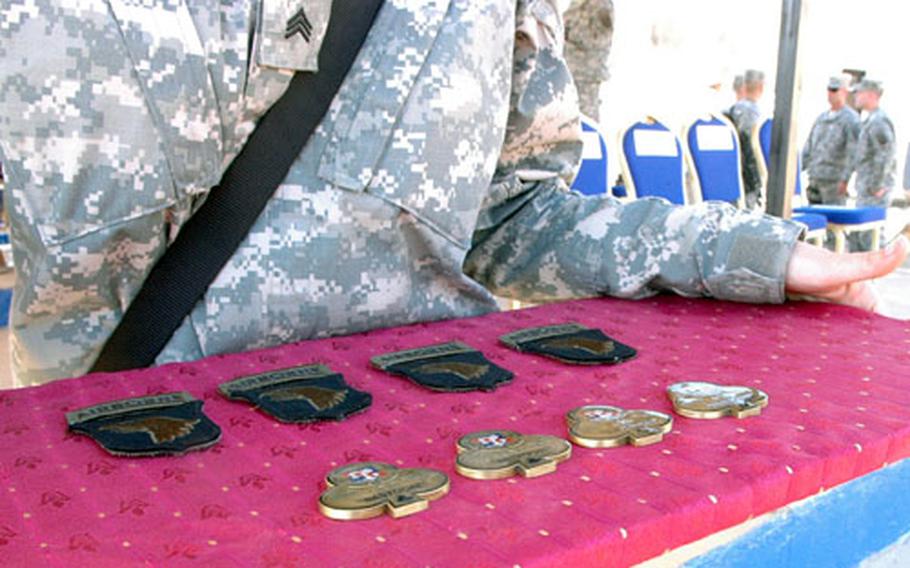 101st Airborne Division soldiers were given combat patches during Friday&#39;s ceremony, and coins were given to airmen in attendance. (Anita Powell / S&S) 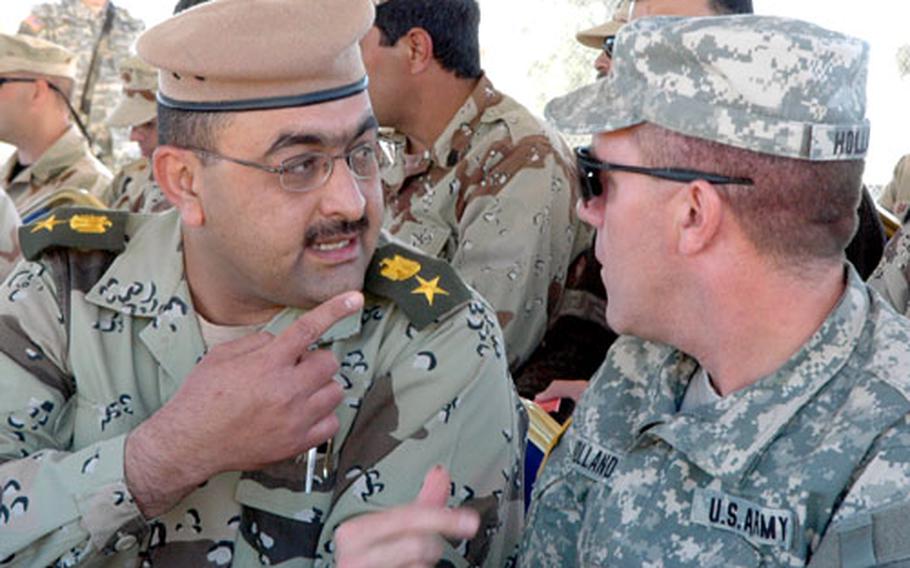 KIRKUK, Iraq &#8212; Soldiers and airmen took a two-hour break from the war Friday to honor those who have served before them and those who continue to serve.

Unlike many stateside Veterans Day events, which usually draw a crowd of snow-haired retirees and appreciative civilians, nearly every attendee at Friday&#8217;s ceremony &#8212; from the teenaged Iraqi army private to the gray-haired U.S. Army colonel &#8212; was an active combat veteran. Soldiers of both nations saluted both national anthems and celebrated afterward with an American poolside barbecue. American soldiers were also given combat patches; their Air Force counterparts, coins.

Iraqi Col. Safin Haidar, commander of an infrastructure brigade and a veteran of the Iran-Iraq war, the first Gulf War and the current war in Iraq, said he was honored to be celebrating shoulder to shoulder with his former adversaries.

His son, 19-year-old Cpl. Mohammed Safin, also attended the ceremony and stood with his father. The two men are in the same brigade; the son serves on his father&#8217;s personal security detail.

To the Americans, he said, &#8220;You are no longer novices but experienced veterans of our profession.&#8221;

However, Spc. Grant Ramsey, a 24-year-old infantryman and veteran of Afghanistan and Iraq, modestly shrugged off praise.