Mujeeb, left, and Azizullah take a break after sweeping the porch of the Bagram Air Base Pat Tillman USO Center. They are among the 19 local kids who are in Sergeant Major&#39;s Good Boys and Good Girls program at the base. (Michael Abrams / S&S)

Mujeeb, left, and Azizullah take a break after sweeping the porch of the Bagram Air Base Pat Tillman USO Center. They are among the 19 local kids who are in Sergeant Major&#39;s Good Boys and Good Girls program at the base. (Michael Abrams / S&S) 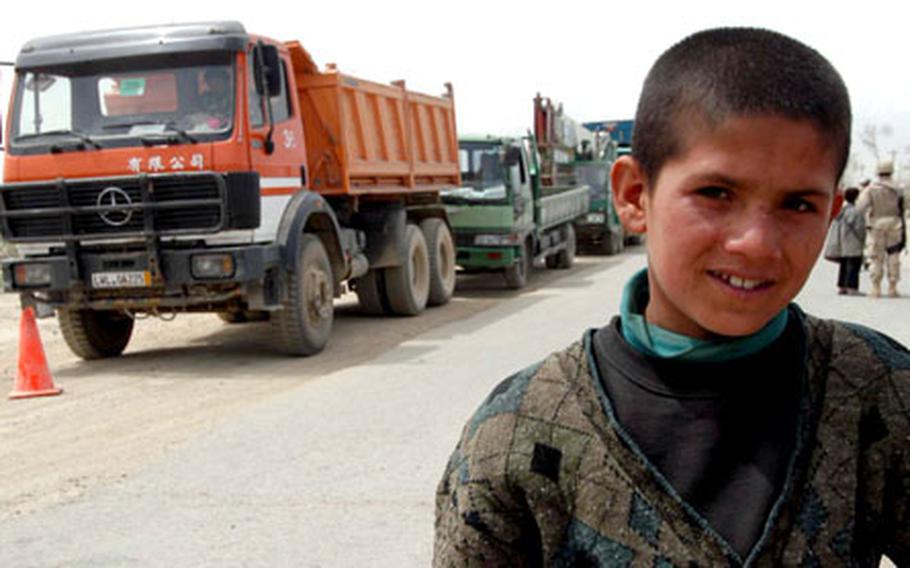 Haaroon, a member of the sergeant major’s good boy and good girl program at Bagram Air Base, Afghanistan, stands at the gate of the base, where he helps escorts find the right truck to bring to the base. The program that helps 19 local boys and girls was founded by Sgt. Maj. Timothy Green, the Task Force Eagle sergeant major. (Michael Abrams / S&S) 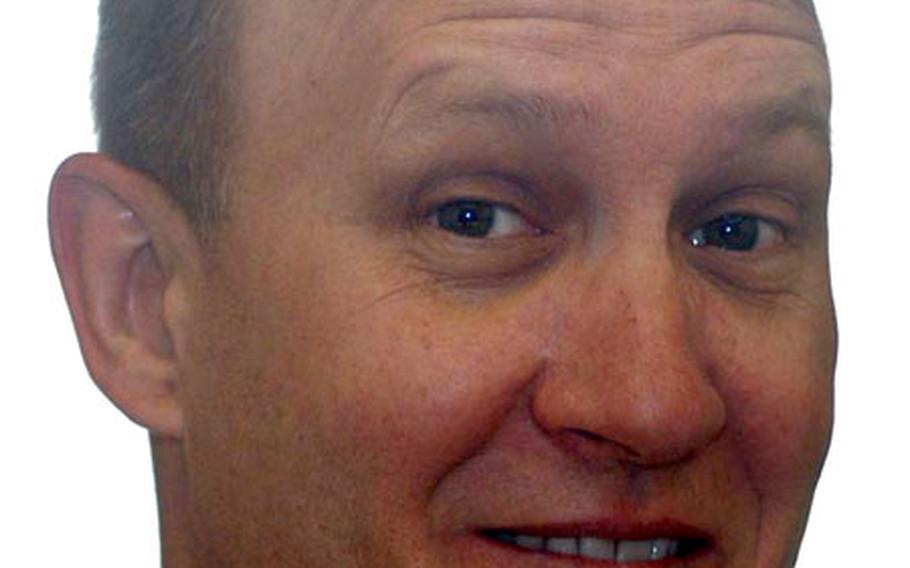 BAGRAM AIR BASE, Afghanistan &#8212; Command Sgt. Maj. Tim Green has 12 rules of conduct he expects his charges to follow.

But they&#8217;re not meant for the soldiers of Task Force Eagle. Instead, they&#8217;re designed for a select group of youths who hang around the gates of the largest American military base in Afghanistan.

His goal is to help train at least a few of the country&#8217;s youth to become productive workers by the time they&#8217;re adults. In fact, he says, the skills they&#8217;re learning will likely give them advantages over their peers.

The program currently has 19 Afghan kids: 16 boys, ages 6-14, and three girls. With help from some female members of the task force, the number of girls is likely to grow.

When Green arrived in Afghanistan in October 2003, the military police at the gate had regular contact with a group of children. The MPs left a short while later, and he decided to interact with the kids himself. That relationship became more formal by issuing the kids identification badges that can get them in the gates.

Green said the kids have to earn the badge, thus the list of rules. Those who don&#8217;t follow the rules get their badges taken away for a while. Two kids have been thrown out of the program.

Those with badges put in time at the gate or at the United Service Organizations.

Keith Coyne, the USO center&#8217;s director and lone full-time employee, currently has four boys working for him a few hours a day before they attend school in the afternoon.

Chores at the USO include sweeping and picking up trash. At the gate, the kids help find out which trucks need to enter the gates among the dozens that line up every day.

Harroon, 12, said Saturday that he had arrived at about 6 a.m. He was ready to leave in time for school, which started at 1 p.m. Asked what he was learning in school, he mentioned the country&#8217;s two languages, Dari and Pashto. There&#8217;s also science and math.

He didn&#8217;t mention English. But he and the other children are learning that quickly. That comes from interacting with American servicemembers.

Many of them also are picking up some Korean. That&#8217;s because South Korean troops on base are teaching them tae kwon do. Classes are twice a week and the troops even chipped in and bought them outfits to work out in.

Green said he hopes that someone steps forward to take over the program when he leaves in five months.

Rules of the badge

1. Be respectful of elders

2. Honor and obey parents or adults in your home

3. Respect your teacher, don&#8217;t skip school, stay until you graduate

4. Respect your mullah and others praying in the mosque

7. Be a good role model for others

8. Be kind to animals

9. Look for ways to be helpful to others

12. Be grateful to God for everything