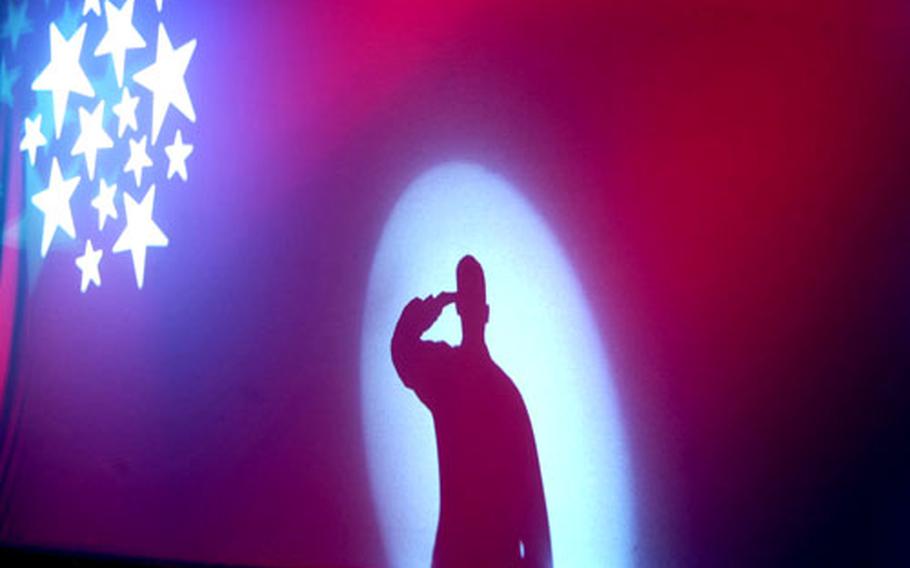 The U.S. Army Soldier Show 2005 opened at Yongsan Garrison on Saturday with audience members singing the national anthem while a silhouette of a “saluting soldier” was shown on a screen. (T.D. Flack / S&S)

The U.S. Army Soldier Show 2005 opened at Yongsan Garrison on Saturday with audience members singing the national anthem while a silhouette of a “saluting soldier” was shown on a screen. (T.D. Flack / S&S) 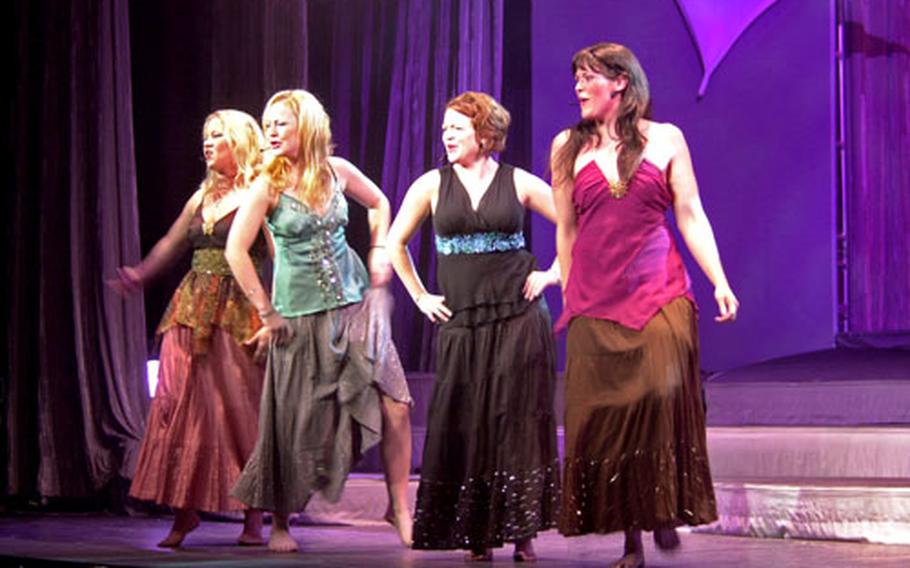 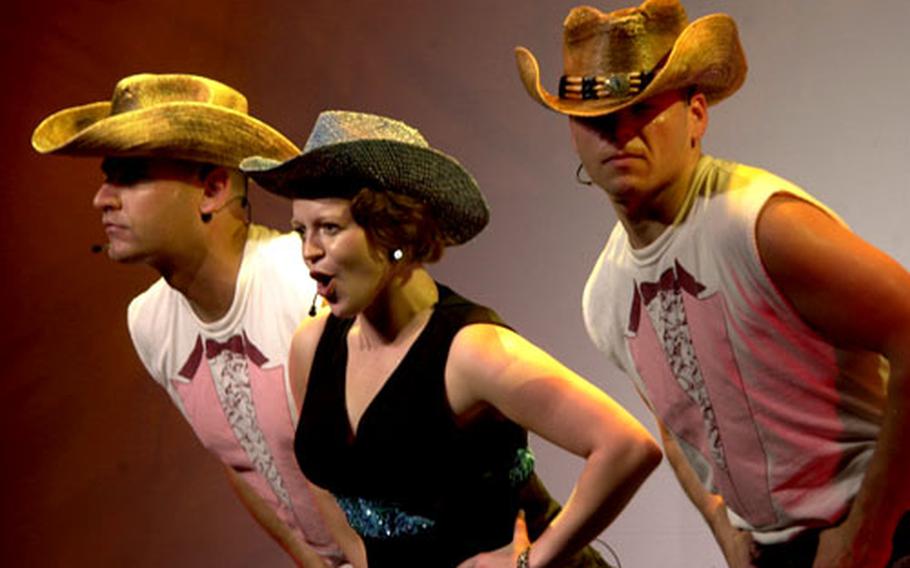 Spc. Rondi Edward performs a skit where she pretends to be a deployed soldier who decides to put on her own Soldier Show after donning a gown over her uniform. (T.D. Flack / S&S) 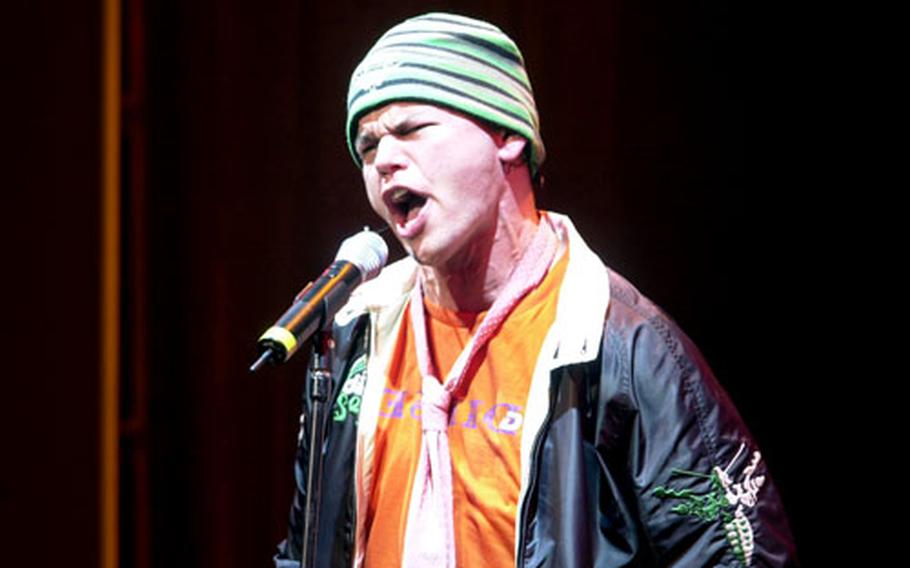 YONGSAN GARRISON, South Korea &#8212; The only thing hotter than the muggy air in the Collier Field House on Saturday was the talent on stage during the U.S. Army Soldier Show 2005.

The cast had members of the base community bouncing in their seats, clapping and singing along with everything from rock to country, soul to Top 40.

The show, which makes it to the Pacific every other year, was called &#8220;Operation America Cares.&#8221; Its goal, according to a program brochure, is to bring a bit of home to deployed soldiers. The cast and crew, all U.S. soldiers, spend six months on the road, traveling more than 50,000 miles, performing more than 100 times in 57 locations to more than 100,000 people.

The show began with the audience standing to join in the national anthem, facing a giant screen with the silhouette of a soldier saluting in a circle of light. The performers hit the stage full of energy, performing skits, dancing and singing.

Since all three of his kids want to play musical instruments, he said, Collier was the right place to spend a Saturday evening.

The field house was packed, with base residents filling rows of chairs and the bleachers, fanning themselves with brochures to stay cool.

Staff Sgt. Ronald Nagy, a local soldier who volunteered to help with the show, was wearing his dress uniform.

He volunteered, he said, because it gave him &#8220;the opportunity to interact with the community.&#8221;

The Soldier Show also will visit: