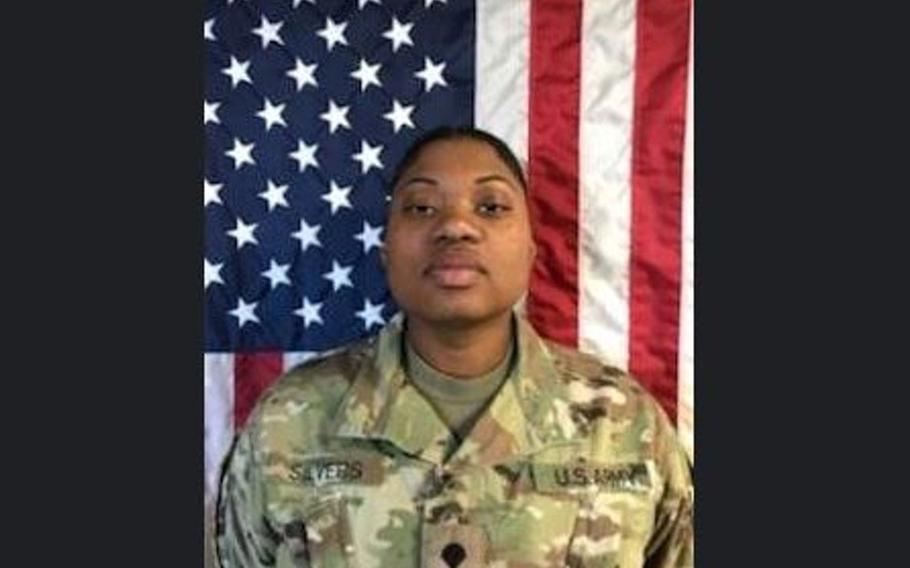 The Army has released the name of a soldier who was shot and killed at Fort Campbell, Ky.

Sgt. Brittney Silvers, of Jacksonville, Fla., was an automated logistical specialist in the 101st Airborne Division’s 101st Combat Aviation Brigade. She was killed Sunday around 10 p.m. while off duty, and her husband was taken into custody, according to a U.S. Army statement.

Court documents said Silvers and her husband, Victor Silvers, were in the process of getting a divorce, according to The Clarksville Leaf-Chronicle. She took out a restraining order against him earlier this month.

Brittney Silvers joined the Army in 2011 and completed training at Fort Jackson, S.C., and Fort Lee, Va. She served for several years at Fort Hood, Texas, before arriving at Fort Campbell in 2016.

She was posthumously promoted to sergeant and received the Army Commendation Medal.

The U.S. Army Criminal Investigation Command and the Louisville division of the FBI are investigating, according to the Army.