Soldier’s tale a cautionary one about medical records 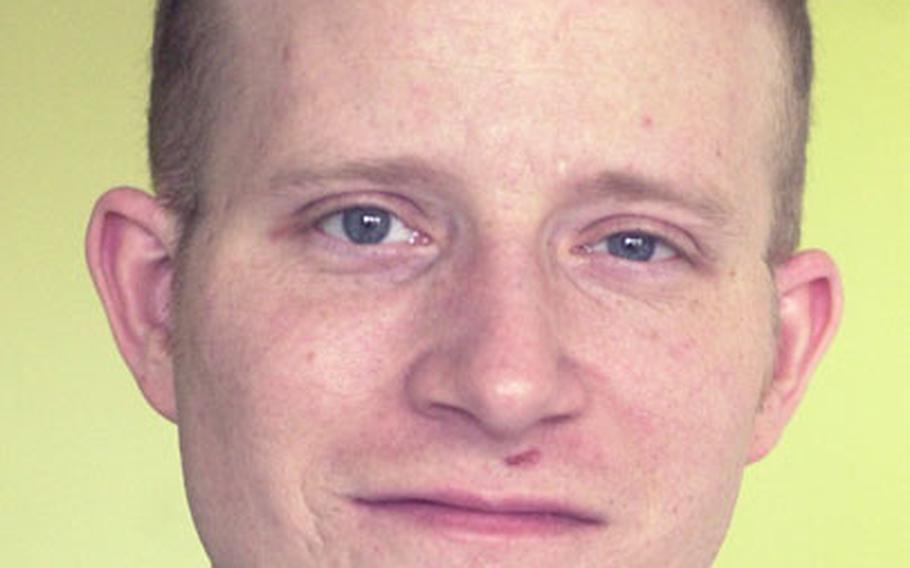 Barry Siddall: “If you don’t take care of yourself, nobody will." (Courtesy photo)

Not long ago, Barry Siddall was a soldier, with responsibilities and a purpose in life. Now, all he has to show for five years of service is a bad back, and a dependence on morphine and Percocet, a narcotic similar to codeine.

What makes Siddall&#8217;s story different from other soldiers&#8217; is that so much went so wrong. Not horribly wrong on the battlefield. Freaky wrong: A freak injury. Discovery of a congenital defect. Lost medical records. Contradictory findings. Unlucky timing.

Because, like many soldiers, he didn&#8217;t understand the system, he wasn&#8217;t able to help himself much. But neither did the system help him. Siddall&#8217;s is a cautionary tale about the limits of medicine, the limits of bureaucracies: &#8220;Muddy,&#8221; is the way Dr. (Lt. Col.) Jeffrey Lawson, commander of Baumholder&#8217;s clinic, describes the situation.

In April 2003, while posted to the 2nd Infantry Division in South Korea, Siddall was carrying a bed, unloading furniture for his barracks, when he slipped on a step.

He ended up in the base clinic. What happened after the accident was the first misstep. Siddall didn&#8217;t get a &#8220;line-of-duty determination,&#8221; a unit-level report on the injury, Lawson said.

Without that report, it would be more difficult to connect the injury to his service.

The accident put Siddall on what became a permanent profile &#8212; limited-duty status.

But with the profile, his Army career started unraveling. In the combat-arms world, soldiers will do anything to avoid going on profile. They are often seen as shirkers and deadbeats, especially those without visible injuries.

When he transferred to the 1st Armored Division&#8217;s 1st Battalion, 6th Infantry Regiment in Baumholder, he ended up training at Grafenw&#246;hr and Hohenfels, trying to cope with the pain. Ultimately, he ended up assigned to the arms room, lifting heavy weapons.

No doctors dispute Siddall is in a lot of pain. An X-ray revealed the soldier has scoliosis, or curvature of the spine, a congenital defect, Lawson said.

Siddall&#8217;s is a mild curvature, so the doctors who performed his enlistment physical may not have seen it, he said. But scoliosis makes Siddall susceptible to back problems, perhaps the trickiest of physical ailments to diagnose and treat, according to Lawson.

A certain number of patients require surgery. For others, the problem goes away on its own. And for the rest, all doctors can do is try to control the pain, Lawson said. Doctors had tried steroid injections to his spine and a nerve block. Nothing worked. Finally, they prescribed Percocet, as well as a patch, similar to a nicotine patch, that administers morphine into Siddall&#8217;s system every day.

At least one doctor at Landstuhl Regional Medical Center recommended a medical evaluation board, or MEB. In an MEB, at least two physicians evaluate the soldier&#8217;s medical history and decide whether the problem is treatable, or if the soldier is unfit for duty.

In the meantime, his pain was getting worse, as was his luck.

Before he could go to the next step, a Physical Evaluation Board, or PEB, the clinic lost most of his records.

There are about 250,000 patients in the Europe Regional Medical Command, at three hospitals and 26 clinics, according to command officials. During 2005, about 434 records were misplaced, or about 0.2 percent. They include those kept by the patient in violation of regulations, misfiled or sent to the wrong facility.

Siddall could have appealed the PEB, but didn&#8217;t, giving up any claims, including a severance, Lawson said. Because it&#8217;s such a lengthy process, he would have separated from the Army during the appeal until he reupped. And if he had lost the PEB appeal, he could have been found fit for duty and sent to Iraq, toting around weapons in a drug-induced fog, Siddall said.

The narcotics extend his pain-free periods from 20 minutes to full days. But his speech is sometimes thick, his mental processes dulled.

If he had some financial help, he could get a car and a job, then use his benefits as the child of a wounded veteran (his father was wounded in Vietnam) to start college.

Right now, his only hope is that the Veterans Administration will look at what documents he has left and give him disability benefits.

Asked how he sees himself in six months, Siddall said one word.

The Composite Health Care System II, or ALTA, digitizes records, making them accessible to military care providers worldwide. Though the program already is in place at many post clinics, including Baumholder&#8217;s, an integrated, universal system isn&#8217;t scheduled to be completed in the United States until 2014, according to Department of Defense documents.

Even with the new system, soldiers should periodically ask for copies of their medical files, said Lt. Col Jeff Lawson, commander of Baumholder&#8217;s clinic. Even digital databases can fail or fall victim to viruses, he said.

Patients must get backup hard copies periodically in case something goes wrong.

If you&#8217;re hurt, get a line of duty determination &#8212; an immediate evaluation of what happened. You may need it if you have future complications.Soldiers also must have a better understanding of their post-service benefits through VA, and what documents they&#8217;ll need.Soldiers also must be tenacious when medical rulings go against them. Appeals take time and patience. But if they&#8217;re convinced they&#8217;re right, they must appeal or they&#8217;ll lose those disputed benefits forever.&#8212; Terry Boyd