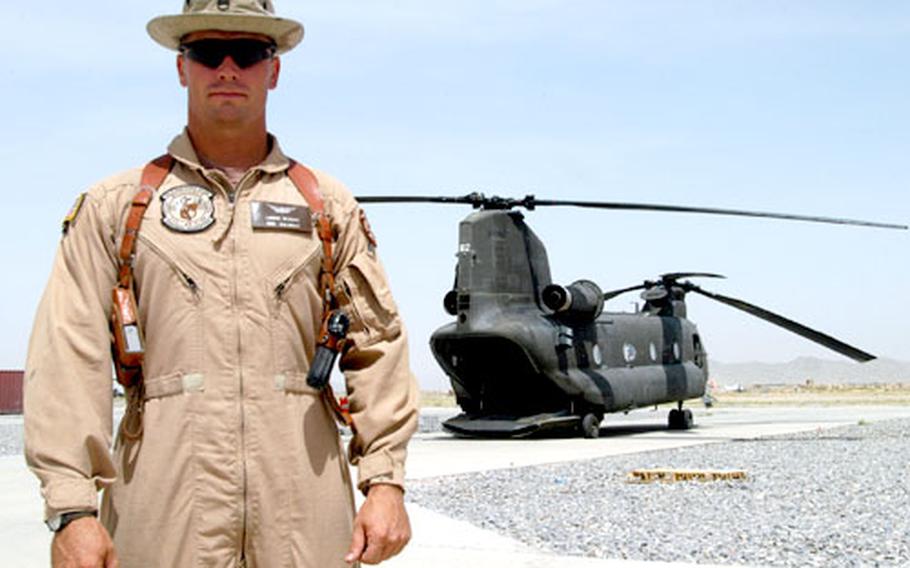 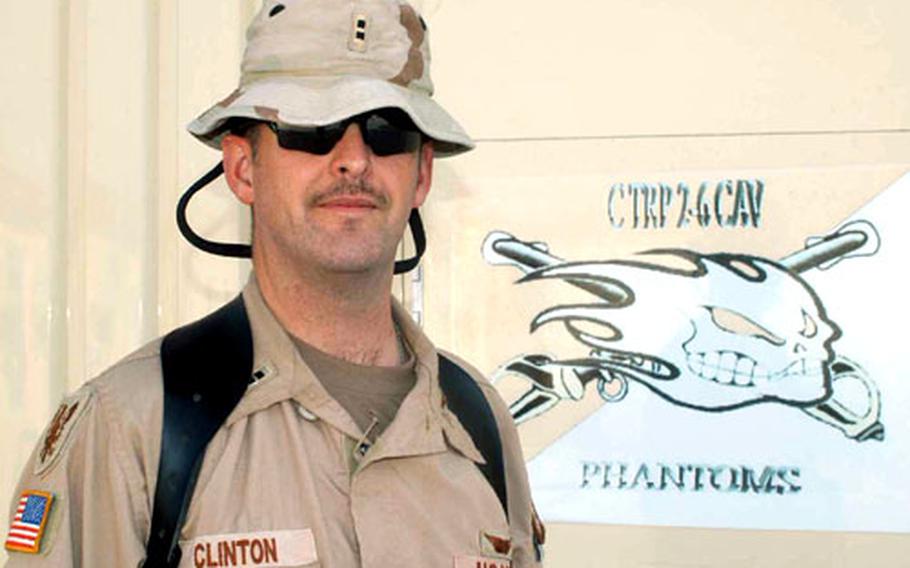 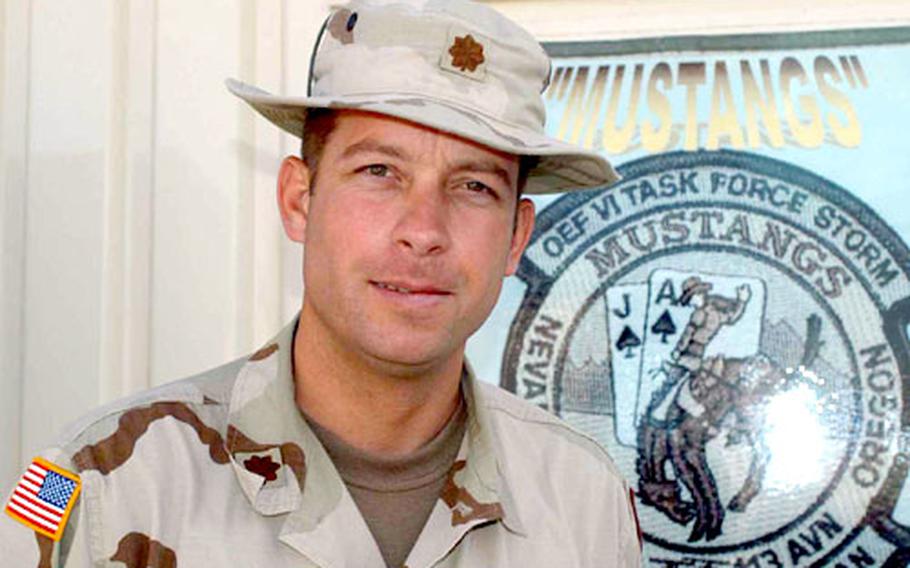 Albert&#8217;s crew, from Company D of the Nevada Army National Guard&#8217;s 113th Aviation Regiment, had just dropped off some Afghan troops near the top of a rugged valley 65 miles northeast of Kandahar. Although rebels had battled all day among the rocks and crevasses against combined U.S. and Afghan forces, there&#8217;d been no enemy fire on this evening run. Not until the big Chinook, its rear ramp open, lifted about 20 feet off the ground.

Suddenly, he heard explosions just behind the aircraft. He felt the Chinook tilt nose-down as a barrage ripped the through the aluminum skin. One struck eight inches from his head.

Most ominously, a round clipped a fuel line in the helicopter&#8217;s wall, soaking his flight suit with a flammable mist of fuel and igniting a smoldering fire in some insulation.

For Albert and other aviators from the Kandahar-based Task Force Storm (which also includes parts of the Germany-based 3rd Battalion, 158th Aviation Regiment, and 2nd Squadron, 6th Cavalry Regiment) that day, June 21, was the most intense since their tour began in March.

The close call wiped out any lingering thoughts of Afghanistan as a benign peacekeeping mission. The shootdown of a Special Forces Chinook this week under eerily similar circumstances near Asadabad pounded home the point. In fact, six of the company&#8217;s 12 choppers have been hit by enemy fire.

The aviators, working with troops from the 173rd Airborne Brigade&#8217;s 2nd Battalion, 503rd Infantry Regiment from Vicenza, Italy, and Afghan police, kicked off Operation Catania in that day&#8217;s 11-hour battle.

No Americans died during the three-day Deh Chopan campaign. The Afghan government reported 102 insurgents dead, making Catania one the bloodiest operations of the war.

Planners didn&#8217;t expect a battle that day. They were carrying infantryman who intended to search houses for a band of Taliban who had kidnapped 12 policemen and executed three of them days earlier.

Chief Warrant Officer 2 Steve Clinton, 35, of Dublin, Ireland, piloting the Apache, raced low over the village to scout for signs of trouble. Seeing none, he directed the Chinooks to a landing zone just south of the clump of 20 mud huts.

But later that morning, Clinton and Thompson saw swarms of Afghan men dressed in caftans running north to hide in the valley&#8217;s rocky folds. Thompson brought in the second insertion of troops to a new landing zone about two miles up the four-mile-long valley. This time, the insurgents let loose on the Chinooks.

The 2-503 Infantry squads chased the insurgents up the valley. Clinton, with his Apache-eye view, could see the smoke from their weapons. He directed friendly forces toward them or blasted away himself with his rockets and machine gun.

Clinton and Thompson both flew until late afternoon with little respite despite temperatures above 100 degrees. Adrenaline, and thoughts of the grunts toughing it out on the ground, kept them going.

Once, Thompson maneuvered his bird into a hot landing zone to pick up an injured soldier whose squad was under fire.

Enemy corpses piled up all day on the hillside. Yet the insurgents fought on, repeatedly popping up in areas the pilots thought they&#8217;d cleared.

That&#8217;s what happened to Albert&#8217;s Chinook, part of a second shift that joined the battle in the early evening.

As smoke filled the aircraft&#8217;s interior, 15 rounds pierced its skin, one of them tearing through the ammo tray of the right-side gunner, Sgt. Tim Handforth.

The backdraft from the rotor blew through the open ramp and fanned the fire inside the big cabin. Albert emptied two small fire extinguishers, to no effect.

Then Albert spied a 5-gallon water bucket near Handforth. The gunner tossed it to him, and he dumped the contents against the wall. Luckily, it worked.

In a matter of minutes, DePartee set the Chinook down in a wheat field next to a friendly Afghan army camp about five miles away, cutting the fuel and the engines as the crew scrambled out. It was about 7:30 p.m. local time.

But their night wasn&#8217;t over. A Downed Aircraft Recovery Team flew in to help patch up the broken fuel and hydraulic lines.

Eight hours later, the injured Chinook lifted off again. The patches held. Fire crews surrounded the helicopter as it landed, but this time they weren&#8217;t needed. Three other Chinooks had been hit that night, but all returned safely to base.

Albert had known danger before. He spent six years in the Marine Corps and has fought forest fires back home in Oregon. In civilian life, he&#8217;s on a special-response team that quells disturbances at a prison.

But Albert and his crewmates knew they&#8217;d had a close shave.