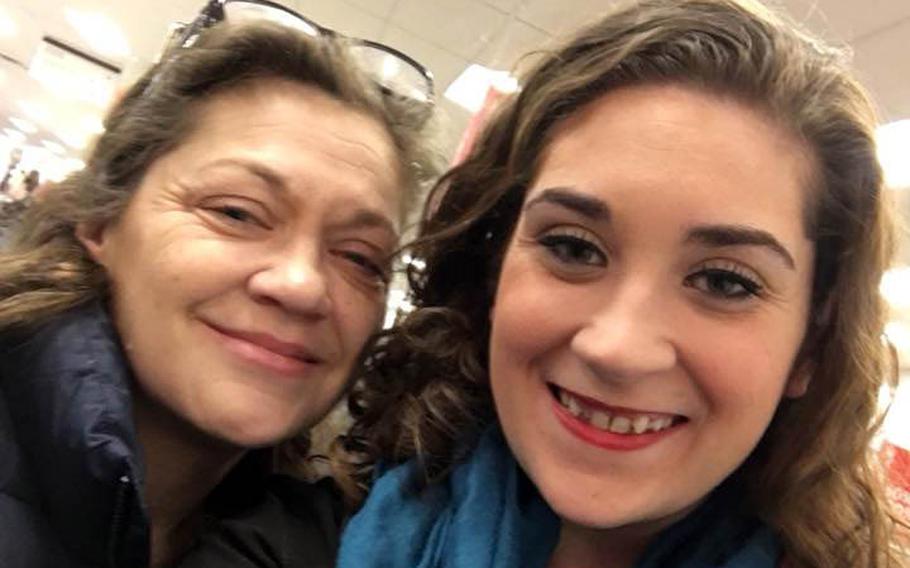 Pamela Fitzgerald, left, seen here with her daughter, Meaghan McMillan, turned up at Misawa Air Base, Japan, Thursday, March 15, 2018, after being lost for two days. (Courtesy of Meaghan McMillan)

Pamela Fitzgerald, left, seen here with her daughter, Meaghan McMillan, turned up at Misawa Air Base, Japan, Thursday, March 15, 2018, after being lost for two days. (Courtesy of Meaghan McMillan) 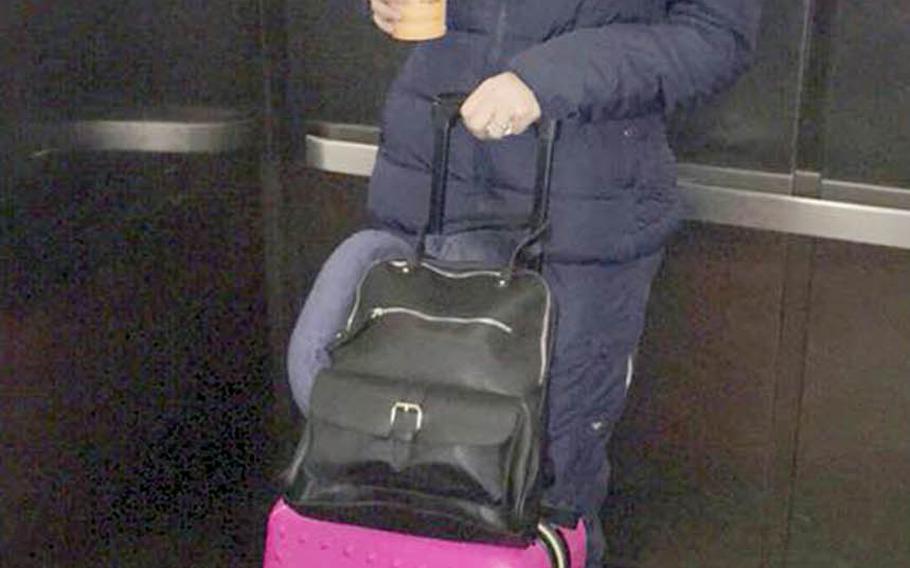 Pamela Fitzgerald was photographed shortly before departing Burlington, Vermont, Monday, March 12, 2018. She went missing shortly after arriving in Japan the next day. (Courtesy of Meaghan McMillan)

TOKYO — The search for a soldier’s mother, lost for two days during a trip to Japan, was called off Thursday evening after she suddenly turned up at Misawa Air Base.

Pamela Fitzgerald, 47, of Vermont, went missing Tuesday on the way from Narita International Airport to the base in northeastern Japan. She was supposed to rendezvous with her son, Misawa-based Army Staff Sgt. Mike McMillan, at Hachinohe Station, that evening but never arrived.

“We were hoping she had just missed the trains and had to wait until morning,” daughter-in-law Ashley McMillan told Stars and Stripes before Fitzgerald was found. “But [Mike] waited until about noon [Wednesday] and she didn’t show up.”

When Fitzgerald failed to call or send messages, her family contacted the U.S. Embassy and Japanese authorities to report the disappearance. Officials checked hospitals for Fitzgerald, who suffers from diabetes.

The search was called off after the military mom arrived at Misawa and saw her picture posted at the front gate with a be-on-the-lookout notice, Ashley McMillan said. Fitzgerald pointed at her likeness and said, “That’s me,” before bursting into tears.

Fitzgerald had been “lost in the train stations” and had about $115 left out of $900 she’d converted to Japanese yen when she arrived, McMillan said. She spent the money on trains and taxis, and spent two sleepless nights in train stations.