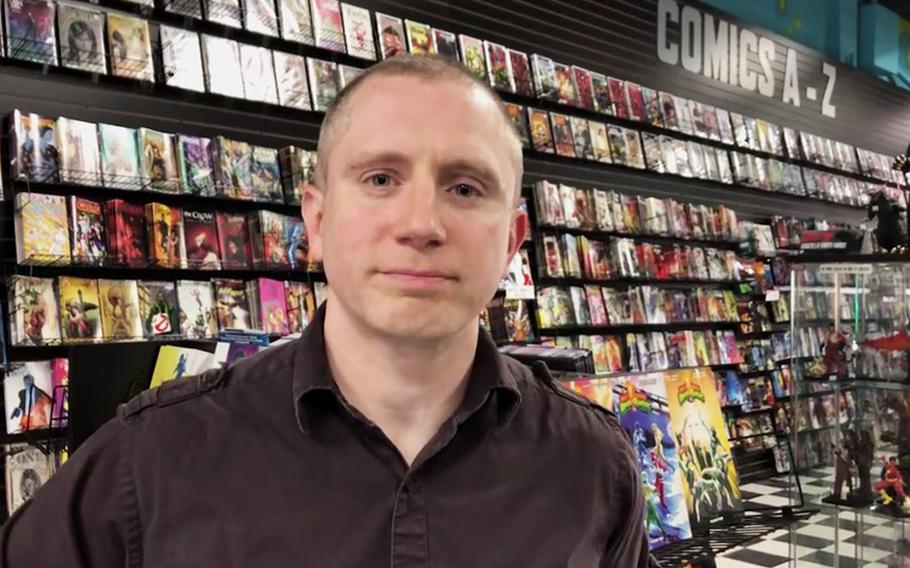 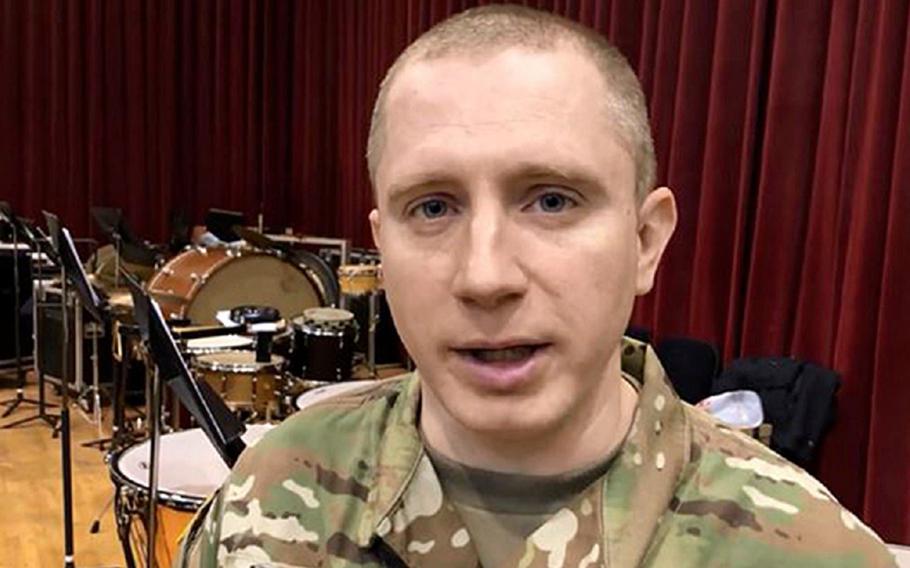 A graphic novel written by Sgt. 1st Class Phillip Kennedy Johnson is being made into a Netflix movie. (DVIDS screenshot) 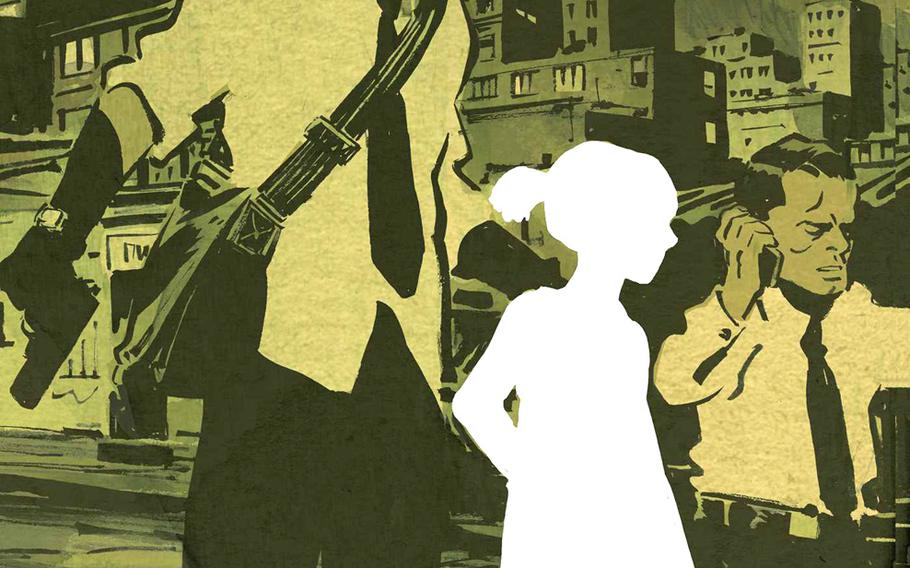 The cover of ''The Last Sons of America,'' a graphic novel written by Phillip Kennedy Johnson, a U.S. Army sergeant, that Netflix will be making a movie from. (Courtesy Simon & Schuster)

A gritty future where nobody in the U.S. is able to have children after a biological terrorist attack will soon be brought to life as a Netflix original movie starring "Game of Thrones" star Peter Dinklage — all from the imagination of an Army sergeant.

Based on the post-apocalyptic graphic novel “The Last Sons of America,” which Sgt 1st Class Phillip Kennedy Johnson wrote while serving as a trumpet player with the Washington, D.C.-based U.S. Army Field Band, the adaptation will be produced by Matt Reeves, writer and director of the upcoming Warner Bros. film “The Batman,” Netflix announced earlier this month.

“I haven’t had time to really process everything yet, but I’m really excited,” said Johnson, who has served 13 years in the Army.

Johnson’s graphic novel, with the art of D.C.-based comic book artist Matthew Dow Smith, was published as a four-book series in 2015 and was released as compendium in January 2017.

It’s set in the near future, when the world’s adoption rates boom and human trafficking is the norm as children become a valuable commodity. Brothers Jackie and Julian, who operate a South American adoption agency, get mixed up with criminal organizations who kidnap children to sell them to desperate Americans.

“When the brothers suddenly find themselves with their backs against the wall, Jackie makes a grave mistake that sends them spiraling into a dark mystery at the root of their world’s status quo; a mystery much darker than they might be able to bear,” a Netflix synopsis said.

The world of the story is a dystopia, but “not like a ‘Mad-Max’ type dystopia,” Johnson said.

“The story is more about the two brothers and how they move through this world and develop together,” he said.

He got the idea for the story after a January 2010 earthquake that devastated Haiti, killing a reported 300,000 and leaving about 1 million without homes. Johnson, who was doing volunteer work to combat human trafficking around that time, heard a story on the news about a group from Idaho that had tried to “rescue” three-dozen Haitian children by taking them across the border to an orphanage in the Dominican Republic.

There were two problems—the Americans didn’t have permission to transport the kids and many of them had living parents. The group was arrested on kidnapping charges, and Johnson began asking himself, “what would happen if this was the only way for Americans to have kids.”

Published by BOOM! Studios, “The Last Sons of America” is his first published comic and explores contemporary issues like the effects the U.S. has on the rest of the world, as well as concerns about for-profit adoption agencies and human trafficking.

The move to turn it into a feature film came after Dinklage picked up the book one day.

“All the buzz around ‘Last Sons of America’ started when Peter Dinklage discovered the book and apparently really liked it and saw himself in it,” Johnson said.

Dinklage then brought it to Reeves, best known for helming 2008’s “Cloverfield” and the last two films in the recent “Planet of the Apes” trilogy. The film will be adapted and directed by Josh Mond, writer and director of 2015’s “James White,” Netflix said. Additional casting is still being discussed, Deadline Hollywood reported.

Since his first book was published, Johnson has written several others, including the four issues series “Warlords of Appalachia” about a feudal warlord in rural Kentucky after a second U.S. civil war.

He says being a soldier has given him a unique perspective on the world, that other writers may not have.

“All of my stories are about America and I think show my patriotism a little bit,” Johnson said. “My experience of being in the military has been nothing but positive for me as a writer and a person.”

The Army and his command have been supportive of his writing and have allowed him the flexibility he needs, though he sometimes struggles to find time to write.

“I travel a lot for my job, so I write all the time on the bus, or in hotels, or even just for 30 seconds at a time at the gym or in line at the pharmacy — whenever I get a chance to write,” Johnson said.

While his writing career is flourishing, he said he wants to stay in the Army.

“I love my writing, and I’m definitely going to keep doing it. I have a ton of stories I want to tell. But, I value the work I do with the Army Field Band,” Johnson said. “I wouldn’t quit for anything.”

Servicemembers pursuing creative projects will face challenges, Johnson said, but they should know that it’s possible to succeed.

“You’ll have to make sacrifices to give everyone your best work, but you can do it, and it can be extremely rewarding,” he said.