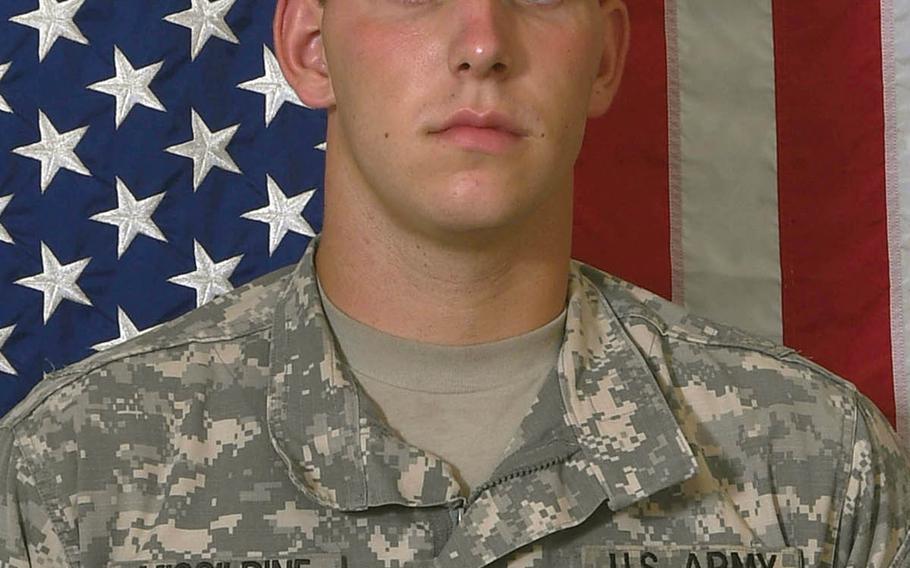 WASHINGTON — The U.S. soldier killed in a roadside bomb blast Sunday in Iraq was a 20-year-old transport driver less than a month into his first overseas deployment, according to the Pentagon.

One other American soldier was injured in the attack on a U.S. convoy traveling in Salaheddin province in northern central Iraq, which includes Shirqat, one of a few remaining Iraqi towns where Islamic State militants control territory.

Iraqi security forces in recent weeks have been conducting combat operations around the town with American support as they aim to push ISIS out of Salaheddin and neighboring Kirkuk province. Shirqat sits along the Tigris River about 60 miles south of Mosul, the former Iraqi capital of ISIS that was declared liberated in July.

Areas of Ninevah, Salaheddin and Kirkuk remain littered with explosives and other booby traps, a favorite weapon among ISIS fighters, Pentagon officials have said.

Missildine was from Tyler, Texas. He joined the Army in July 2015 and arrived at his unit at Fort Polk that December. The unit deployed to Iraq in September, replacing an element of the Army’s 82nd Airborne Division, tasked with training and assisting Iraqi security forces as they battle the remains of ISIS in the group’s final Iraqi territories — around Hawija in Kirkuk province and in western Anbar province near the Syrian border.

Missildine was the 13th U.S. servicemember killed by enemy actions in Iraq or Syria since the United States began fighting ISIS in 2014, according to Pentagon data. More than 50 troops have been wounded in action.

Missildine shared posts on his Facebook page depicting his Army life, including a photograph posted Sept. 15 that appeared to show a military encampment in Iraq. Even before he joined the Army, after graduating from Robert E. Lee High School in 2015, Missildine regularly posted images of American troops, among other posts showing him playing the baritone horn in the school’s band.

Family members and friends shared memories of the fallen soldier on the social media website.

Logan Brown, who identified himself as Missildine’s cousin in a public post, shared a photograph of Missildine in uniform and wrote he was proud of the soldier.

“This is the face of an American hero, somebody who gave his all,” Brown wrote. “… We're all proud of you, and I promise as I write this with tears in my eyes you'll never be forgotten.”

Missildine’s awards and decorations include the Bronze Star, Purple Heart and Combat Action Badge, according to the Army.

Missildine is survived by his mother, father and step-parents, the Army said.