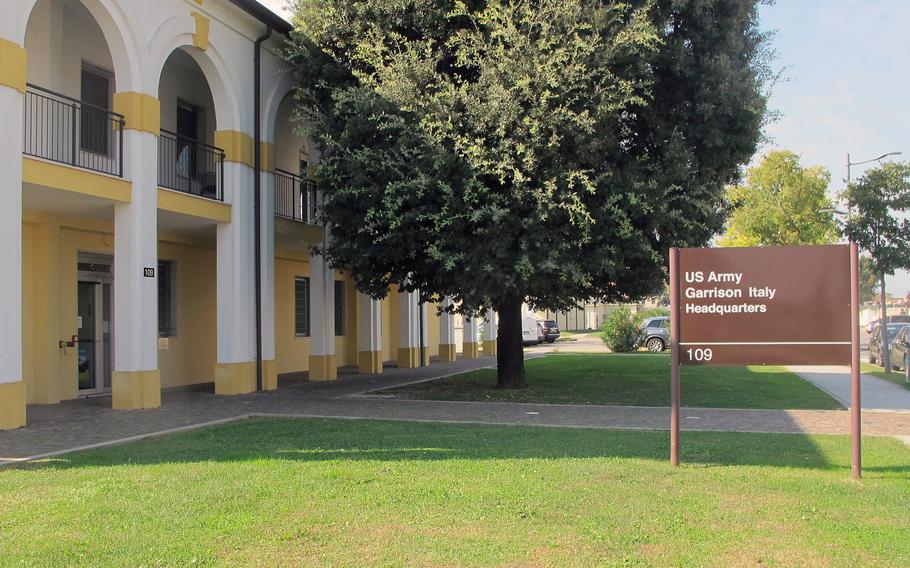 A soldier from U.S. Army Garrison Italy was diagnosed Monday with bacterial meningitis. ()

VICENZA, Italy — Public health officials were working Wednesday to locate and treat people who had contact over the weekend with a gravely ill U.S. soldier diagnosed with bacterial meningitis.

Italian public health authorities were trying to locate up to 200 people who went on Friday to a popular local nightclub, Custom Club, so that if needed they could be provided prophylactic antibiotics, according to the newspaper Giornale di Vicenza.

The effort began after a 25-year-old paratrooper with the 173rd Airborne Brigade was taken to the San Bortolo Hospital emergency room on Monday following worsening symptoms — fever and headache — he’d reported earlier.

On Wednesday, the soldier, who has not been identified, was reportedly in guarded condition in a medically induced coma.

Col. Rodney Coldren, chief of preventive medicine services for Public Health Command-Europe at Landstuhl Regional Medical Center in Germany, said that U.S. protocols to prevent spread of the infection are to identify those who were in close contact — who could have shared saliva or respiratory secretions with an infected person or had prolonged contact such as sharing a room — and provide a one-time dose of a prophylactic antibiotic. Less close contacts are just monitored. “Initially you cast a very wide net and then apply what we call shoe leather epidemiology,” Coldren said.

At the nightclub, for instance, public health officials would first want to identify for prophylactic treatment anyone whom the paratrooper coughed or sneezed on, shared a drink with or kissed.

Maj. Chris Forster, the 173rd Brigade’s command surgeon, said that the brigade also chose to treat anyone who’d spent more than eight hours within three feet of the ill paratrooper after he started showing symptoms. He declined to say how many people had received the treatment.

Meningococcal meningitis, named for the type of bacterium involved, is a serious infection of the lining that surrounds the brain and spinal cord.

Untreated, it’s fatal up to half the time and causes disabilities in more than 10 percent of patients who recover, according to the World Health Organization.

The bacterium can also infect the blood and cause sepsis, an even more life-threatening illness that can result in multiple organ failure.

The disease, with an incubation period of between two and 10 days, is a medical emergency that can move swiftly from headache, fever and stiff neck to seizures and loss of consciousness.

Early antibiotic treatment is the most important measure to save lives and reduce complications, according to the Centers for Disease Control and Prevention.

The disease is spread through saliva and respiratory secretions during coughing, sneezing, kissing or sharing eating or drinking utensils, according to the CDC.

Since the 1970s, the military has had a policy of universal meningococcal vaccination for everyone entering all branches of service, substantially driving down incidence of the disease. A study in 2012 by researchers at the Naval Health Research Center in San Diego identified 26 cases of meningococcal disease in troops from 2006 to 2010. Of those, 15 had received vaccinations. Five cases were fatal.

Forster declined to say if the paratrooper had been vaccinated or speculate whether he’d contracted a strain not included in the vaccinations.

Meningococcal meningitis is observed worldwide but the highest burden of the disease is in the “meningitis belt” of sub-Saharan Africa stretching from Senegal to Ethiopia, according to the WHO. Around 30,000 cases are still reported each year from that region.