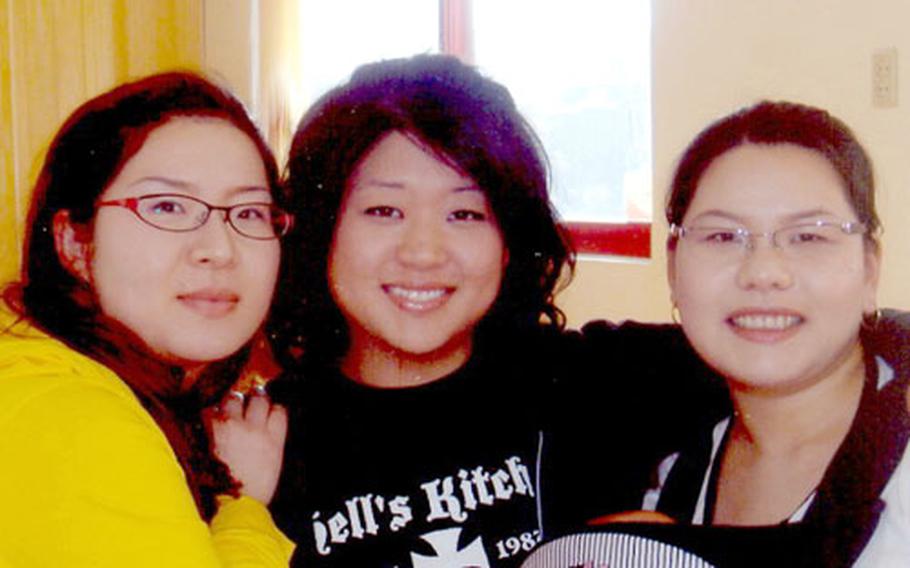 Sgt. Faith Vazquez, above center with her two sisters, found her Korean birth family this year. (Courtesy of Faith Vazquez)

Sgt. Faith Vazquez, above center with her two sisters, found her Korean birth family this year. (Courtesy of Faith Vazquez) 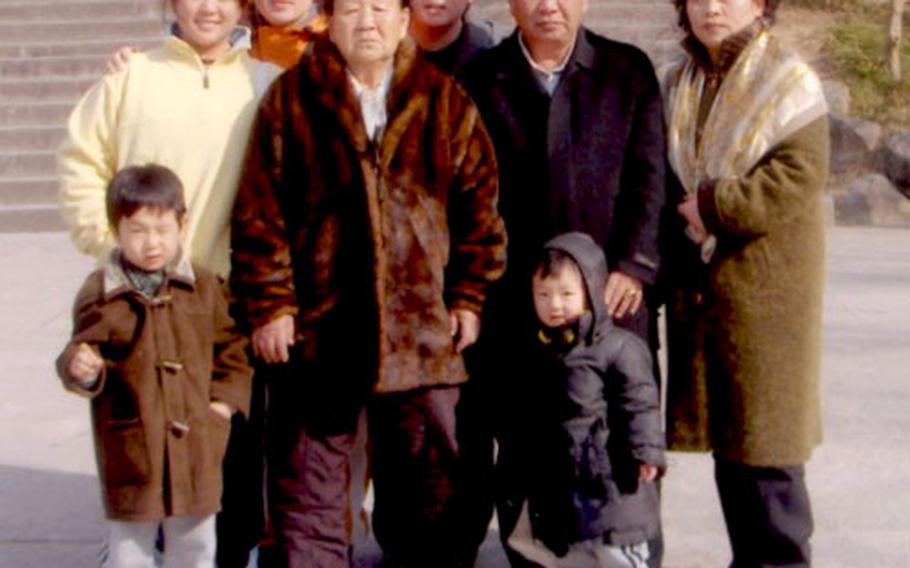 CAMP CASEY, South Korea &#8212; With two daughters, Park Hee-soon knew the pain of childbirth &#8212; but this time was different.

Her third daughter was a difficult breech birth. Park was anesthetized. When she awoke, her mother-in-law told her the little girl had not survived.

But whenever she&#8217;d watch a television show about a long-lost family reuniting, she wept. &#8220;Somewhere in my thoughts, I felt as if my daughter were alive,&#8221; Park said.

Sgt. Faith Vazquez calls Defiance, Ohio, home, but she also lived in Hawaii and other duty stations with her mother and Navy father. Her then-childless parents adopted her through a Seoul agency when she was 4 months old.

She joined the Army after high school graduation. Her first assignment was a one-year tour at South Korea&#8217;s Yongsan Garrison.

She then set off for three years at Fort Riley, Kan., where her husband now serves in the Army.

She returned to South Korea for a one-year unaccompanied tour in October, conflicted over whether to seek her birth family. She didn&#8217;t want to slight her adoptive parents.

But with an adopted co-worker&#8217;s encouragement, she contacted the Seoul agency that processed her adoption. Within weeks, the agency phoned: &#8220;Faith, we&#8217;ve found your family.&#8221;

A quarter-century ago, Korean culture taught that women were burdens but that men could earn livings and support older family members.

When Park&#8217;s third daughter was born, her mother-in-law visited a fortuneteller, who prophesied: Give up the third daughter, and you will receive a son the next time.

The fortuneteller was right: Park gave birth to a son three years later.

But suddenly that third daughter, Kwan Sung-yung, was coming to visit. Except her name now was Faith, and she spoke English.

Vazquez says she understands her grandmother&#8217;s action and holds no ill will, saying, &#8220;At the time, they were very poor. She wanted to spare them having to give the child up, and to give me a better life.&#8221;

Park was less willing to forgive, saying, &#8220;At first, I held a grudge and bitter feelings toward my mother-in-law for the big lie. I couldn&#8217;t maintain a good relationship with my husband.&#8221;

Her anger dissipated shortly before Thanksgiving, when Faith Vazquez walked through the door and first met her biological parents, two sisters and a brother.

Park cried. Her husband cried. Before long, the whole house was awash with tears of joy.

After meeting her biological family, Vazquez called to tell her adoptive parents. They were shocked too, she says. Her mother understood, but her father was unsure what it all meant.

Vazquez has visited her biological family several times. Park says she is immensely grateful to Vazquez&#8217;s U.S. parents for raising &#8220;such a pretty, cheerful girl.&#8221;

Vazquez&#8217;s siblings speak enough English to translate, but Park said she wishes she could understand her daughter&#8217;s words and share everything. She knows Vazquez won&#8217;t stay in South Korea, nor can Park&#8217;s family move to the States. But she&#8217;s determined to keep in touch.