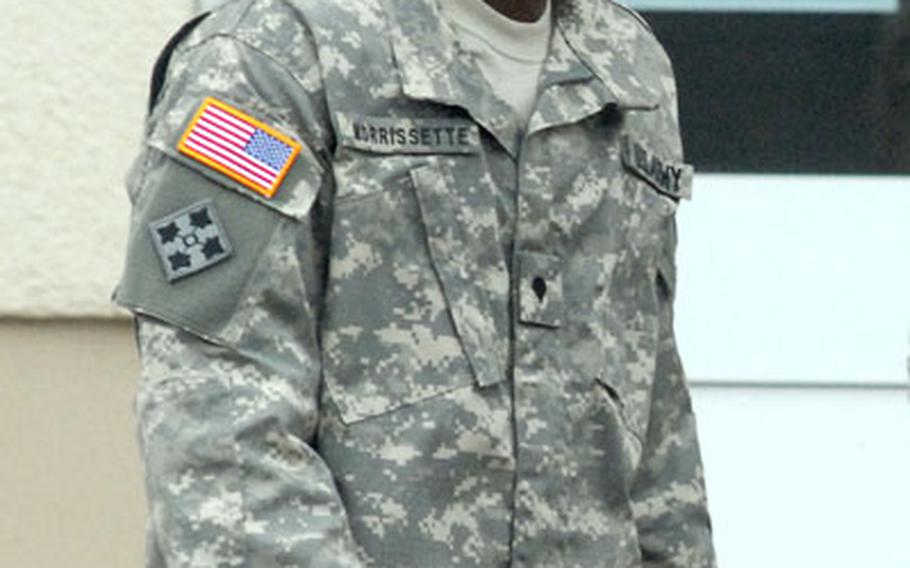 KAISERSLAUTERN, Germany &#8212; An Army soldier accused of participating in the alleged gang initiation death of another soldier in 2005 will face a charge of involuntary manslaughter instead of murder.

Brig. Gen. Scott West, commander of the 21st Theater Support Command, last week ordered Spc. Bobby Morrissette to face a court-martial in the killing of Sgt. Juwan Johnson, an Army spokesman said on Tuesday. But the commander dismissed a murder charge, which can carry a maximum punishment of life in prison without parole, based on the findings of a pretrial hearing held in December.

The maximum punishment for involuntary manslaughter includes a dishonorable discharge and 10 years in prison. That is still a more serious charge than what the investigating officer recommended to the commander, according to Morrissette&#8217;s attorney.

The Article 32 hearing officer in the case proposed a charge of negligent homicide in his report to West, said Maj. Jeremy Robinson. That charge includes a lighter sentence of three years in prison.

Morrissette also is accused of aggravated assault, making false official statements, professing to be a gang member, committing an indecent act and using indecent language. He faces 26&#189; years in prison if convicted on all counts.

His arraignment is scheduled for March 1, Robinson said. The court-martial has not been scheduled.

Morrissette is the first soldier to be tried in the beating death. Johnson, 25, was found dead on July 4, 2005, in his Kleber Kaserne barracks room, sparking an Army investigation and triggering concerns of a gang problem among troops in Europe. Investigators believe that as many as eight suspects had a role in the beating death.

Pfc. Latisha Ellis, the second soldier charged in the case, is still awaiting an Article 32 hearing, the military&#8217;s equivalent of a civilian grand jury proceeding. The hearing, which was originally scheduled for Feb. 12, has been postponed.