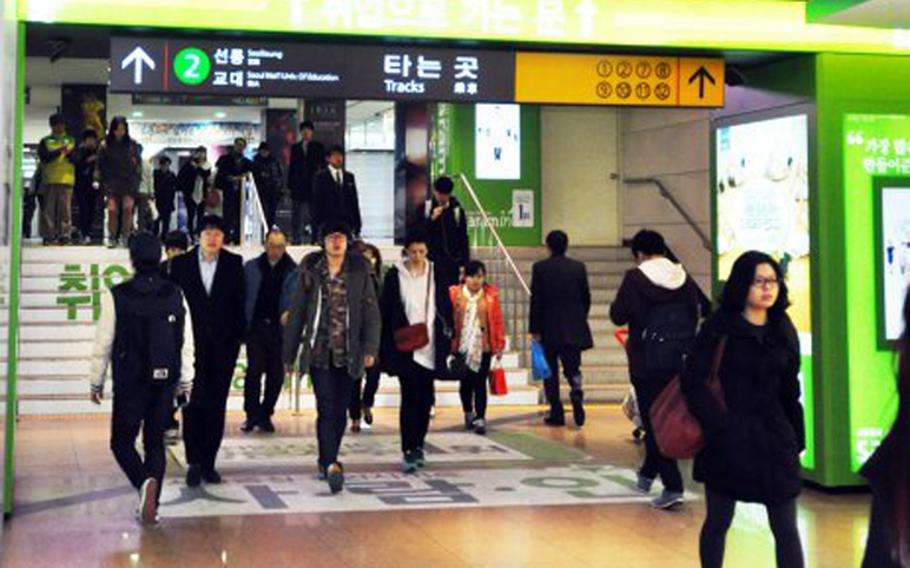 SEOUL — A 2nd Infantry Division private has been cleared of wrongdoing in a subway confrontation between a group of soldiers and a South Korean woman that drew national attention and led the military to apologize for the incident.

Pvt. Damian Roedl, 20, had been ordered to pay a fine of almost $1,000 for “insult/indecent act by compulsion/assault” after the Feb. 2 incident on the Dongducheon-to-Incheon train in which a group of soldiers was playing a boom-box loudly and dancing.

A South Korean woman in her early 20s asked the group to quiet down. Police said the soldiers then verbally and physically harassed the woman while taking photos and videos of her, and one or more of them may have touched her breasts.

Others on the subway car called police. The soldiers got off at the Mangwolsa station and pulled the woman onto the train platform, according to reports. Three soldiers were arrested there, and another three left before authorities arrived.

Roedl contested his fine, saying he was not guilty and the fine was too large.

The footage showed the group of soldiers standing on the subway platform after the altercation. Roedl stood several feet away from the subway door while another soldier appeared to briefly step inside and push a South Korean man who was arguing with and waving at them.

The man, Lee Jeong-Seob, testified during the Oct. 17 hearing that he had been injured in the incident. But after watching the footage, he said Roedl did not strike him and he did not remember who did.

The court spokesman said a statement Lee made to police after the incident was the central piece of evidence implicating Roedl. Another soldier told officials that Roedl was not involved in the altercation with Lee.

Korean authorities waived jurisdiction for two of the soldiers involved, and two others settled out of court. Another soldier, Pfc. Arthur Goodman, 20, paid a fine of almost $1,000 on the same charge facing Roedl, according to the 2ID.

Roedl told judges last month that he wanted to “just apologize for my comrades’ actions. It was very disrespectful and it was uncalled for, and I’m sorry for all this.”