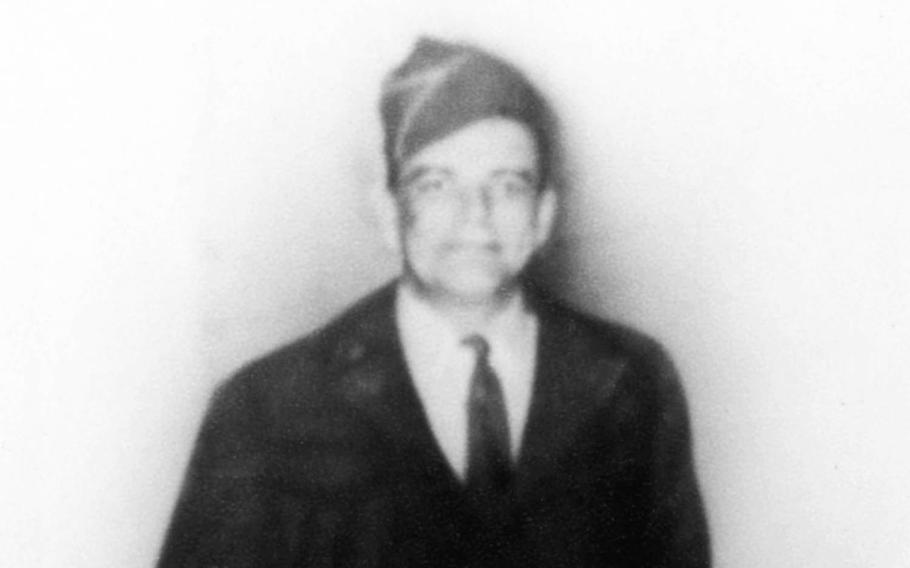 The remains of Army Pfc. Lavern C. Ullmer, of Dayton, Ohio, were buried with full military honors at the city's Willow View Cemetery, Friday, Nov. 11, 2016. Ullmer reportedly died at a North Korean prison camp in January 1951. His remains were recovered in 2005 and identified in October. (Courtesy of DPAA)

An American soldier has been laid to rest in his Ohio hometown 65 years after reportedly dying in a North Korean prison camp.

The remains of Pfc. Lavern C. Ullmer, 23, of Dayton, were buried on Veterans Day with full military honors at the city’s Willow View Cemetery.

The remains were interred between the graves of his parents, according to the Dayton Daily News.

Ullmer, assigned to Company B, 1st Battalion, 9th Infantry Regiment, 2nd Infantry Division, was declared missing in action on Nov. 30, 1950, after more than half his regiment was lost in attacks by the Chinese People’s Volunteer Army, a Defense POW/MIA Accounting Agency statement said.

Ullmer’s name did not appear on Korean War POW lists provided by the North Korean and Chinese militaries; however, two American POWs reported that he died at Hofong Camp on Jan. 21, 1951, the statement said. The Army updated Ullmer’s status to deceased, based on that information.

The remains were recovered in 2005 and identified last month by DPAA scientists in Hawaii using DNA comparisons with a sister and nephew, anthropological analysis and circumstantial evidence, the statement said.

More than 7,780 Americans remain unaccounted for from the Korean War.