Solar Challenge prepares medical personnel to shine in the field 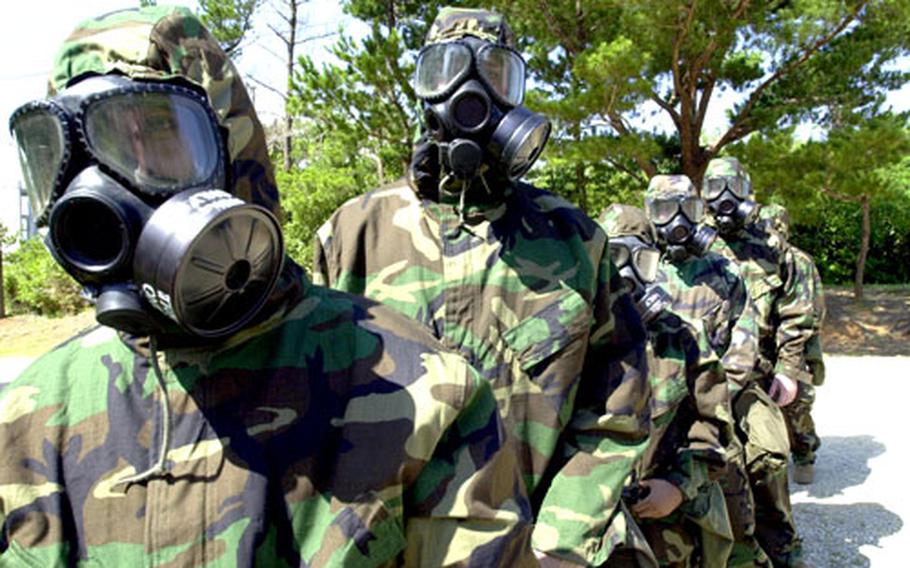 A sailor stands watch at the corner of a building Friday in "Combat Town" in one of Camp Hansen, Okinawa’s training areas. (Fred Zimmerman / S&S) 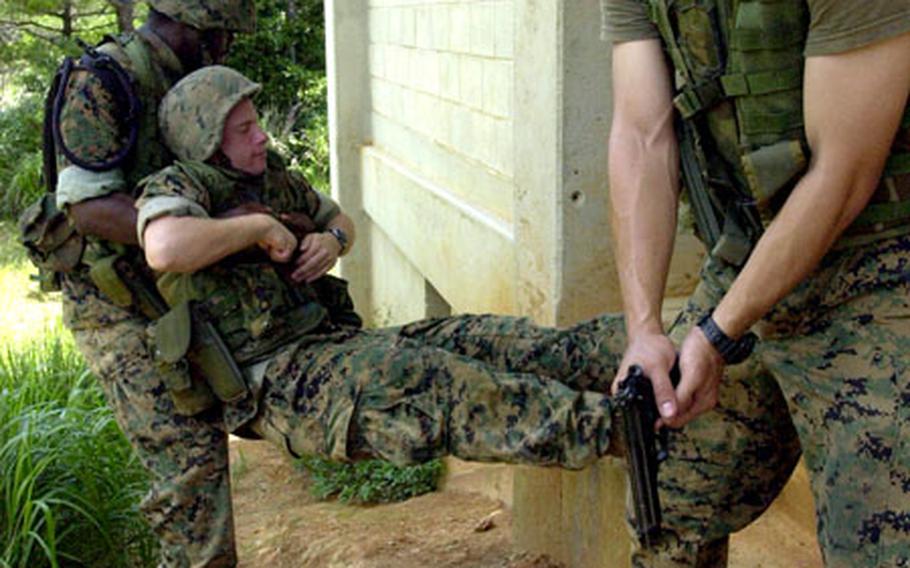 A sailor stands security as an "injured" servicemember is evacuated from the area Friday. (Fred Zimmerman / S&S) 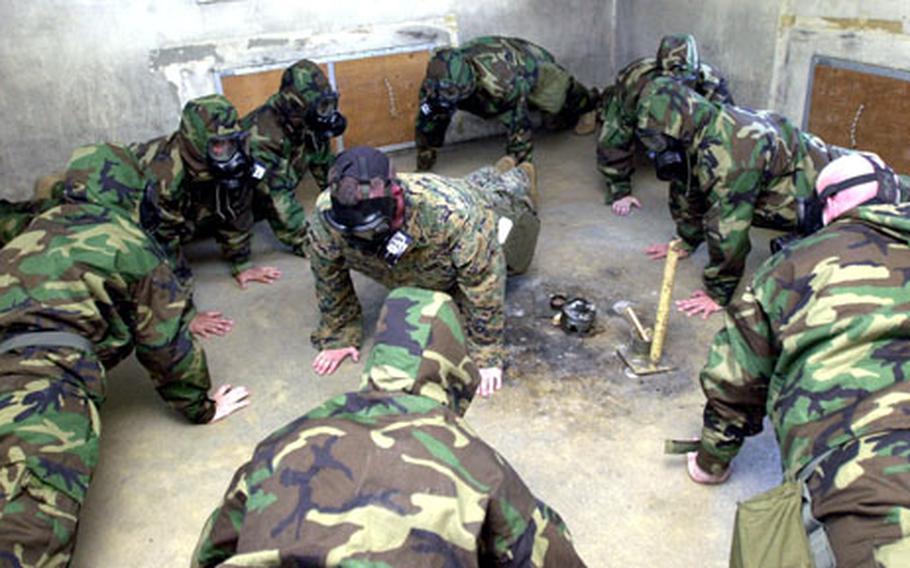 The remaining troops planned the evacuation of the dead and wounded, while guarding against further attack.

The weeklong training scenario in &#8220;combat town&#8221; was meant to refresh fighting skills of Navy medical personnel and Marines assigned to the 3rd Medical Battalion.

About 230 people participated in Exercise Solar Challenge, including between 50 and 75 Marines attached to the unit.

Medical personnel carry a 9 mm pistol as the standard weapon in a combat situation, Perry said.

For some of those going through the training, it was their first time to pick one up.

The servicemembers also learned about basic convoy operations, including how to load vehicles and react to attacks.

The servicemembers also practiced rear area security, including correctly patting down prisoners of war and even friendly troops.

Many who participated have received this type of training before in schools, Perry said, but they could go years before refreshing their skills. With fighting in Iraq and Afghanistan, it&#8217;s important to keep battle skills current, Perry said.

As medical personnel that could be attached to infantry units, it&#8217;s important for them to know how to react to ambushes and call for medical evacuations, he said.