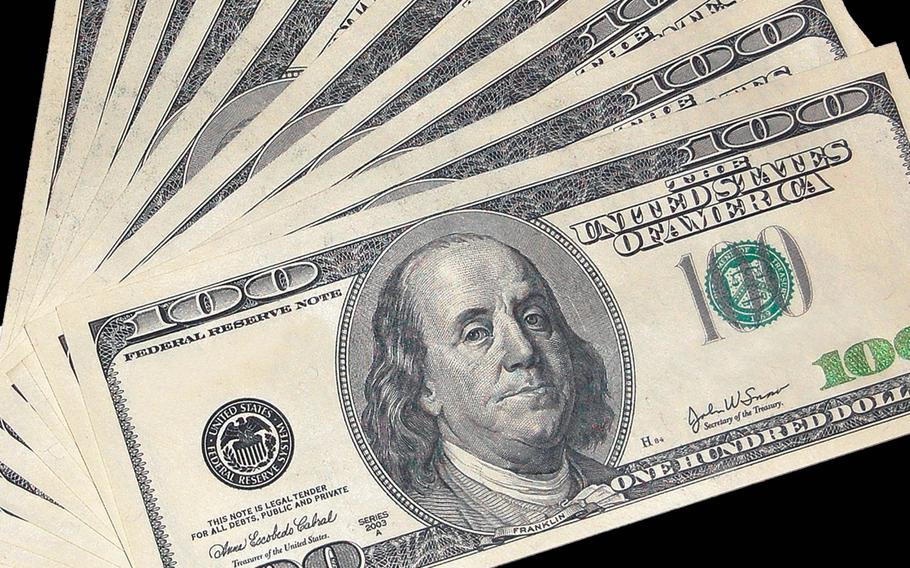 The Air Force says a software glitch caused a pay problem that resulted in some 6,800 airmen not getting pay increases they expected in July. (File photo)

A software upgrade was responsible for a pay issue that affected some 6,800 active duty and reserve airmen, the Air Force Personnel Center said Thursday.

The issue started when a software upgrade at a DISA data center caused a server to stop transferring data, a DISA spokesperson said.

Service has been restored, and any missing payments will be corrected in the next pay round.

“It’s important our airmen have confidence in the personnel and finance professionals supporting them and the systems through which those transactions occur,” Dickerson said. “We continue partnering with DISA and DFAS to help ensure our airmen’s records and pay are accurate.”

The pay alert was first posted Monday on the front page of myPers.af.mil, a secure personnel site.

The Navy has not experienced any pay issues, a spokesman said. The Army and Marines also have not reported any problems.

The Air Force asked in its initial alert for airmen not to submit formal queries until after August 15.