Snowdonia National Park: Good for getting away 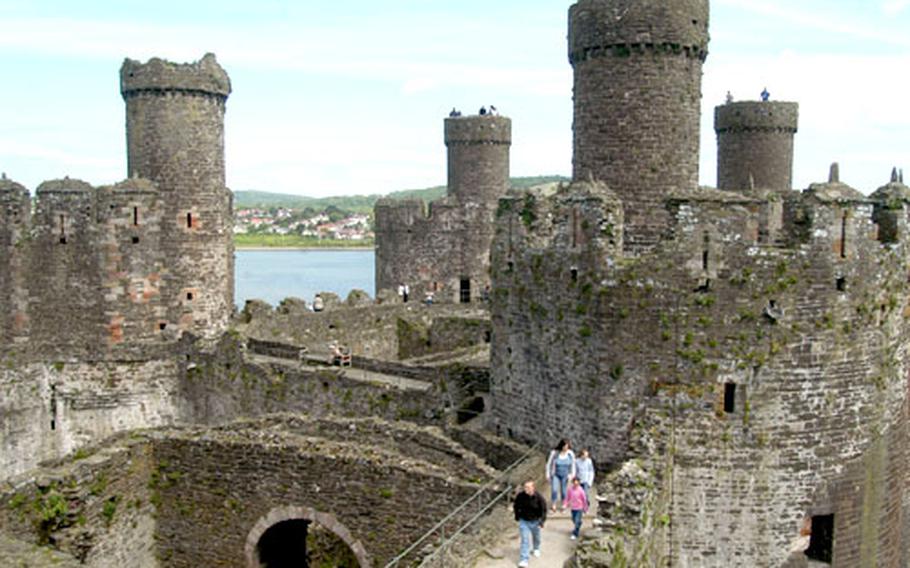 Visitors tour the Conwy Castle that sits along the north coast of Wales. The 13th-century castle was built for King Edward I. (Sean Kimmons / S&S)

Visitors tour the Conwy Castle that sits along the north coast of Wales. The 13th-century castle was built for King Edward I. (Sean Kimmons / S&S) 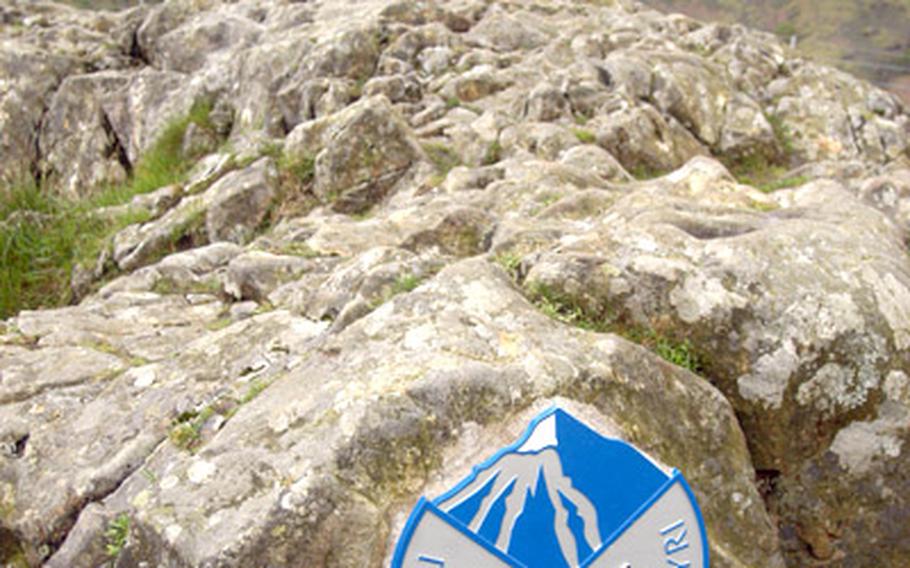 A sign marks one of the park’s many scenic views. (Sean Kimmons / S&S) 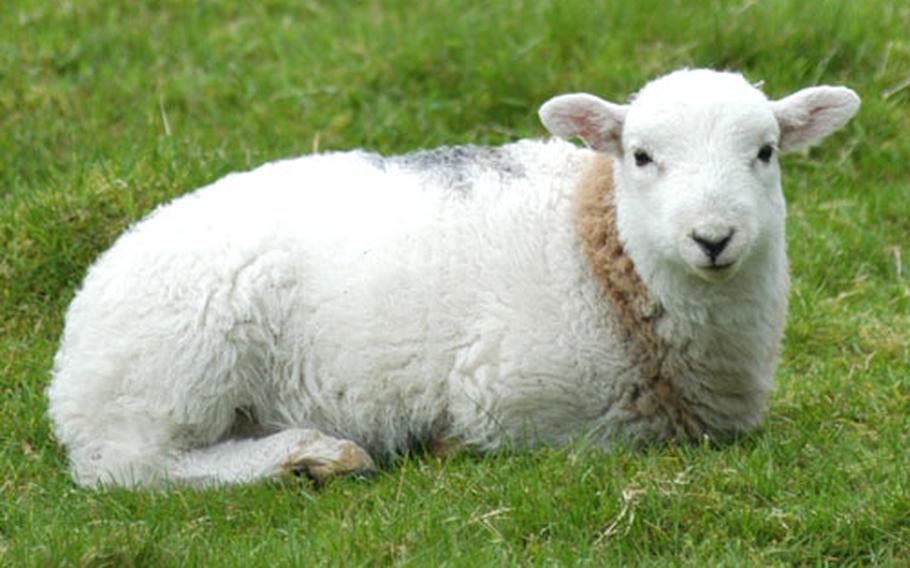 A lamb rests on a grassy knoll inside the park, which encompasses most of North Wales. (Sean Kimmons / S&S) SNOWDONIA NATIONAL PARK, Wales &mdash; Cool, crisp air rushed down the mountain masses and brushed up against my face as I stood at a scenic outlook during a recent visit to Snowdonia National Park.

I took a deep breath of the mountain air, exhaled and admired the surrounding mountains &mdash; a unique sight that the English countryside cannot provide.

In the distance, Snowdon Mountain &mdash; the highest mountain in Wales and England &mdash; dominated the landscape with its 3,560-foot stance. The mountain is the jewel of the park &mdash; and just one of its numerous sights and activities.

The massive, 838-square-mile park covers much of North Wales and offers something for everyone from the extreme types to the more laid back.

The park boasts whitewater rafting, hiking, rock climbing, mountain biking and many sightseeing opportunities, including waterfalls and scenic lookout points. Several castles can be found along the outskirts of the park as well. There is even a railway that travels to the summit of Snowdon for those not ready to tackle the tough hike.

If a guided outdoors trip or accommodation is in your plans, be sure to schedule well in advance.

In a recent weekend rush, camping sites filled up with tents and caravans, while the less outdoorsy people packed into bed-and-breakfast hotels or cheap hostels, scattered all over the park&rsquo;s small mountain towns.

No matter how many people enter the park, herds of sheep will represent most of the population. It is not uncommon for one to see the white furry creatures munching and relaxing on the green grassy knolls.

It takes a few days to get around and see many of the attractions. On my trip, I stayed at a hostel in the town of Bethesda for 15 pounds a night.

The first day, my party drove down into the park, stopping at a few sights that included the rushing waters of Swallow Falls, hidden in the forests near the village of Betws-y-Coed. We also hiked along a stream of fresh mountain water that eventually flowed into a lake.

After that, we helped ourselves to a taste of the local game at a Betws-y-Coed restaurant.

On the second day, we traveled up toward the North Wales coast to explore a few castles built during the 13th century. The first was the Beaumaris Castle, an unfinished castle that was the last and largest of the Welsh fortifications during the reign of England&rsquo;s King Edward I.

Then it was off to the Conwy Castle, about 20 miles to the east. Many visitors tended to migrate to the castle&rsquo;s eight towers, which offered the best views. Both castles cost less than 5 pounds to enter.

Following a meal at a local pub, we left North Wales along the A55 highway and took various roadways back home.

The only difficult aspect that I found about the scenic North Wales area is getting there. It&rsquo;s about a five-hour drive from RAF Lakenheath or a four-hour trek from RAF Alconbury and RAF Croughton.

Once inside this area, though, you&rsquo;ll see why it was worth the long drive. Plus, Snowdonia National Park has no entrance fee.