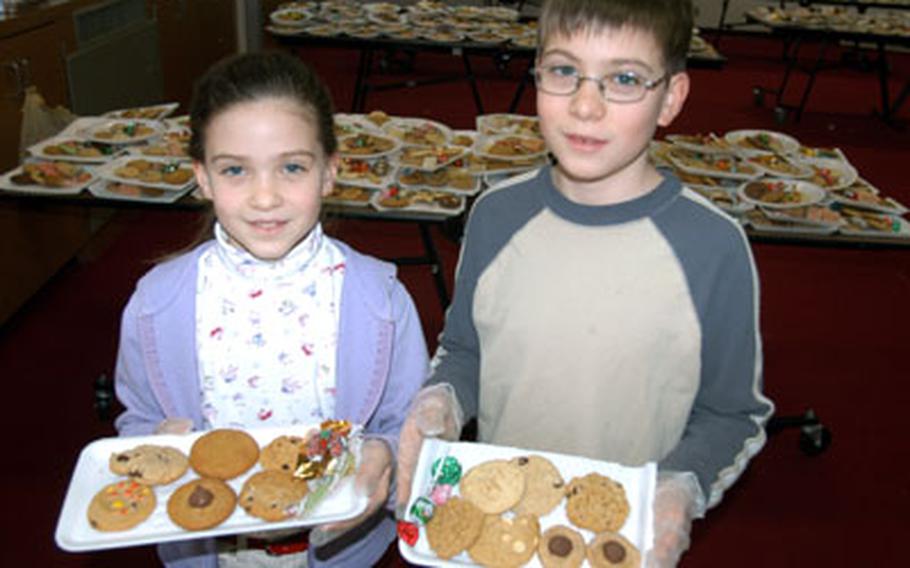 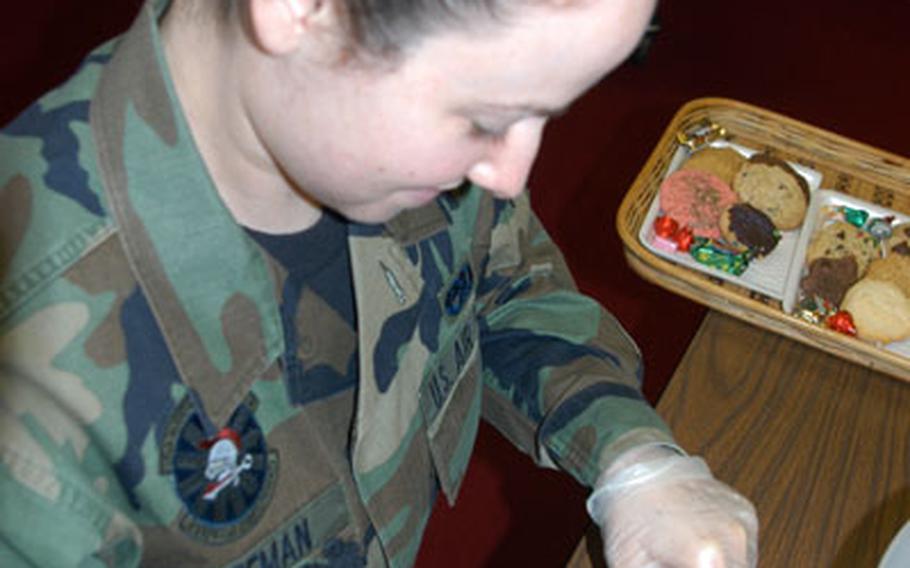 The fellowship room in the base chapel on Tuesday smelled like a grandmother&#8217;s kitchen, with trays upon trays of homemade cookies and candy spread out on tables.

Organizers estimate they&#8217;ll have about 7,000 cookies to give away this year to single and unaccompanied personnel.

The Cookie Caper is a massive volunteer effort to deliver cookie trays to about 1,300 single or unaccompanied servicemembers and civilians &#8212; living on or off base &#8212; who are spending the holidays away from family.

This year&#8217;s sponsors are the Family Support Center, American Red Cross, Misawa Officer&#8217;s Spouses Club and the Enlisted Community Organization, but those groups rely on base residents to bake cookies.

Units and commands provide a list of their single or unaccompanied members. And the community, Turnbull said, always comes through with plenty of homemade cookies.

Bateman contributed about nine dozen homemade peanut butter and sugar cookies, even though she, too, is a single airman a long distance from her family in Baltimore.

Bateman and Airman 1st Class Dionne Bal worked about four hours Tuesday morning setting about six cookies and several pieces of candy on each Styrofoam tray. Other volunteers covered the trays with plastic wrap and organized them into brown bags by unit. Turnbull said unit first sergeants collect the bags and deliver them to the dorms, barracks or work sites.

In all, about 40 volunteers helped assemble cookie packages, Turnbull said. Other base organizations also contributed, she said, noting the Defense Commissary Agency provided the cookie trays, refreshments for volunteers and other supplies.