Smashing pumpkins and learning at Kinnick 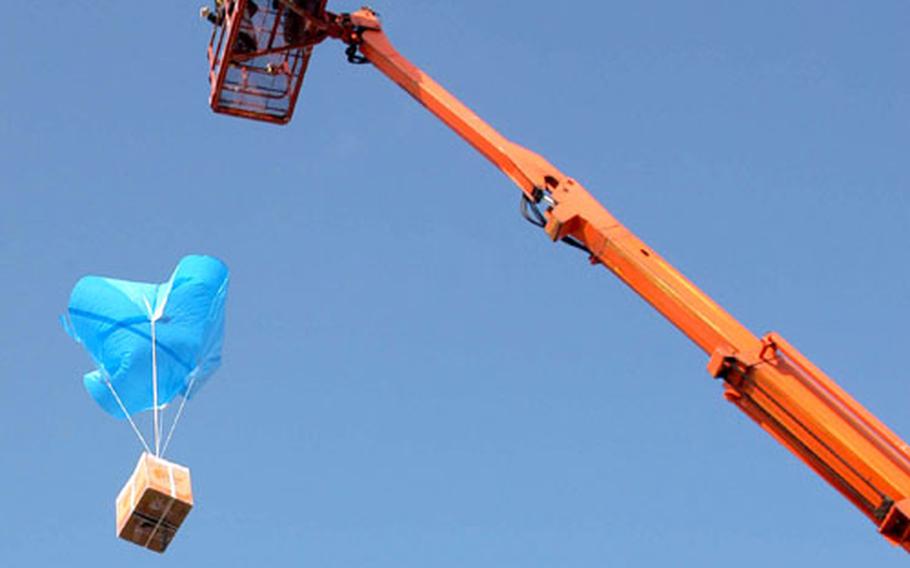 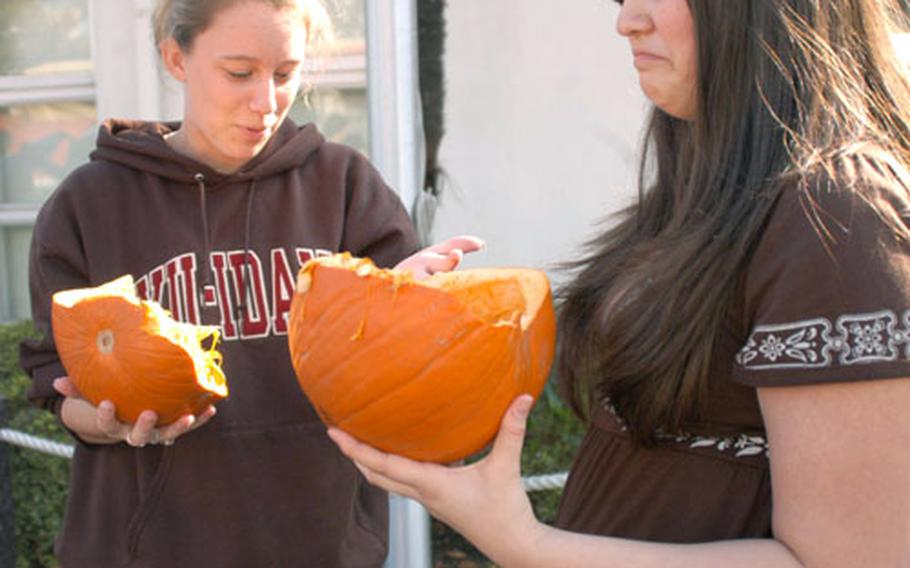 Jonathan Bollinger appeared uncertain Wednesday before his team&#39;s pumpkin, The Annihilator, was dropped from a height of 100 feet at Kinnick High School on Yokosuka Naval Base, Japan. The pumpkin was wrapped in a pillow, cushioned with four balloons and equipped with a parachute. It survived intact. (Allison Batdorff / S&S)

YOKOSUKA NAVAL BASE, Japan &#8212; Jaime Johnson never thought she&#8217;d see the day when pumpkins fell from the sky. But there it was Wednesday, a flash of orange in a cloudless blue and then &#8230; SPLAT!

That was the first pumpkin &#8212; the one not wearing a parachute, lovingly swathed in pillows, or buffeted by balloons. This was &#8220;what not to do&#8221; if you wanted a good grade in teacher Ryan Goodfellow&#8217;s high school physics class at Yokosuka&#8217;s Nile C. Kinnick High School.

His physics students build contraptions to keep their pumpkins intact, either by slowing the acceleration during the fall or cushioning the impact with the ground &#8212; or both. The professionals at U.S. Naval Facilities Engineering Command drop them from a lift truck and students are graded on how the pumpkins fare. The largest to survive wins.

In its third year, the pumpkin drop has become somewhat of a Halloween tradition.

Max MacAvoy&#8217;s brother was in the inaugural class and passed the pumpkin test with flying colors. Max used a similar design featuring a parachute.

Jonica Ladrido was not so lucky. Teammate Akki Brathwaite drew Goodfellow&#8217;s likeness on the pumpkin, but it emerged with seedy leaks.

Some swore by bubble wrap, some by stuffing. Team Pumpkin Packers jammed a pumpkin directly into a stuffed toy hamster.

Junior Jonathan Bollinger&#8217;s blanket-wrapped pumpkin cornered the market on skeptical glances. He even called it The Annihilator. But its parachute flung open, and the two balloons taped to its bottom caused it to bounce once before hitting.