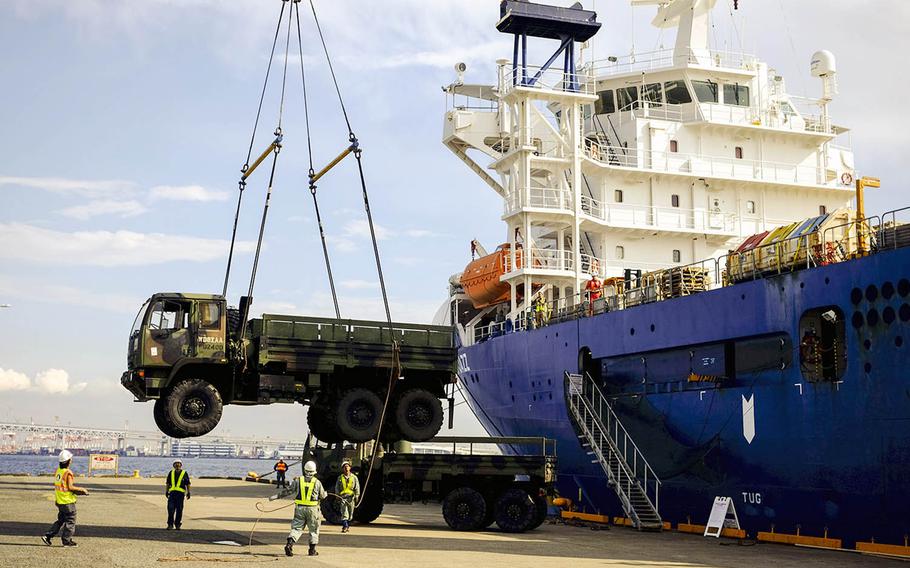 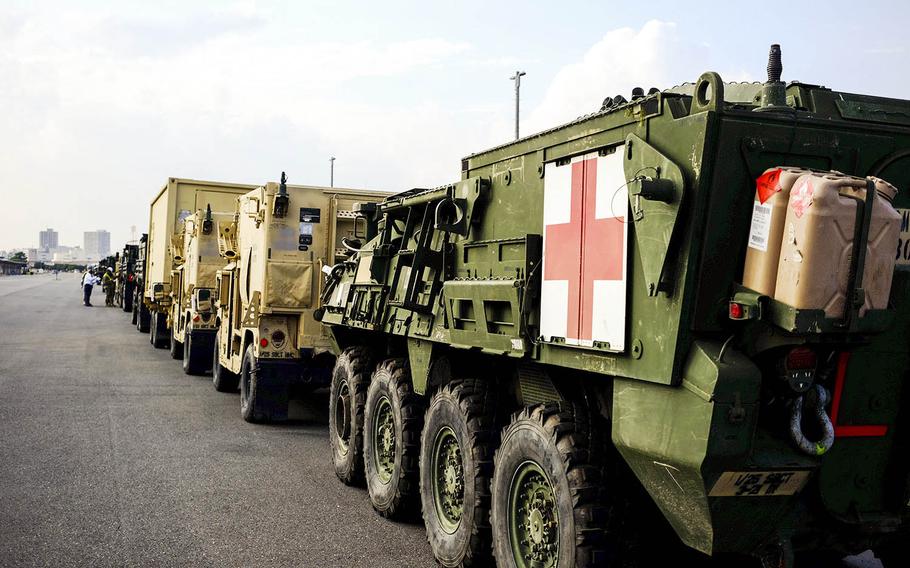 Army vehicles that will be used during Orient Shield drills in Japan are seen at Yokohama North Dock, Friday, Sept. 8, 2017. (Tyler Hlavac/Stars and Stripes) 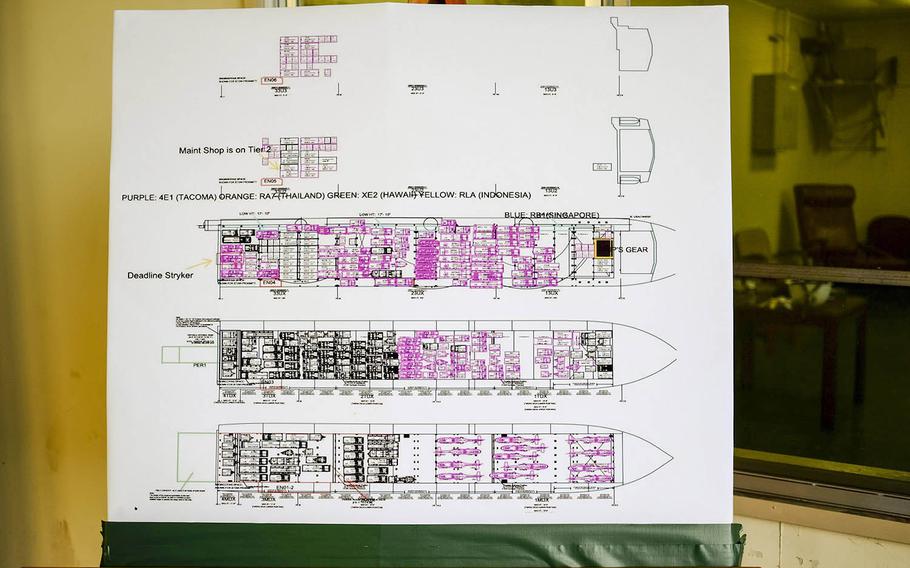 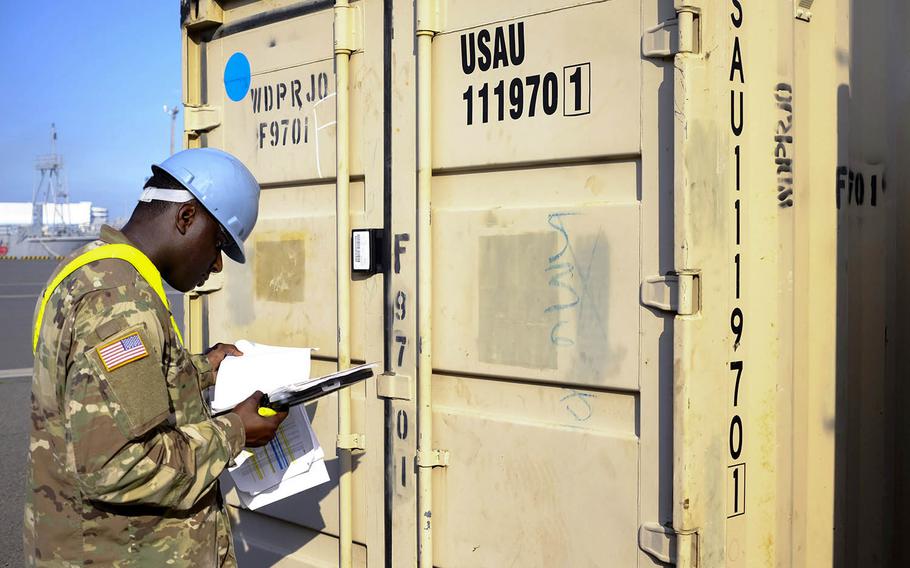 YOKOSUKA NAVAL BASE, Japan — When a large unit like the Army’s 25th Infantry Division needs to ship enough helicopters, vehicles and equipment into Japan to support a 600-soldier exercise like Orient Shield, they look to subject-matter experts for help.

Based out of Yokohama’s North Dock, the small 836th Transportation Battalion serves as the guide for large units that need to ship in equipment to support themselves during exercises and take it with them when they depart.

“As the transportation battalion that supports exercises, our role is to get the equipment to the warfighter,” said Lt. Col. Clydea Prichard-Brown, the battalion’s commander. “Our responsibility is to — once we get the vessel — discharge it immediately and get it to them in a timely manner. If they don’t have their equipment there to fight or practice, then the mission gets delayed.”

Last Friday, soldiers from the 25th ID’s 1st Stryker Brigade Combat Team out of Fort Wainwright, Alaska, arrived at Yokohama North Dock ahead of exercise Orient Shield, which kicked off Monday. The soldiers were greeted by the 836th, which helped oversee the three-day offload of the vessel.

The 836th has a small presence in Japan. It numbers six active-duty servicemembers and 27 Army civilians and local employees. It is the last remaining military unit permanently assigned to Yokohama, which was a major military town in the decades after World War II.

Members of the unit work out of a Spartan facility that doesn’t have a permanent commissary, Exchange or other comforts found on most military installations. The nearest military facility is the Army’s Camp Zama, roughly an hour’s drive away.

Prichard-Brown, who also serves as the North Dock base commander, said her small unit “punches above their weight” as large-scale exercises like Orient Shield can’t be done without specialists ensuring vital equipment makes it into the country.

Many units are used to deploying to Iraq or Afghanistan where they utilize equipment already in the country, she said. This is not the case for Japan.

“What people don’t realize is that the missions or exercises that happen, a lot of the time the soldiers are imported into Japan,” Prichard-Brown said. “If I never get your equipment and never push it to you, you can never go fight your fight. We try to help the rest of the military understand that logistics is one of the most important things in a mission. Even though we’re so small, we manage such large missions.”

The unit also oversee incoming goods being shipped to major bases in the area, such as Yokosuka, Zama and Naval Air Station Atsugi. Commissaries and Exchanges from those camps are among the battalion’s most frequent customers.

The unit, which works on docks and deals with ships, occupies a unique space in logistics for a land-based service like the Army, Prichard-Brown said.

“Anytime someone hears transportation, they think trucks,” she said. “When I first got assigned to take over the battalion, I thought I was going to fall in on a bunch of trucks and a bunch of soldiers. Absolutely not what happened. I came here and learned an entirely different world of port operations.”