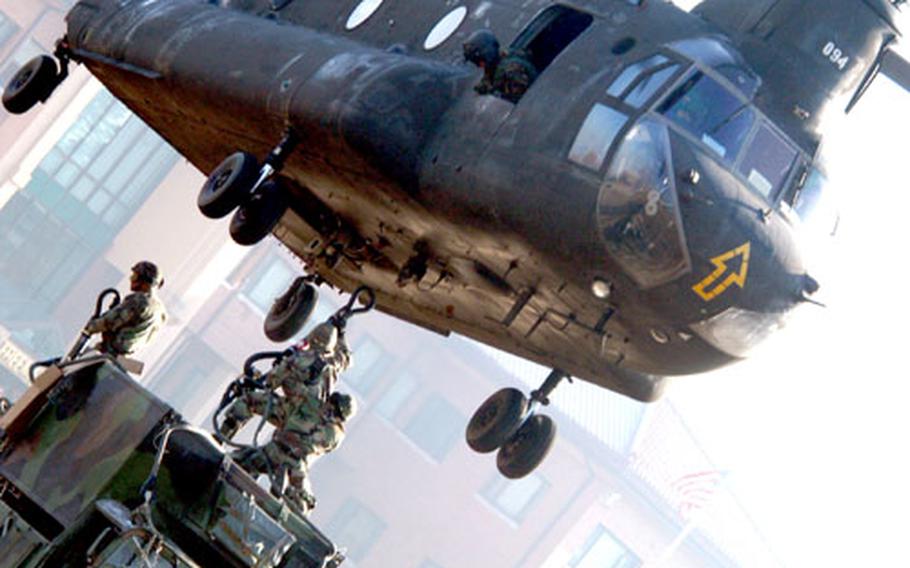 The "hook man" reaches up to sling load a Humvee and trailer to a Chinook helicopter during training for Special Troops Battalion, 2nd Infantry Division soldiers at Camp Red Cloud on Wednesday. (Seth Robson / S&S)

The "hook man" reaches up to sling load a Humvee and trailer to a Chinook helicopter during training for Special Troops Battalion, 2nd Infantry Division soldiers at Camp Red Cloud on Wednesday. (Seth Robson / S&S) 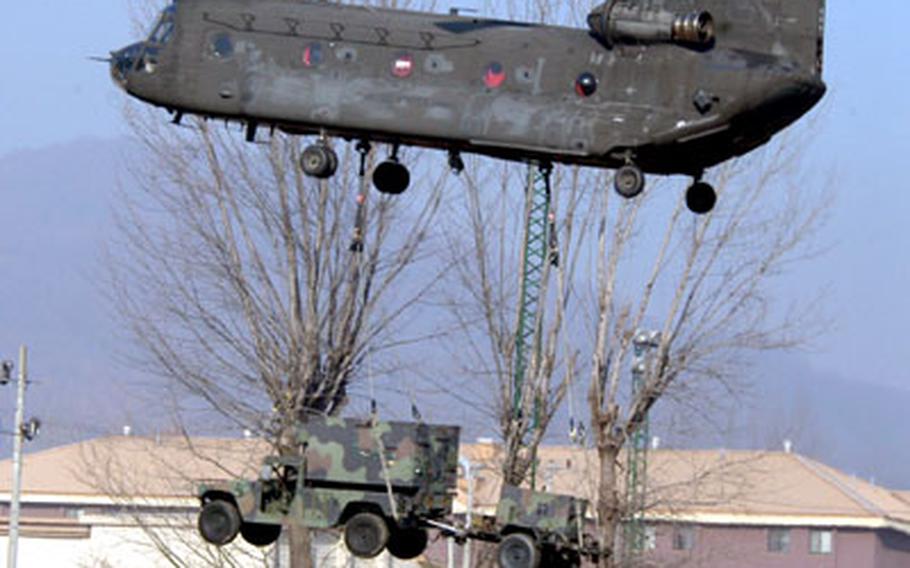 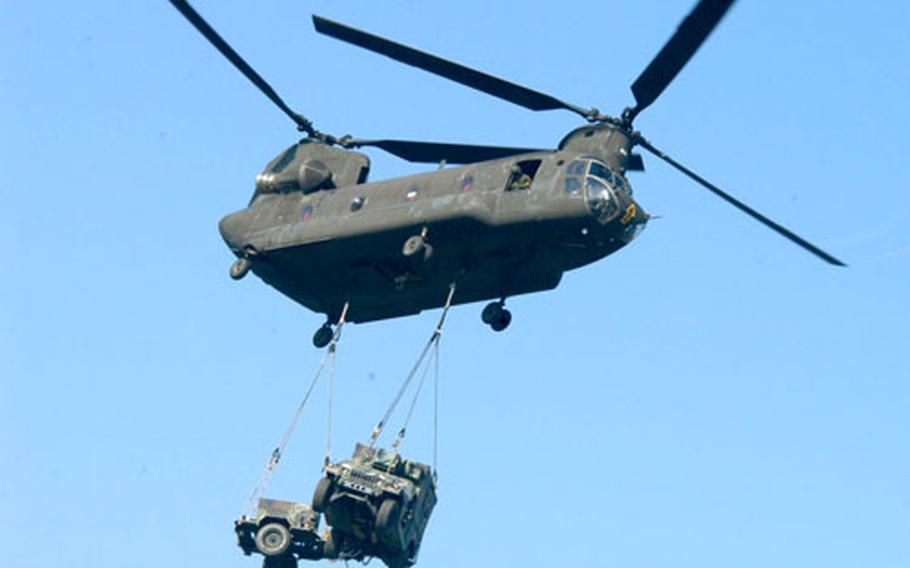 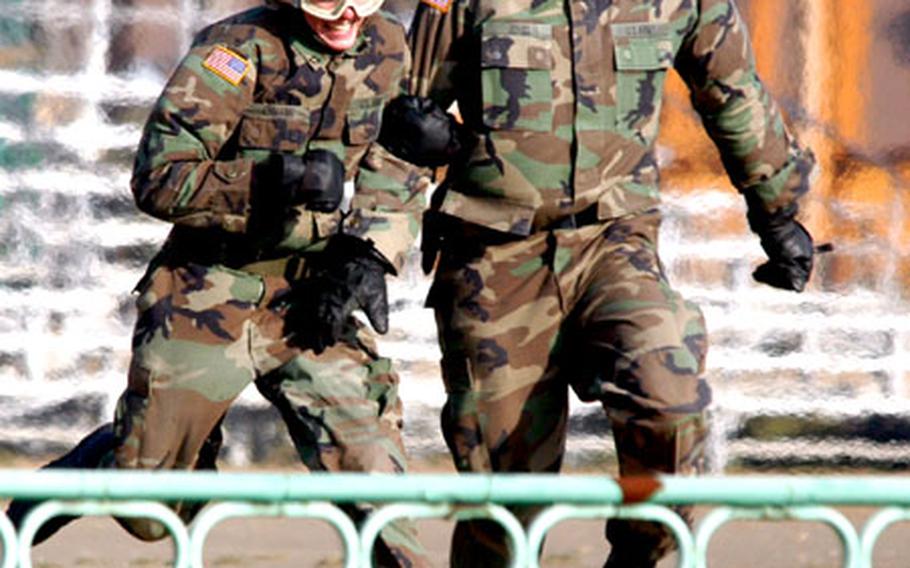 In the event of war, that&#8217;s how the troops would transport communications equipment to mountaintops.

Detachment commander Capt. Vince Lai, 30, of Diamond Bar, Calif., said it was the first sling load training for his unit since the battalion was formed earlier this year.

However, most soldiers from Company B, which supports 2nd ID&#8217;s communications network, did the loading when they were with the recently inactivated 122nd Signal Battalion.

Sling loading gives commanders the ability to expand their area of operations by bypassing obstacles or enemy positions. And it helps signal soldiers get gear to the top of mountains in wartime, Lai said.

The native of Merced, Calif., said the most important parts of a sling load operation are securing the vehicle properly to the helicopter and making sure the straps holding it are not twisted.

Hooking the helicopter was made more difficult by rotor wash, which might have blown Jones off the Humvees if another soldier didn&#8217;t support him.

&#8220;It was my first time. We did it three times. The last time was pretty scary. That (Chinook) tire was coming pretty close,&#8221; he said before heading back to help sling load a forth and final Humvee.