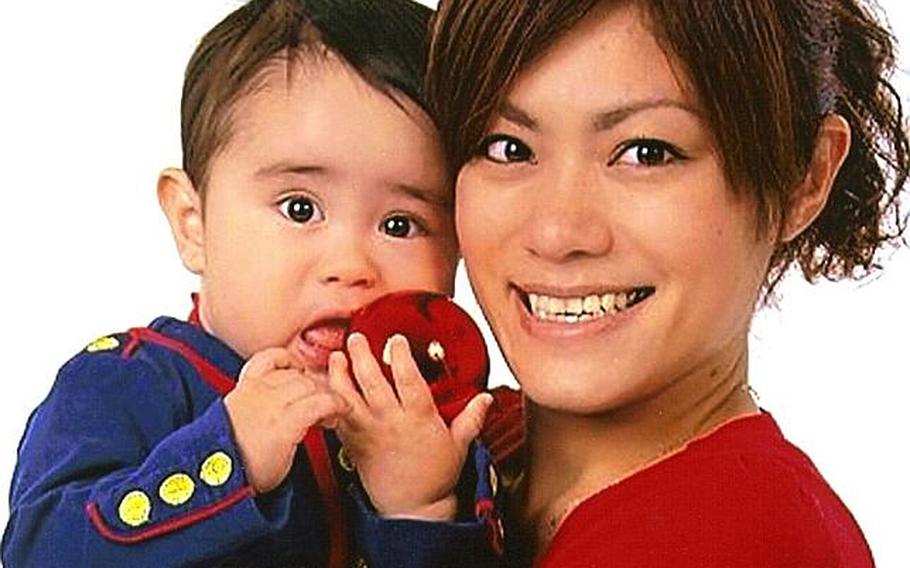 She&rsquo;s eager to hug her slain Marine son&rsquo;s boy for the first time in seven months when he arrives in Maryville, Tenn., on Friday with his Okinawan mother, Hotaru, for a weeklong visit.

But she dreads when Hotaru and 17-month old Mikey, named after his father who was killed in Iraq two years ago, must return to Okinawa.

Hotaru has been denied U.S. residency because her marriage to Marine Sgt. Michael Ferschke was not consummated after they married. They wed over the telephone in July 2008, just a month before he was killed while conducting door-to-door searches in a town north of Baghdad.

Mikey, who is a U.S. citizen by birth, was born five months later.

&ldquo;I&rsquo;m afraid we might never be able to go ahead with our plans to have them move here and raise Mikey where his father grew up,&rdquo; Robin Ferschke said. &ldquo;The bills introduced in Congress have stalled and there&rsquo;s not much hope the law will be changed soon.&rdquo;

Current law is designed to guard against weddings of convenience used to obtain U.S. residency for foreigners bypassing strict immigration rules. Proxy marriages are not valid unless they are consummated after the vows have been exchanged.

Michael Ferschke, then 22, a radio operator with the 3rd Reconnaissance Battalion, 3rd Marine Division, met Hotaru, 24, on Camp Schwab in March 2007. When Hotaru discovered she was pregnant in May 2008, just a month after Michael deployed to Iraq, they decided to marry over the phone.

Hotaru flew back to Maryville for her husband&rsquo;s funeral and was so touched by the outpouring of love from her new in-laws that she decided to raise their son there.

She was able to stay with the Ferschkes for almost a year after Mikey was born, but was forced to return to Okinawa when her visa ran out.

There are bills in the House and Senate to make an exception in Hotaru&rsquo;s case. But such &ldquo;private bills&rdquo; are frowned upon, said Patrick Newton, spokesman for U.S. Rep. John Duncan Jr., R-Tenn., who represents the Ferschke&rsquo;s district.

&ldquo;The Senate&rsquo;s had a five-year hold on all such bills,&rdquo; Newton said of the bill filed in that chamber by Sen. Jim Webb, D-Va., a former Marine and Secretary of the Navy.&ldquo;And until the Senate acts, we can&rsquo;t,&rdquo; he said. &ldquo;So, we&rsquo;re exploring other avenues. Everything&rsquo;s on the table. We&rsquo;re working this on several fronts.&rdquo;

He said he is in discussions with Webb&rsquo;s office to perhaps change the immigration law or attach the measure to a Department of Defense Authorization bill.

He could not, however, estimate how long the battle to get Hotaru residency may take.Robin Ferschke said she&rsquo;s not raising her hopes.

&ldquo;There&rsquo;s no guarantee any of this will work,&rdquo; she said. &ldquo;The upshot is I have to be satisfied with seeing my little munchkin on Skype and it kills me because he&rsquo;s so young and doesn&rsquo;t quite grasp I&rsquo;m just on his TV.&rdquo;

Robin Ferschke said her heart is already breaking at the thought of them leaving.

&ldquo;This is all that I have left of my son,&rdquo; she said.