‘Sky Soldier’ who died in Afghanistan is remembered at Vicenza 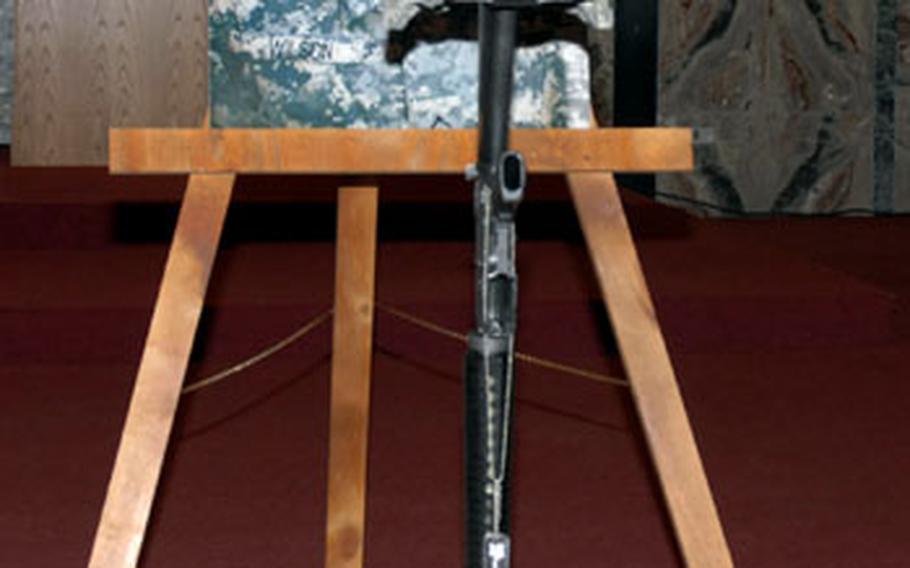 He died of wounds suffered in an attack in Paktika, Afghanistan, on Aug. 27.

Wilson pursued a wildlife and fishery management degree at West Virginia University in Morgantown, W.Va., before deciding to enlist in the U.S. Army in 2006, according to 1st Lt. Alexander Furlong, battalion commander.

He was a member of Mount Zion Lutheran Church and the 4-H, and an athlete skilled in track and basketball, fellow soldiers said in a statement read during the memorial service.

He was a practical joker, switching name tags with a friend and duct-taping another friend to a backboard and sliding him into their commanders&#8217; tent, they said.

One night, he was so hungry for Army-style lemon cake that he took another soldier to the locked chow hall, they said. He found a way to get not just one piece, but the whole cake.

He also had an artistic side. At home, Wilson often went out into the fields behind the house, and if he didn&#8217;t come back with a creature to scare someone, he&#8217;d have a drawing or photograph, acquaintances told the Shenandoah Valley-Herald in Virginia.

Wilson is survived by his father Thomas L. Wilson, his mother, Julie E. Hepner-Wilson, his sisters Chloe and Chelsea and his brother, Ethan.