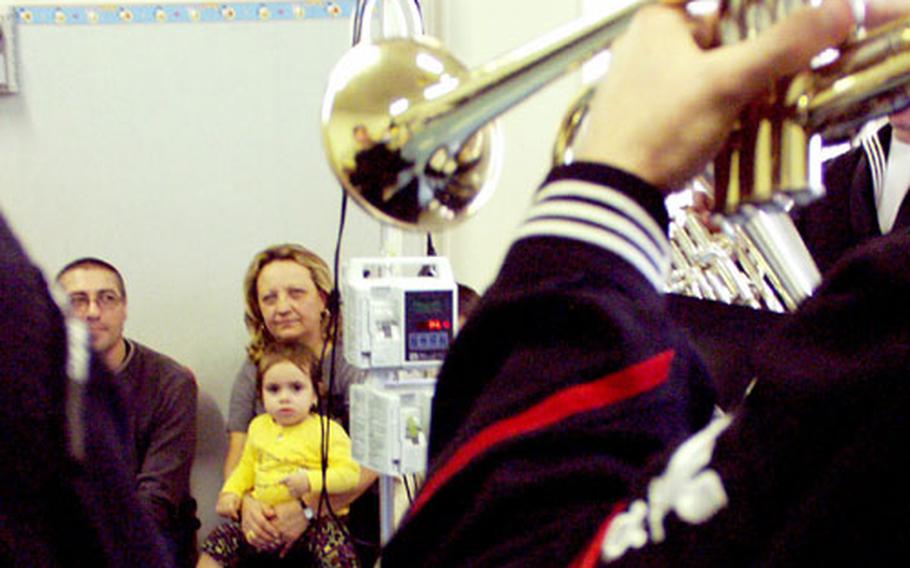 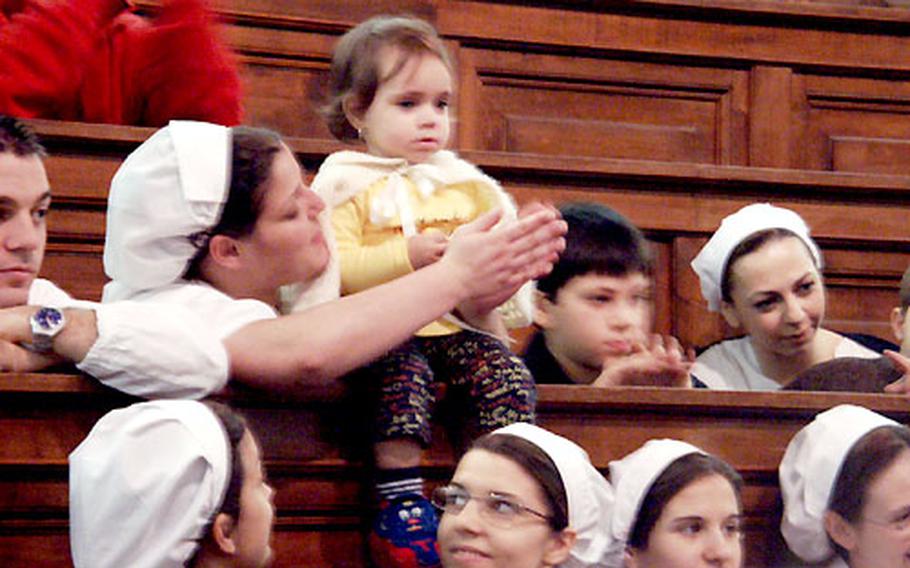 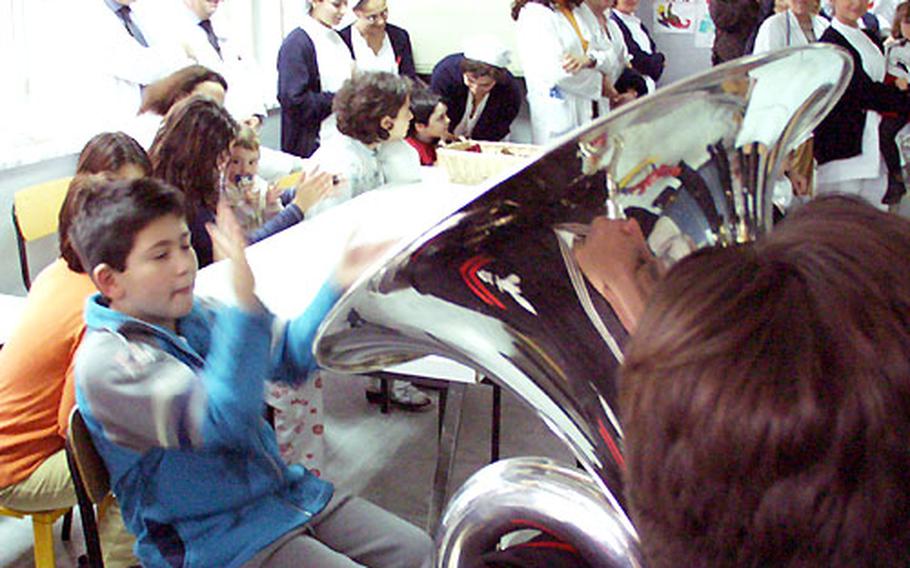 Patients, their relatives and staff members clap along to holiday songs played by the 6th Fleet band. (Kendra Helmer / S&S) Luigi, 10, gets an autograph from Petty Officer 2nd Class Drew Stapp, who plays the euphonium for the 6th Fleet band. (Kendra Helmer / S&S)

NAPLES, Italy &#8212; Four-year-old Guido, his head bald from yearlong leukemia treatments, stays in an oncology ward to prevent germs from further weakening him.

So sailors from the 6th Fleet band brought Christmas to him. Six sailors crowded into the tiny corridor Wednesday, playing some holiday tunes just for Guido as he leaned on his IV pole.

&#8220;Guido&#8217;s been waiting for this for two days,&#8221; said Cetty Perry, a volunteer who arranged the visit to the Pediatric Department of the Second University of Naples.

Children weren&#8217;t the only ones excited about the visit.

Doctors and nurses tagged along as the band climbed up and down the stairs, playing a few songs in each ward they visited.

The sailors obliged, drawing enthusiastic applause from the Italians.

&#8220;The people are so into the music, it really lights them up,&#8221; said French horn player Petty Officer 2nd Class Christopher Cornette. He said the visit to the oncology department was particularly moving because a former band member, Petty Officer 1st Class Joe E. Heberer, died Dec. 4 from an inoperable brain tumor.

One oncology patient, Daniela, 13, was initially reserved when the sailors arrived. Doctors had been talking to her about upcoming treatment for her leukemia, which is in remission. By the time the sailors wrapped things up, the 13-year-old was tagging along, clapping to the music.