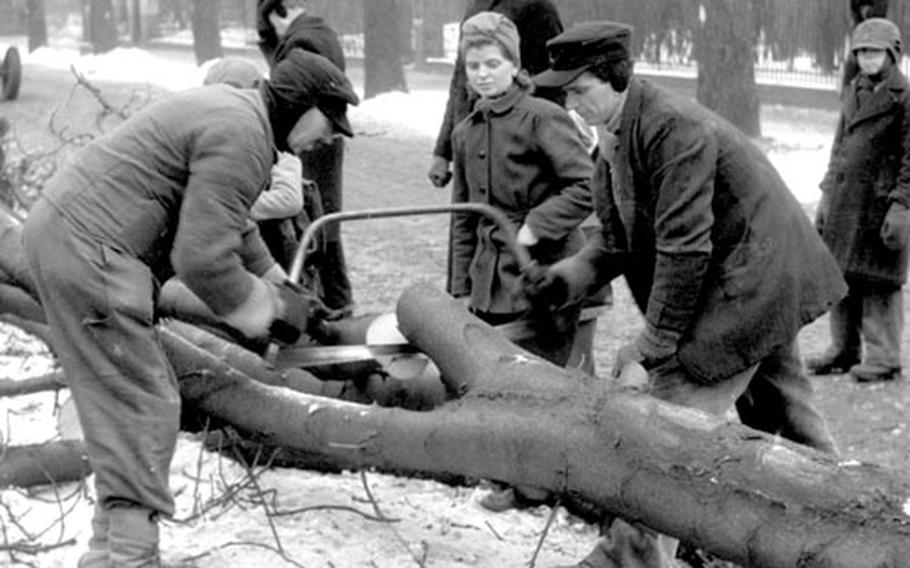 Buy Photo
Trees that were once prized for their beauty and shade became the key to survival in Berlin in the winter of 1946-47. (Stars and Stripes)

Buy Photo
Trees that were once prized for their beauty and shade became the key to survival in Berlin in the winter of 1946-47. (Stars and Stripes) 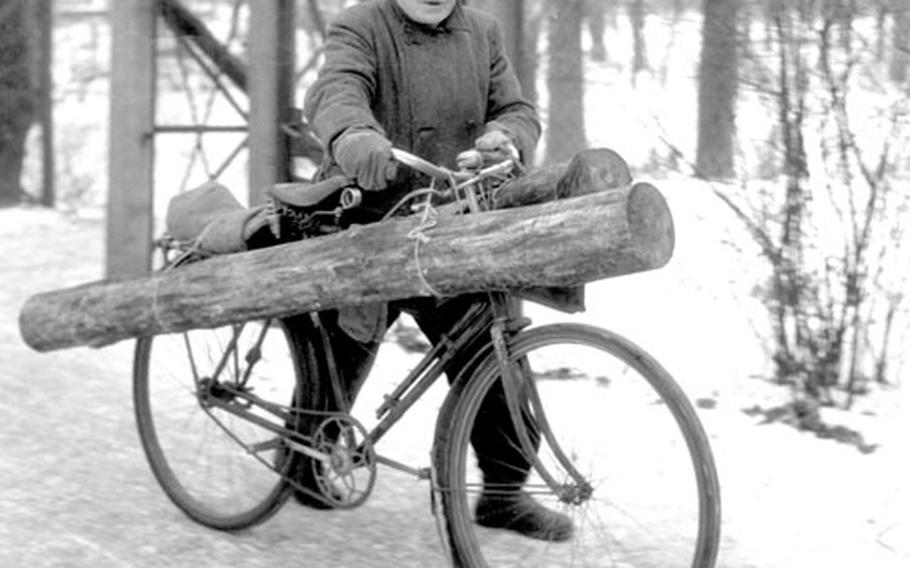 Buy Photo
A Berliner uses his bike to carry home a piece of firewood to supplement the meager coal ratiion. (Stars and Stripes) 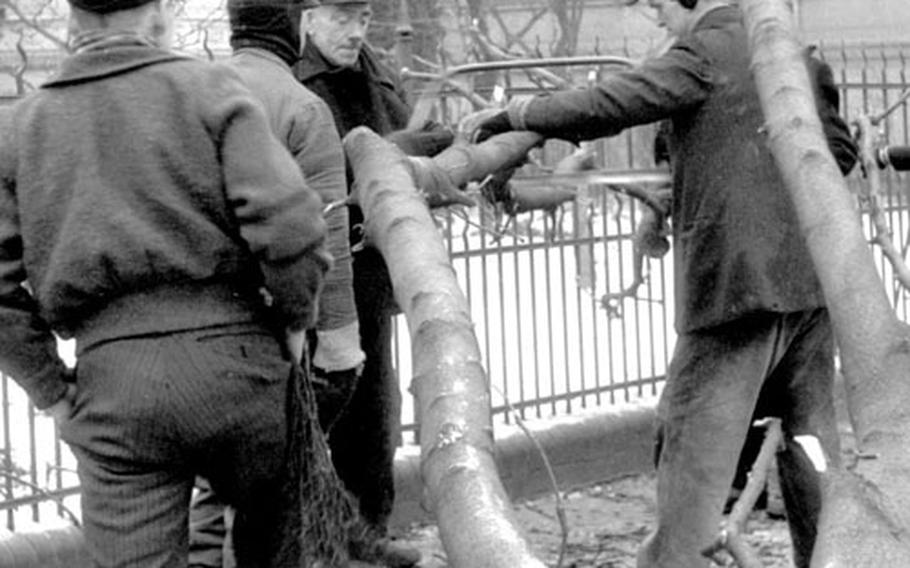 Buy Photo
A felled tree is cut apart for firewood in Berlin. (Stars and Stripes) 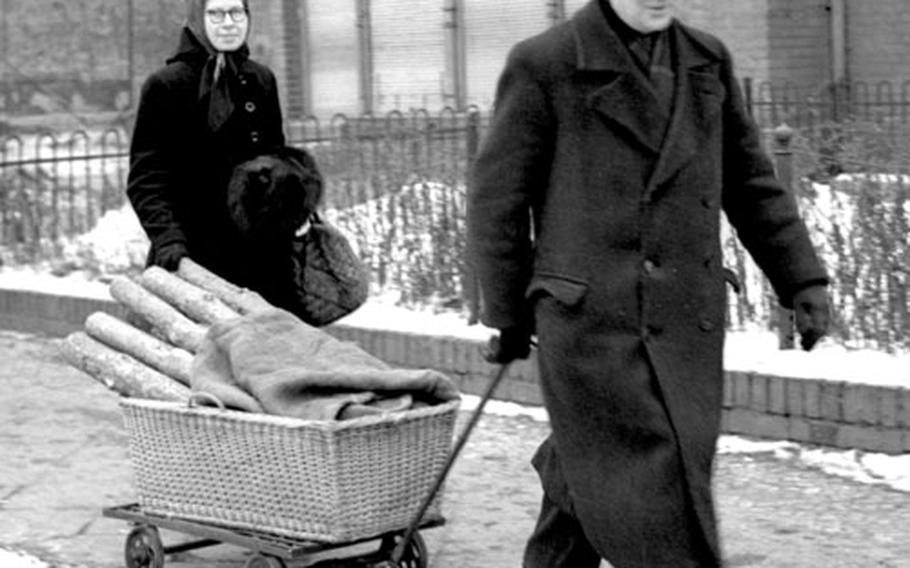 Buy Photo
While many people hauled firewood home on their backs, Berlin's more affluent residents had an easier time of it. (Stars and Stripes)

BERLIN, Feb. 16 &mdash; Berlin's municipal government reported today that the cold wave had taken six more lives and 15,615 persons were in acute danger of freezing to death or dying of hunger.

The new deaths raised the toll attributed to the combined effects of freezing and malnutrition since the start of winter to around 170.

Police toured the city to enforce a magistrate's order closing all dance halls as a coal conservation measure.

Other police squads checked Berlin households in a survey of the effect of the cold on the city's undernourished population. They reported 15,615 persons, most of them old, needed special assistance to avert death. Names of these people were given to city welfare offices.

With no relief in sight. from the cold spell, the city opened emergency restaurants to feed needy persons. On Saturday 100,000 were fed without paying or relinquishing food coupons. 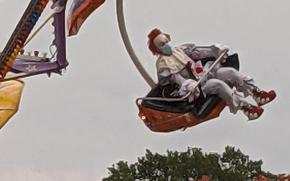