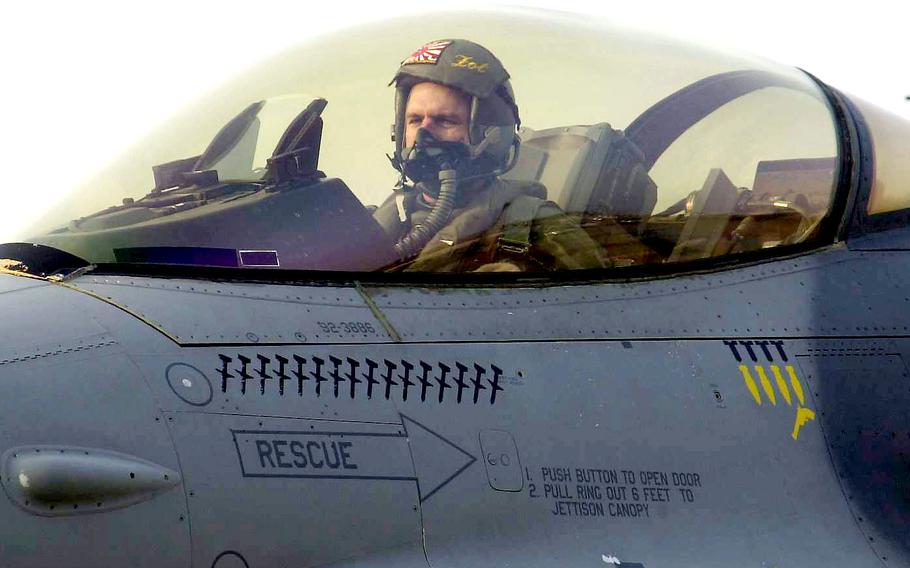 Capt. Scott Ulmer pats the belly of his wife, Capt. Tonya Ulmer, after he and five other 14th Fighter Squadron pilots returned to Misawa. The Ulmers are expecting a daughter in about a month. (Wayne Specht / S&S) 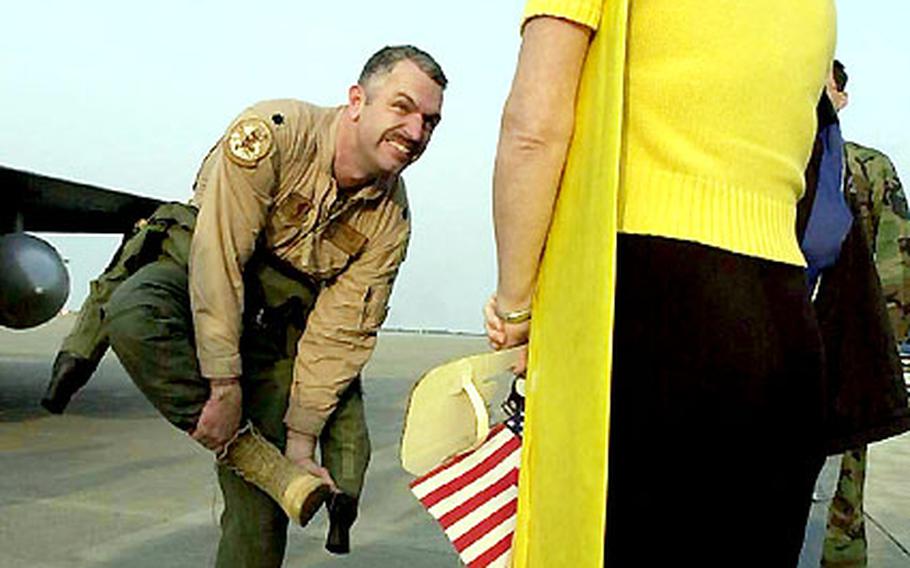 Lt. Col. Scott "Zot" Dennis, 14th Fighter Squadron commander, removes his boots as he steps out of his anti-exposure suit under the watch of his wife, Debbie, Thursday at Misawa. (Wayne Specht / S&S) 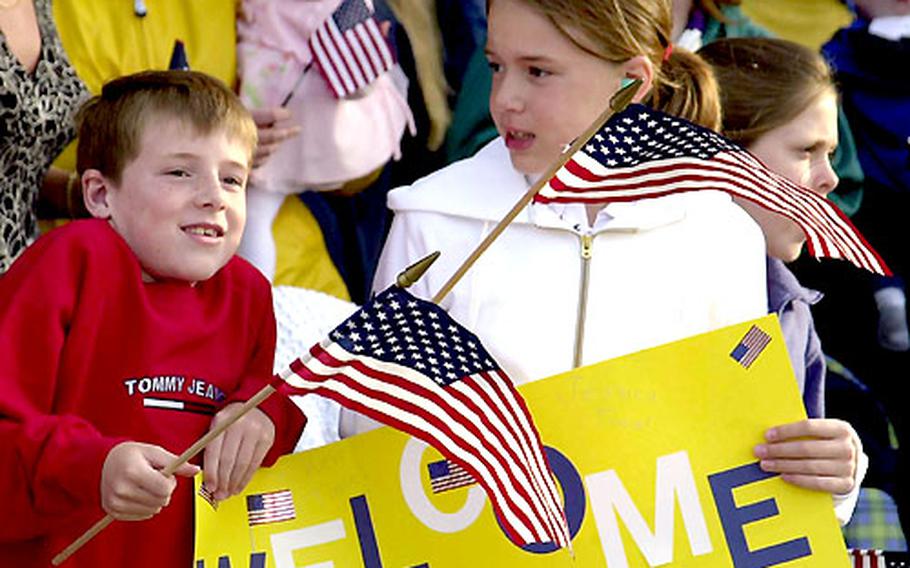 Ken Ekman and his sister, Jessica, hold American flags as they await the return of the father, Maj. Ken Ekman, a 14th Fighter Squadron pilot, to Misawa Air Base on Thursday. (Wayne Specht / S&S)

MISAWA AIR BASE, Japan &#8212; Capt. Scott Ulmer came home in the nick of time Thursday, just about a month before his wife, Capt. Tonya Ulmer, is expected to deliver their first child.

Following an embrace and kiss after emerging from his F-16CJ fighter, Ulmer patted his wife&#8217;s belly.

He and five other 14th Fighter Squadron pilots returned from deployment to a base in Southwest Asia, where they flew missions over Iraq. Defense Department guidance still prevents Air Force officials from disclosing the name of the base from which the Misawa aircraft launched sorties during Operation Iraqi Freedom.

Storck thought the contingent would remain deployed until next month, but she was pleased they were back sooner.

Suzanne Mann, wife of Capt. Shamsher Mann, said she looked forward to seeing her husband get reacquainted with their 11-month-old daughter, Kiran.

Pilots and maintainers returning from deployments can look forward to several weeks off.

Debbie Dennis, wife of Lt. Col. Scott Dennis, 14th Fighter Squadron commander, said she had butterflies from all the anticipation of her husband&#8217;s return.

Although he had flown combat sorties from Turkey during the now-defunct Operation Northern Watch, Dennis said &#8220;this was my first big conflict.&#8221;

In support of Operation Southern Watch, then the migration to Operation Iraqi Freedom sorties, Dennis said the 14th piled up more than 3,700 hours while flying more than 700 sorties. On the opening night of the air war March 21, he led the squadron in the skies over Baghdad.

The Samurai were the first nonstealth aircraft to fly over the Iraqi capital and fired the air campaign&#8217;s first HARM missile.

He said Misawa pilots had the advantage of flying over there for 10 years during Northern and Southern Watch deployments.

For the Ulmers, there&#8217;s another important mission in their immediate future.