Site of Iraq horrors still a prison ... for now 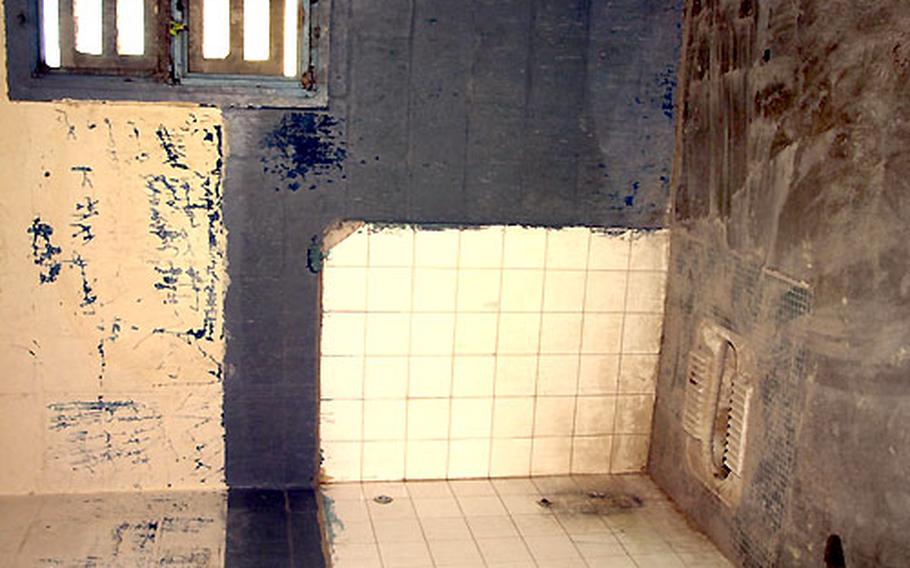 One of the old cells that hasn't yet been renovated at what once was the Abu Ghraib prison in Iraq. (Scott Schonauer/Stars and Stripes)

One of the old cells that hasn't yet been renovated at what once was the Abu Ghraib prison in Iraq. (Scott Schonauer/Stars and Stripes) 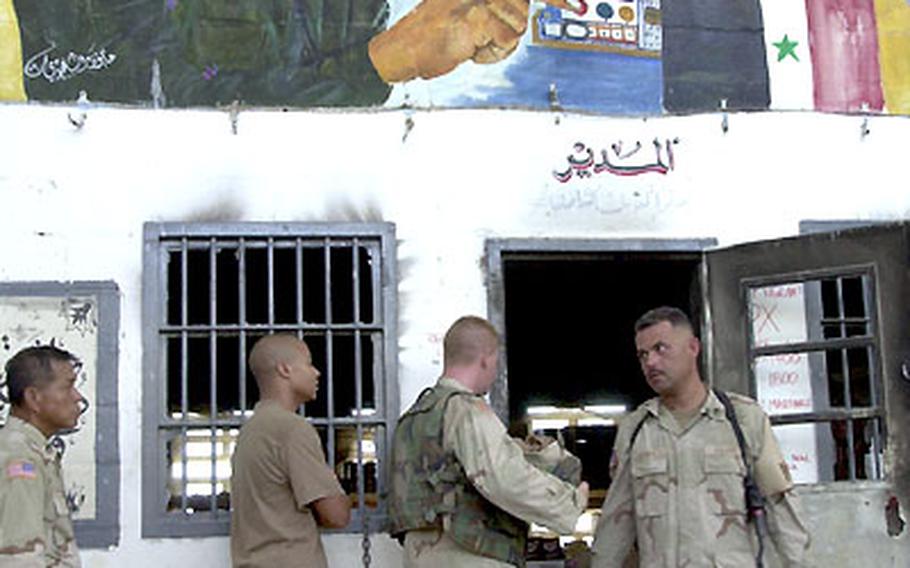 Soldiers stand in line at a makeshift post exchange Monday at what once was the Abu Ghurayb prison in Iraq. The facility, where prisoners were tortured and executed under Saddam Hussein’s regime, is being renovated by the U.S. Army. (Scott Schonauer / S&S)

At some point down the road, Abu Ghurayb will be dismantled as a prison complex, replaced by a billion-dollar prison that will be built elsewhere in the Baghdad vicinity, said Karpinski, whose unit is from Uniondale, Long Island, N.Y.

But in the meantime, U.S. MPs have no choice but to work with what they have, including Al Ghurayb, which is about 30 miles outside of Baghdad&#8217;s city center. Other detention facilities are located at the Baghdad airport and in Tallil, Abu Hayaf, Mosul, Najaf and elsewhere.

As Iraq&#8217;s courts slowly grind back into action, and the coalition forces start getting more efficient at administering their own procedures, MPs and contractors are working on improving living conditions for detainees.

The Abu Ghurayb prison is undergoing a major refurbishment, which has cost $3 million to $5 million to date, Karpinski said.

Cells that once held 100 men will now hold eight, each provided with his own iron cot, mattress, washing bucket and toiletries. The cell blocks won&#8217;t have air conditioning, but have ceiling fans and a central exhaust system to circulate air.

The refurbished complex, with a maximum capacity of 10,000 prisoners, should be ready for prisoners in about two weeks, Karpinski said.

Reporters touring the facility were not allowed to talk to, or photograph, prisoners, Karpinski said. But the prisoners flooded the barbed-wire fence to shout and whistle at the visiting convoys.

Eventually, they took up a chant in unison.