Sisterhood of the court 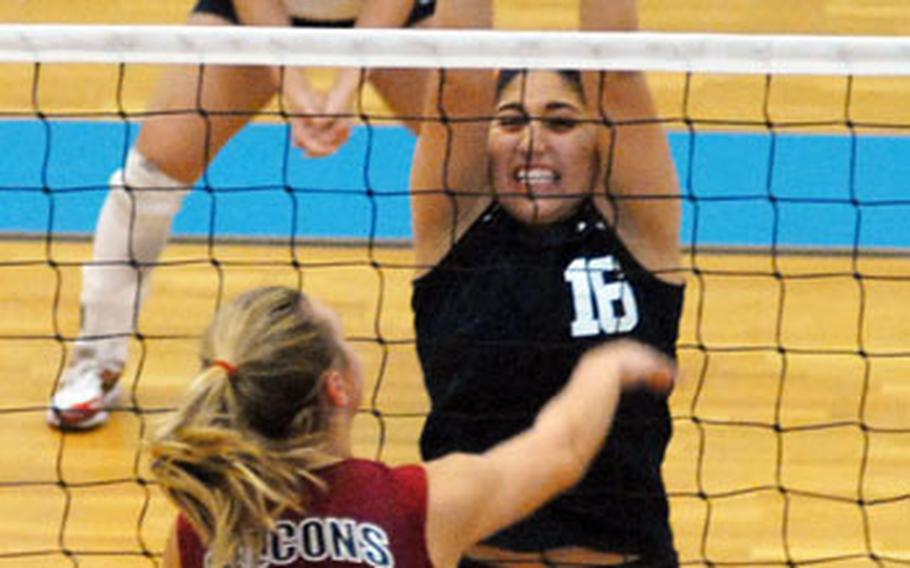 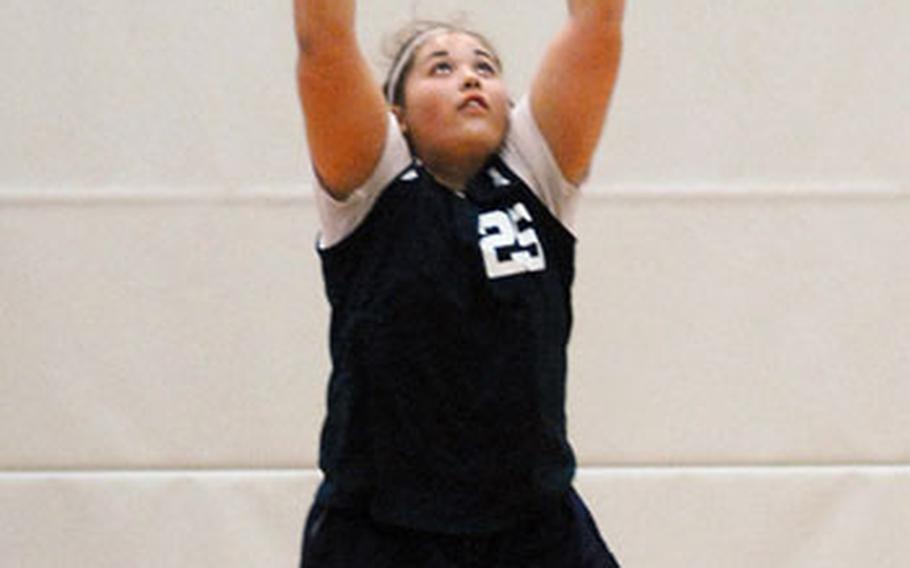 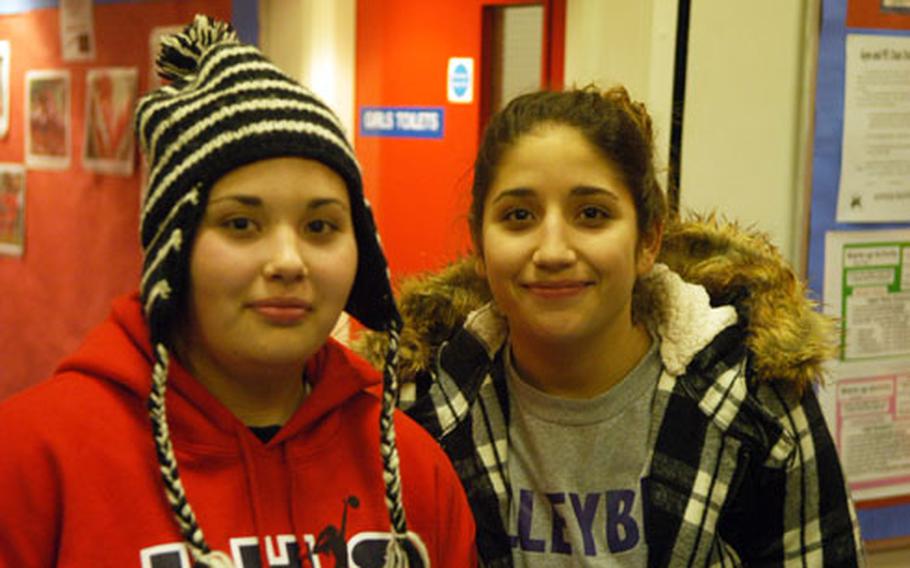 Being a teenager and having a sibling close to your age can be a mixed blessing. On one hand, you&#8217;ve got someone who is intimately familiar with your scholastic and family life.

That all changes when they hit the volleyball court.

"When the game comes, you just have to put it aside," Nicole said.

Either way, it&#8217;s a family affair this year for the Lakenheath volleyball team, with Lisa and Nicole playing affably side by side.

Nicole credits her volleyball interest to her sister&#8217;s influence. In the end, they feed off each other with Lisa playing setter and Nicole at her side as a middle hitter.

"When she gets a kill, I get really excited," Lisa said.

Coach Dave Hagander said the sibling pairing on the court is good for the squad.

"They work closely with each other and stand next to each other on the court," he said. "You see Lisa get proud when she sets Nicole and Nicole gets a good hit."

Lisa said she likes Nicole&#8217;s ability to listen and her overall effort.

"She does it and she does it 100 percent," Lisa said of her sister.

Nicole said she admires Lisa&#8217;s leadership skills as a team captain and that she&#8217;s good at pulling everyone together, essential for such a team-oriented sport.

"There&#8217;s times when everyone slacks off and she gets it all together," Lisa said.

As Nicole leads the Lancers volleyball squad through her senior year, Lisa said she&#8217;ll notice her sister&#8217;s absence next year.

Hagander said the character of the McBride sisters came through over the summer, when they were some of the only players to consistently attend a voluntary summer conditioning program.

"Lisa and Nicole, they were there, everyday," he said. "That says a lot about them."