Sinsheim: Auto & Tecknik museum for kids of all ages 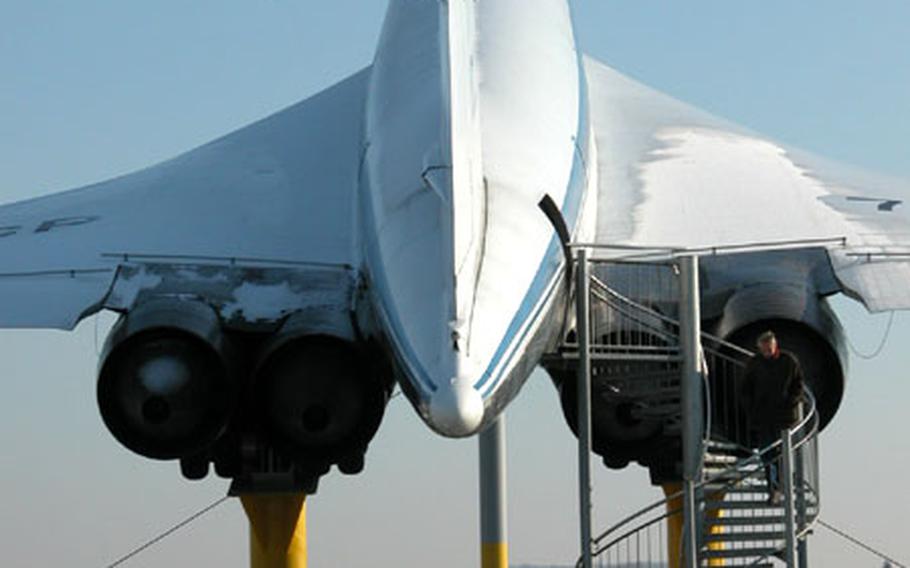 Visitors climb into Russian Tupolev 144 at the Auto and Technik Museum in Sinsheim, Germany. The Tu-144, a Russian competitor to the British- and French-made Concorde in the early 1970s, is one of six airplanes that spectators can tour. (Charlie Coon / S&S)

Visitors climb into Russian Tupolev 144 at the Auto and Technik Museum in Sinsheim, Germany. The Tu-144, a Russian competitor to the British- and French-made Concorde in the early 1970s, is one of six airplanes that spectators can tour. (Charlie Coon / S&S) 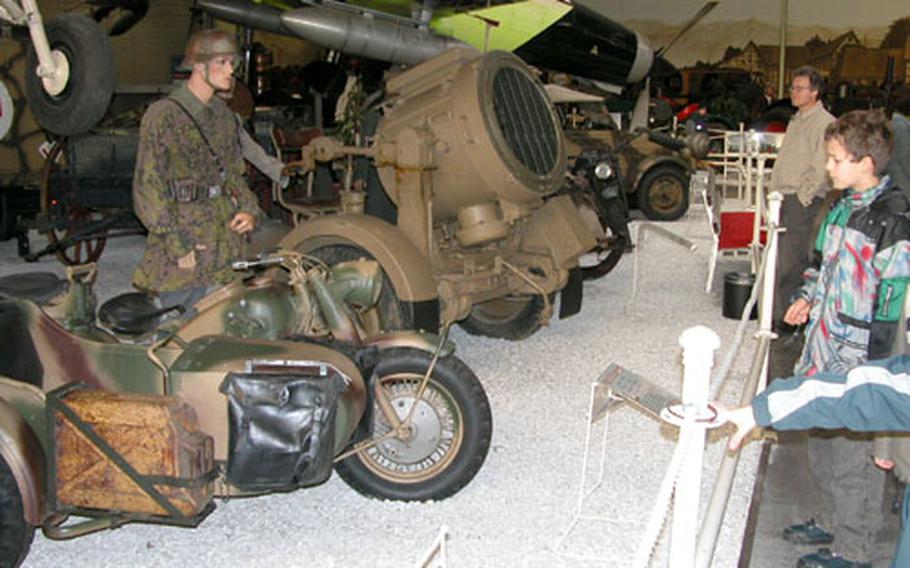 Visitors can check out a BMW R75 motorcycle with sidecar at the Auto and Technik Museum in Sinsheim, Germany. The museum has a collection of German, American, Russian and French tanks and other military pieces. (Charlie Coon / S&S) 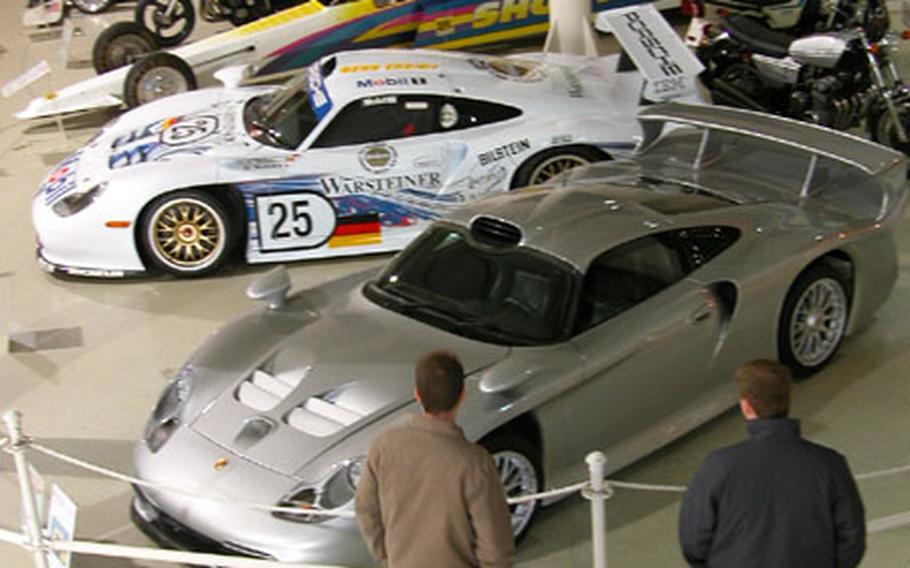 This Porsche 911 GT-1 is part of a collection of 911s at the Auto and Technik Museum in Sinsheim, Germany. The museum also features other automobiles as well as military gear, aircraft, motorcycles, locomotives and farm equipment. (Charlie Coon / S&S)

Museums can be educational, cultural &hellip; OK, boring. But there&rsquo;s one in south-central Germany that&rsquo;s packed with cool stuff. It has planes, trains and automobiles as well as tanks, locomotives and motorcycles.

The Auto und Technik Museum in Sinsheim is like a dreamland for adults who grew up worshiping brand names like Lamborghini. It&rsquo;s also a place where the kids can romp.

There&rsquo;s a &ldquo;flight deck&rdquo; on top of one of the buildings where real airplanes are perched. Ladders lead up into their cabins and blocked-off cockpits.

After climbing up to the rooftop flight deck, the kids can ride the &ldquo;super slide&rdquo; back down to ground level on a sliding pad through a big metal tube.

Most of the museum&rsquo;s exhibits are under the roofs of two buildings totaling 300,000 square feet.

There&rsquo;s a room with several dozen American &ldquo;dream cars.&rdquo; Among them are a 1958 Ford Thunderbird convertible (pink!) and a white 1954 Chevrolet Corvette, the second year the &rsquo;Vette was produced.

One room has a collection of Porsche 911s from throughout the years. Another features Italian cars Ferrari and Lamborghini. There is also a collection of motorcycles from Harley-Davidson, Indian and Moto Guzzi.

The military room has tanks, uniforms and equipment from the German, French, American and Russian armies. There are also helicopters and planes, including a Messerschmidt. Outside in the back is a collection of tanks and armored personnel carriers.

Plan on spending a half-day (or more) because there&rsquo;s enough to see. Most of the 3,000 exhibits come with a placard that explains them in both German and English, though some are in German only.

Since it is a museum that emphasizes technical achievement, the information focuses on transmissions, gears, axles and other engineering characteristics.

There is also German narration for some exhibits. But visitors do not need to be scientifically inclined or know German to enjoy the eye candy on display.

Most of the exhibits are privately owned and on loan to the museum, which operates as a nonprofit organization.

There are actually, two Auto und Technik Museums. A smaller version is in Speyer, about 30 miles west of Sinsheim.

Entrance to the the Auto und Technik Museum in Sinsheim isn&rsquo;t cheap &mdash; about $47 for two parents and two young children &mdash; and there are extras that cost more money, such as simulators and an IMAX-3D theater.

The theater&rsquo;s regular showings are in German only, though the theater has many IMAX movies in original English, and will show them for groups upon request.

The picture and sound in an IMAX-3D theater are worth experiencing. And yes, they hand out those goofy glasses as you enter.

The museum has a big gift shop with dozens of model cars, vintage racing posters and coffee-table books for sale. A 416-page book about the museum has hundreds of photos, and text in German and English. At 9.90 euros, it is most definitely worth the money for people who want to delve more deeply into the exhibits&rsquo; histories and technical attributes.

Directions: The museum is on Autobahn 6 northwest of Stuttgart, southeast of Kaiserslautern, Heidelberg, Mannheim and Darmstadt, southwest of W&uuml;rzburg and less than a two-hour drive from each of them. Follow the &ldquo;museum&rdquo; signs from Exit 33 or 34. The route from Exit 33 goes through Sinsheim; the route from Exit 34 is less congested.

Food: There are two restaurants, a bistro and coffee shop on the premises and restaurants nearby, including a McDonald&rsquo;s.

More info: On the Web at www.technik-museum.de, (there is an English-language link.); E-mail inquiries can be sent to nfo@technik-museum.de and responses will be in English; The phone number is (+49) (0)7261-92990.