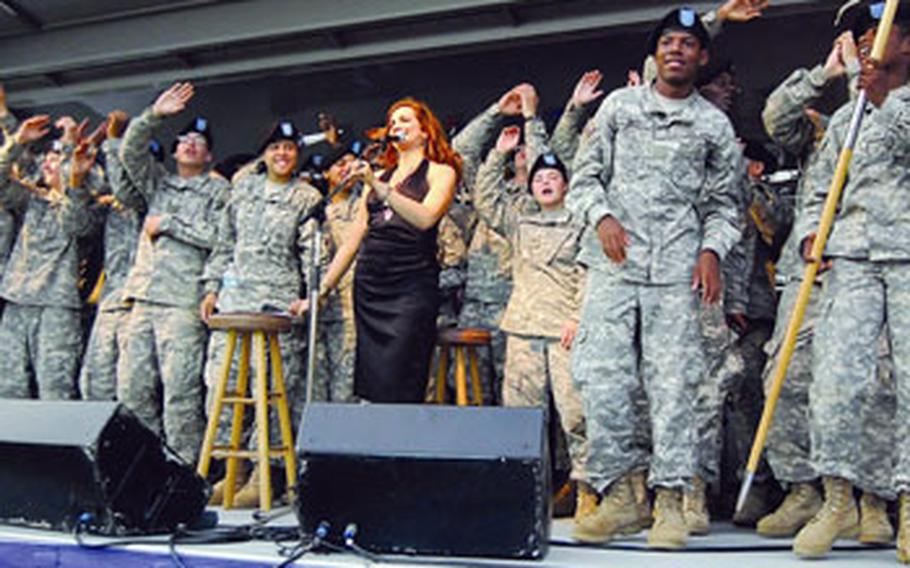 (Courtesy of the U.S. Army)

WIESBADEN, Germany &#8212; Singer-songwriter and amputee Theresa Sareo will give free performances at several military base chapels next month. The shows are sponsored by the Warrior Transition Battalion Europe and the U.S. Army Europe Chaplain Corps, according to a news release by the Europe Regional Medical Command. After being struck by a drunken driver nearly eight years ago in New York City, Sareo lost her right leg. She is known as a staunch supporter of wounded troops, and she is a frequent visitor to Walter Reed Army Medical Center where she was inspired to write her popular tune "Through a Soldier&#8217;s Eyes."