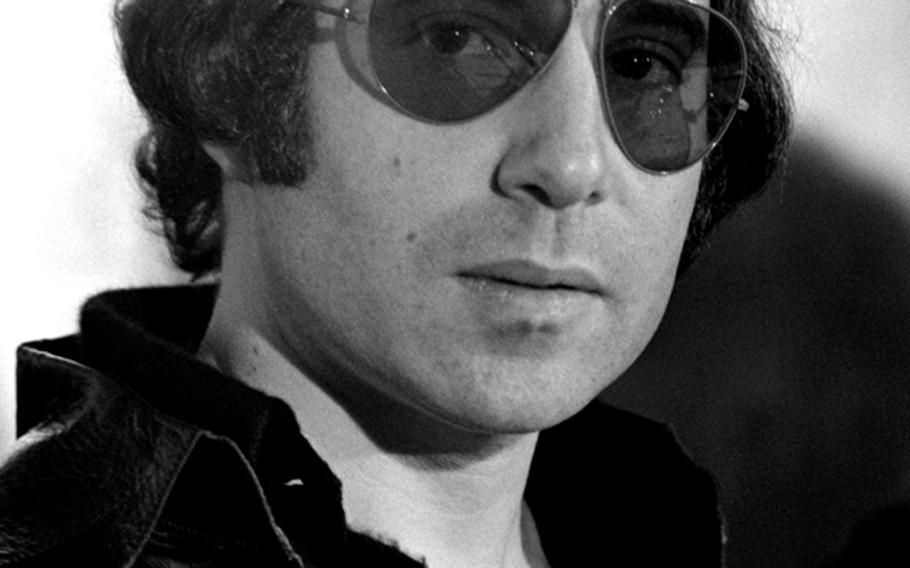 Buy Photo
Paul Simon at a Tokyo press conference in 1974. (Stars and Stripes)

TOKYO &mdash; When the Paul Simon-Art Garfunkel breakup came a few years back, everyone thought the two artists would join the ranks of other broken groups, like the Mamas and the Papas and Peter, Paul and Mary &mdash; working, but not like before.

Paul Simon spoke briefly about the breakup during a recent press conference at the Tokyo Hilton Hotel, where he's kicking off his first tour of the Far East.

"We actually split up early in 1970, after we finished the 'Bridge Over Troubled Waters' album. We made no public announcement because we wanted to be able to get back together if that's the way things worked out," Simon said. "And that's still a possibility."

The S&G breakup came as a shock to everyone, because the "Bridge" album sold over 9 million copies and gave the two men a wall full of awards. Not to mention a lot of money.

Following the break, Simon said in an interview for Rolling Stone Magazine that Art Garfunkel was simply a singer and Simon was the talent responsible for the success of the duo. Simon later said he was unreasonably harsh and hadn't given Garfunkel the credit he was due.

Simon now talks of Garfunkel as "one of the greatest voices in popular music," and that they both had a hand in the S&G prosperity.

In revealing the reason for the split, Simon commented, "There has to be a certain chemistry that works. And after a while I think the pressure of work and the desire to go in separate directions makes it difficult for two people to continue as partners."

The reference was to Art Garfunkel's interest in motion pictures. At the time o; the break he had already appeared in "Carnal Knowledge" and "Catch-22."

Whether or not Simon and Garfunkel will get together again is not yet known, but Paul Simon isn't hurting because of the break. His first solo album, titled "Paul Simon," was one of the most acclaimed works of music in 1972 and had no trouble going over the $1 million sales mark. "There Goes Rhymin' Simon" was to follow, with songs like "Kodachrome" and "Was a Sunny Day."

The old S&G sound is still present in his music, but there is a n increasing gospel-music sound that shows up well on the "Rhymin' Simon" album's cut of "Loves Me Like a Rock."

The gospel sound comes from a group called the Jessy Dixon Singers, They'll be appearing Kith Simon on his Japan tour.

Simon's new album, "Paul Simon in Concert/Live Rhymin'," has them backing him up on updated versions of "Sounds of Silence," "Bridge Over Troubled Waters," "America" and a new song, "Jesus Is the Answer."

Also appearing with Simon is a group called Urubamba. Paul says he met them in Paris in 1965 and they introduced him to South American music. Fans of S&G will remember the South American influence in songs like "El Condor Pasa" and "Me and Julio Down by the Schoolyard."

During his Japan tour, which will reach Osaka, Nagoya and Tokyo, Simon's guitar playing will be somewhat limited because of a finger injury. Simon's brother, Edward, will be filling in on the strings.

The brother has performed a bit before with S&G during their concert days, but the Japan tour will be his first whole concert. Edward, who, aside from his beard, looks, acts and talks like his brother, reportedly plays as well also.