Silence in Frankfurt: AFN fades to black, moves to Mannheim 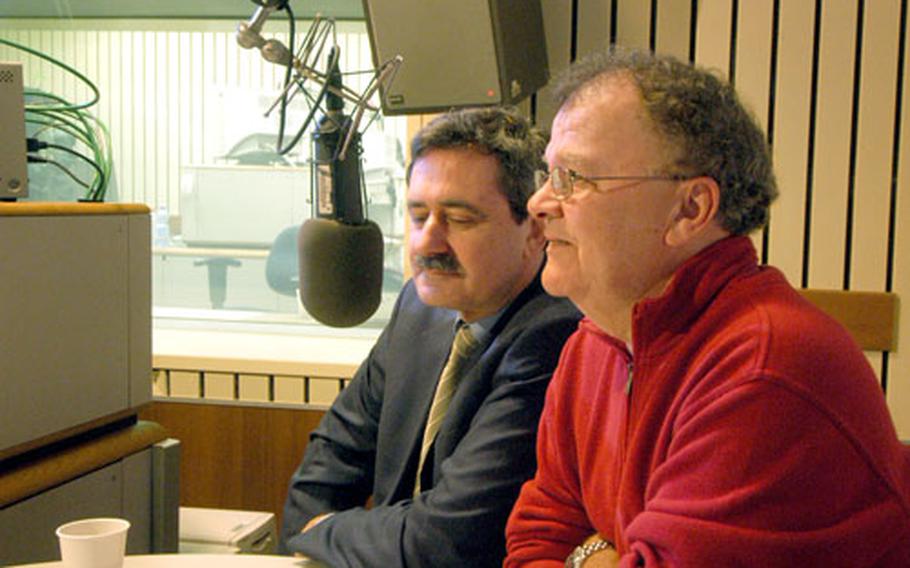 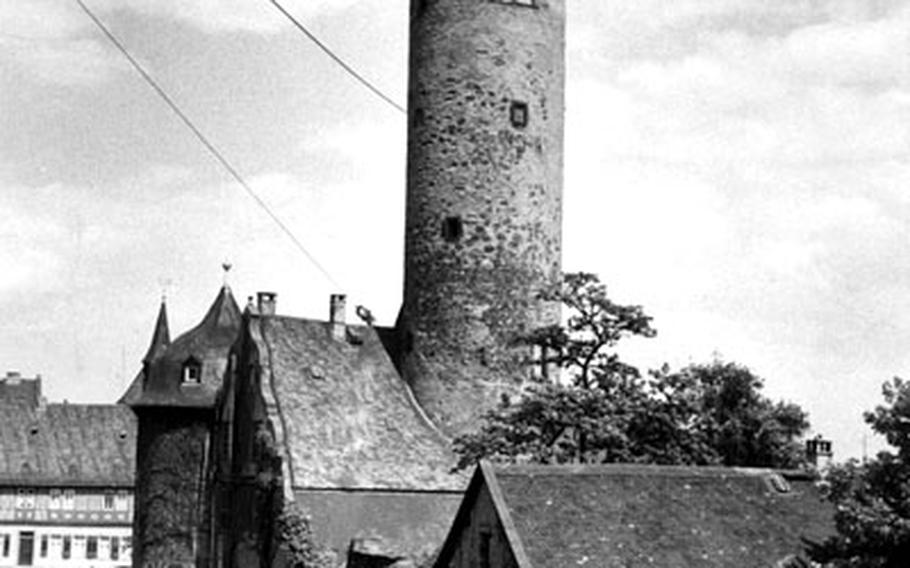 In its first 21 years, AFN-Europe was located in the Von Brüning Castle in Höchst, which is now part of Frankfurt. The structure, which was constructed in the 14th century, was believed to be the oldest building to house an American radio station. (Courtesy of AFN)

FRANKFURT, Germany &#8212; There was fall foliage on the floor, pastries on a platter and the sounds of the last &#8220;AFN Morning Newswatch&#8221; wafting through the studio.

From behind a nearby mike, Herb Glover, a guest announcer, smiled.

After six decades of broadcast service to troops in Europe and beyond, the American Forces Network pulled the plug Thursday on its operations in Frankfurt. Later in the day, once the afternoon news show wrapped up, Mannheim formally became the new home of AFN-Europe.

While plenty of work remains to close the 38-year-old studio, there are obvious signs of a place in transition. Gear is coming down from the rafters, offices are being emptied and the size of the staff is skeletal. A further hint of change in the air: autumn leaves scattered here and there on the floor, as if to tell everyone that it&#8217;s time to go.

In some ways, it was also a bit melancholy, given all the memories.

For weeks, if not months, equipment and personnel have been rolling south on Autobahn 5 toward the network&#8217;s new home on Coleman Barracks. The Mannheim facility, formerly a mess hall, is equipped with cutting-edge technology that will greatly enhance AFN&#8217;s broadcasting capabilities.

AFN took the leap to leave Frankfurt for a variety of reasons.

The drawdown of U.S. forces in the 1990s left the AFN folks in Frankfurt largely isolated from its audience. In addition, Army officials grew increasingly concerned about the safety of AFN personnel, given their high-profile mission.

Glover, who was the chief civilian executive for the network at the time, said the network in the late 1990s looked at many potential sites, from a casern named Frankenstein to a former champagne house.

Given where AFN settled when it arrived in Frankfurt in 1945, those options may not have seemed so absurd.

For its first 21 years in the city, AFN-Europe was headquartered in the von Br&#252;ning Castle in H&#246;chst, which is now part of Frankfurt. The network moved in 1966 to a site adjacent to Hessischer Rundfunk, the state of Hessen&#8217;s broadcast network.

Glover, who along with Bautell spent Thursday regaling listeners with stories from yesteryear, said the new site even included a helicopter-landing pad, which is long gone.

&#8220;Everybody was in awe of this new, state-of-the-art facility,&#8221; Bautell said during a radio break, referring to the Frankfurt facility.

Glover paid special tribute to Gen. Dwight D. Eisenhower, who commanded Allied forces during World War II. It was Eisenhower, he noted, who had the foresight and interest in establishing a radio network for U.S. soldiers and sailors.

As U.S. forces were preparing to invade the continent, Glover said, they grew tired of the stiffness of the British Broadcasting Corporation&#8217;s radio shows. So much so, he added, &#8220;that our guys used to listen to the Nazi propaganda channels because they played better music.&#8221;

Those days are long gone.

Today, Malone said, AFN is heard by U.S. military and civilian personnel in more than 60 countries.

Malone is due to depart Europe in a month or so. He said he plans to fill in from time to time, if needed, in Mannheim.