Sigonella residents are still mopping up the mess Standing water still floods a hallway of the Child Development Center on Monday, after a devestating flood last week ravaged the Maranai base housing area and the Naval Air Station 2 base at Sigonella, Sicily. (Sandra Jontz / S&S)

Standing water still floods a hallway of the Child Development Center on Monday, after a devestating flood last week ravaged the Maranai base housing area and the Naval Air Station 2 base at Sigonella, Sicily. (Sandra Jontz / S&S) 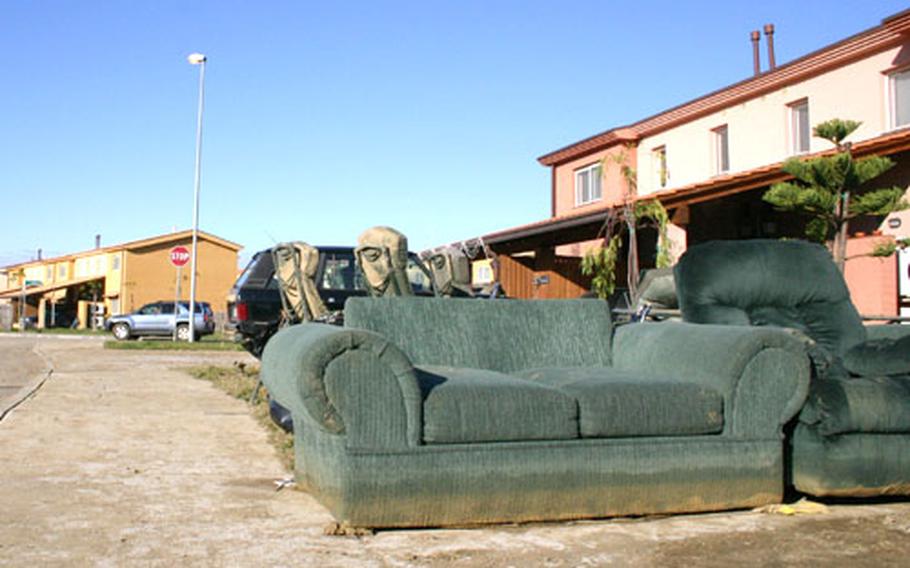 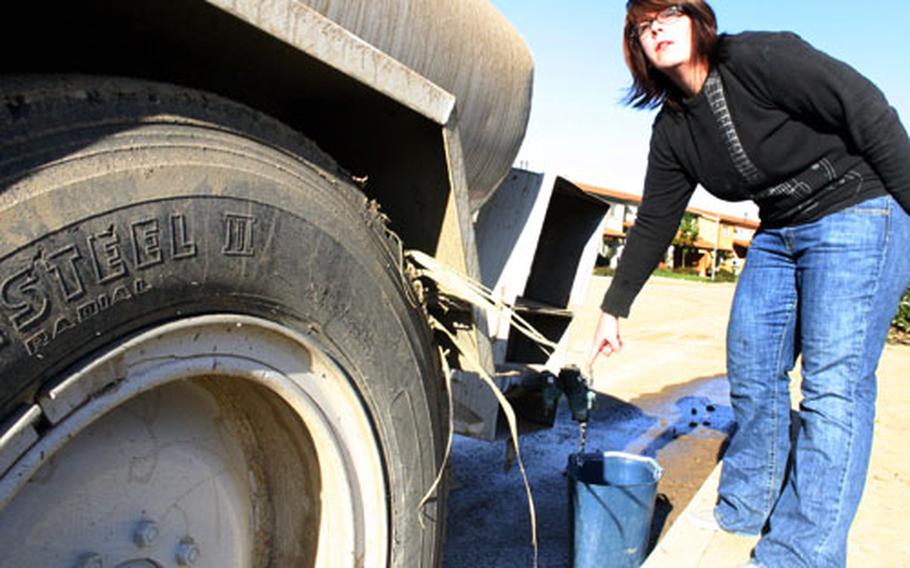 Caitlin Harmon fills a bucket from a water buffalo set up at the Maranai base housing complex. The water is not potable, so the Harmons use bottled water for drinking. (Sandra Jontz / S&S) Sylvia Roman shrugs her shoulders Monday morning when thinking about all the restoration to their base housing she and her husband, Cmdr. Ivan Roman, will have to do following Wednesday&#39;s flood. The couple&#39;s couches were destroyed, but they might be able to salvage wooden furniture bought in Japan. (Sandra Jontz / S&S) 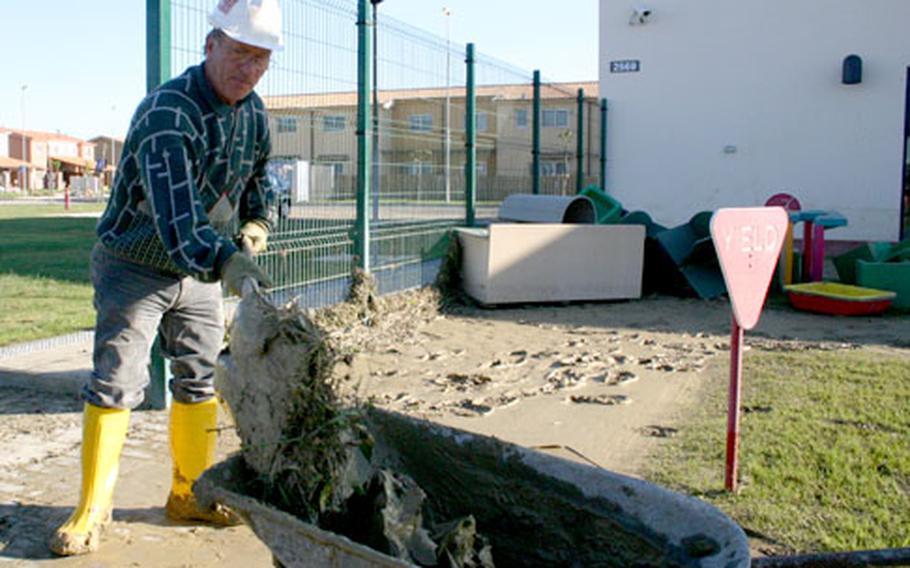 NAVAL AIR STATION SIGONELLA, Sicily &#8212; As Johnnetta Bryant shoved comforters and towels around the front door to plug the gushing water from entering her town house, the water flowed in from the back door &#8212; and from the air vents in the laundry room, and in the kitchen. Within 10 minutes, her first floor was flooded.

Sylvia and Ivan Roman took down their Christmas tree Monday &#8212; a week before Christmas. The plastic tree was a total loss, but they&#8217;d managed to save the ornaments.

Their couch also was a total loss. They&#8217;re working to save furniture bought on their last tour in Japan. Luckily, they managed to save the Persian rugs.

&#8220;Every piece in this house has a memory to it,&#8221; Sylvia Roman said, her blue rubber-gloved hands picking up trinkets and pointing out damaged furniture.

But they and other residents are quick to point out the silver lining: No one died. No one was hurt.

Base and contracting officials have decided to first restore those units with the least amount of damage.

Residents visiting homes to clean up or who are moving back in should not flip breakers to try to turn on the power themselves, warned Capt. Bob Gibbs, public works director. Officials are repairing substations and testing each of the houses for safety.

The much-anticipated Child Development Center at Maranai, which only opened in October, was heavily damaged in the floodwaters. Parents are returning to the center at NAS I for child care, and officials there are opening rooms that had been slated for renovation to accommodate the influx, said Cathy Austin, the child development program administrator.

The disaster tested the base&#8217;s emergency planning of Family Fleet and Support Center, the housing office and others, and residents and officials alike gave the efforts a passing grade.