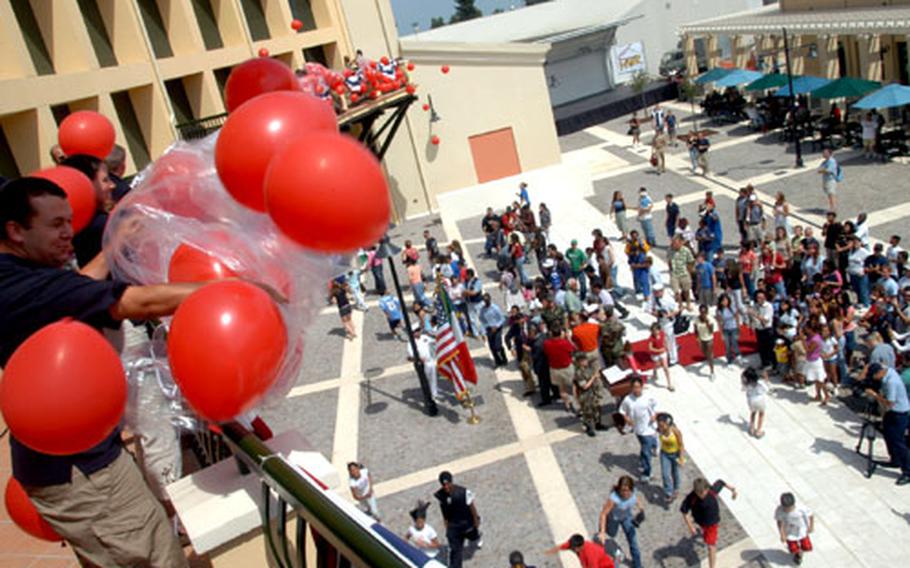 Balloons are released as the ribbon is cut and patrons rush into the new Morale, Welfare and Recreation complex at Naval Air Station Sigonella on Friday. (Jason Chudy / S&S)

Balloons are released as the ribbon is cut and patrons rush into the new Morale, Welfare and Recreation complex at Naval Air Station Sigonella on Friday. (Jason Chudy / S&S) 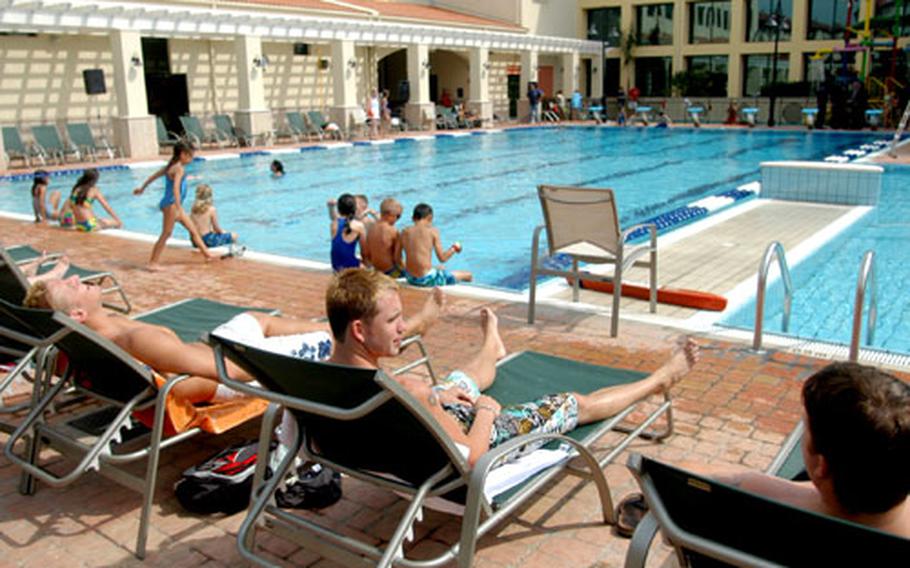 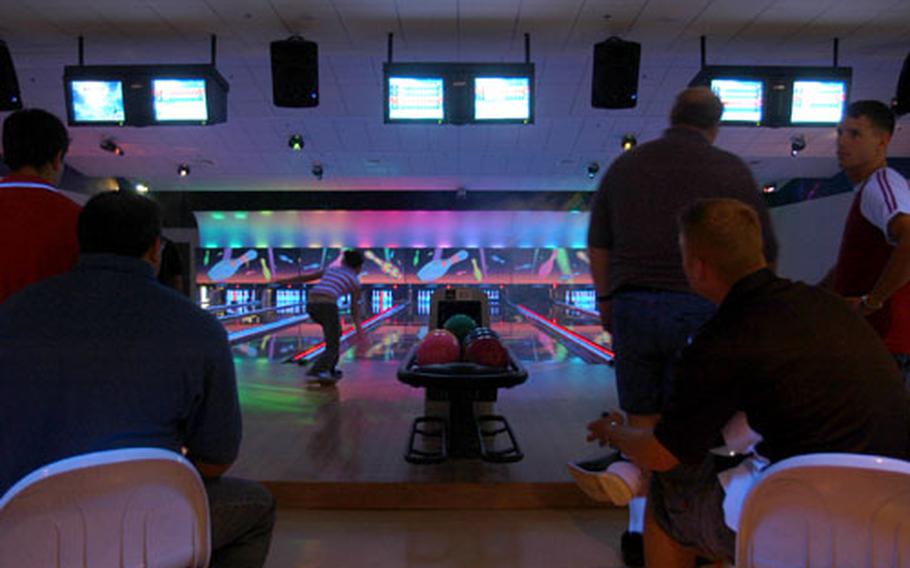 A young girl splashes into the pool after a quick trip down one of two water slides at the new Naval Air Station Sigonella pool. (Jason Chudy / S&S)

SIGONELLA, Sicily &#8212; The ceremonial ribbon-cutting for the new Midtown recreation facility at Naval Air Station Sigonella wasn&#8217;t nearly as much fun as the unceremonial first run down the base&#8217;s two new waterslides.

But the few minutes that people had to wait for the ribbon-cutting seemed to be well worth it as the $28 million, 90,000-square-foot facility officially opened Friday afternoon, just in time to catch the majority of the base residents getting off from work for the weekend.

The new Morale, Welfare and Recreation facility, which sits just about &#8220;mid town&#8221; on the NAS I base is the centerpiece of the base&#8217;s construction boom, which has included a new Navy Exchange and Commissary, and an administrative and community center complex.

The facility was completed four months ahead of schedule, public works officer Capt. Bob Gibbs said during his ribbon-cutting remarks. It includes the new base gym &#8212; complete with a rock climbing room &#8212; outdoor swimming pool, two movie theaters and a bowling alley.

&#8220;In this place everyone can come and get their game on, for real,&#8221; said Seaman Shelby Graham as he and a handful of middle-school-aged children took turns playing the El Dorado coin game in the new video game room. All around the room, quarters were being pumped into video games at regular intervals by sailors and kids alike.

The smell of fresh popcorn mixed with the smell of hot pizza at the nearby snack bar, which on one side serves the theater and on the other the bowling alley. The bowling lane&#8217;s neon lights were set low, and a fog machine occasionally belched out a cloud of white smoke to add to the atmosphere.

The bowling alley makes up the northwest corner of the U-shaped building, with the base gym taking up the entire eastern portion of the complex. Along the facility&#8217;s southern side is an open, multistory glass area with a handful of tables and chairs.

Seaman Josh McCullough, of the base dental clinic, sat bare-chested on a lounge chair in front of the pool with a couple of friends. They arrived shortly after the ribbon-cutting.

The pool seemed to be equally filled with groups of parents and children and groups of sailors. It seems the base has, for a while at least, found something that appeals to its entire population.

While some single sailors think that the facility was constructed just for them, those with families are quick to claim that it&#8217;s all theirs.