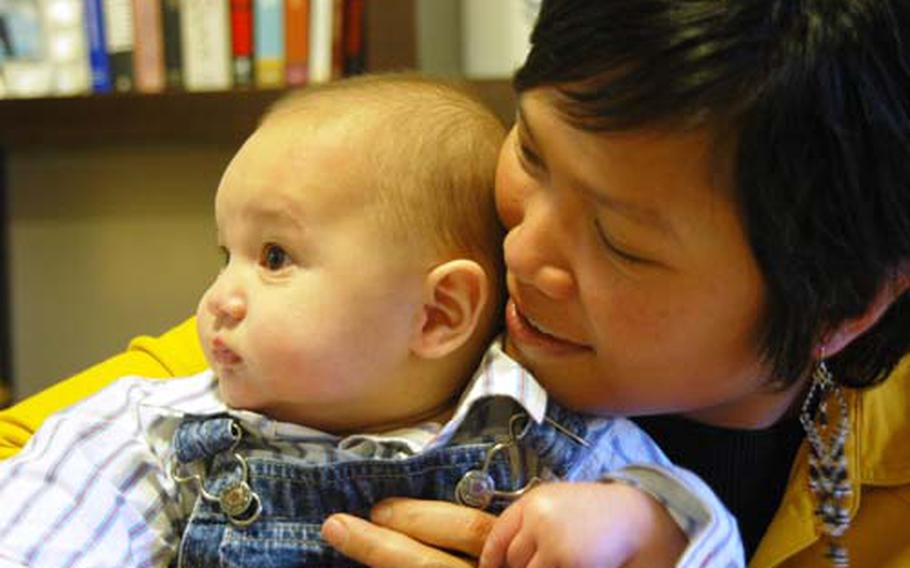 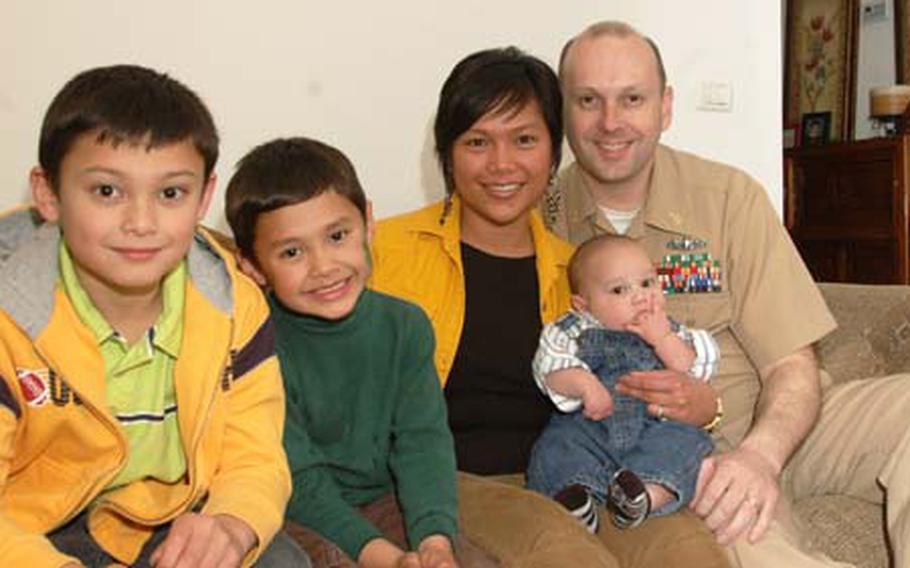 Iris Eckles barely survived the birth of her third child in early November. She had lost so much blood that doctors gave only a 20 percent chance of survival.

Who knows how the 38-year-old mother survived those hours of profuse bleeding and several surgeries?

Perhaps it was her faith.

Perhaps it was her strong maternal desire to remain with her three young children &#8212; the youngest of whom she hadn&#8217;t even held yet.

Perhaps it was an outpouring of caring from the community at the U.S. Navy base in Sigonella, Sicily.

On Nov. 6 &#8212; her birthday, in fact &#8212; Iris Eckles headed to the Naval Air Station Sigonella hospital to deliver her third child, Isaiah.

The delivery went perfectly, Eckles recalled during a recent interview in the dining room of her family&#8217;s home in the Marinai base housing complex. A healthy baby boy joined the world, weighing 7 pounds, 7 ounces.

But for reasons still unknown by doctors, things went horribly wrong afterward. Her uterus failed to contract, and her bleeding would not stop. Doctors tried several measures, but many provided only a temporary fix.

"It was going from bad to worse real quick," remembered Richard Eckles, 39, a master-at-arms chief petty officer with about two decades of service in the Navy. "There was a lot of blood. So much blood."

At one point, the doctors fibbed, he said. A white lie, perhaps, to allay his fears. They told him Iris had a 50-50 chance, but the couple later learned the truth that Iris faced an 80 percent chance of dying.

The hours of the event blur together, Richard Eckles said. But one recollection is poignant: He recalls descending into the hospital basement to see a large gathering of people &#8212; droves of them who had turned out to donate blood to save his wife.

About 9:30 p.m. on Nov. 6, Lt. Leslie Councilor began getting repeated update calls from hospital technicians regarding additional units of blood being given to an obstetric patient.

The repeated calls came every 30 minutes to 45 minutes.

"At that rate, I knew we were about to exhaust our supply," said Councilor, the laboratory&#8217;s department head.

At 7:37 a.m., the emergency notice went out across the base: Anyone with O-positive or O-negative blood was asked to report to the hospital. Even security guards at the gates urged those matching the need to volunteer.

Within 45 minutes, more than 170 people were ready to roll up their sleeves to donate. The hospital collected 33 units, which were given to Iris.

Staffers eventually had to turn people away.

"The physician involved with the case agrees that the donated blood saved the life of the patient," hospital commander Capt. James Bloom said in a written release. "Had another 60 minutes transpired without donated blood, it&#8217;s doubtful the outcome would have been positive."

Finally, on the morning of Nov. 7, Iris Eckles was stable enough to be transported to the Intensive Care Unit of Vittorio Emanuele II Hospital in Catania. Her five-day stay there was a haze of hallucinations, dreams and bouts with death, she said.

At one point, she pulled out her own intubation tube to the surprise of the doctors.

It would be six days before Iris Eckles would hold Isaiah for the first time.

She would endure more surgeries and additional bouts of blood loss. Perhaps it was all too much.

Iris Eckles spent five more days recuperating at the base hospital before finally getting the chance to go home. During her absence, the community rallied to care for her other children, Zackary, 8, and Elijah, 5.

"The human spirit was displayed that day in a way I have never seen," Richard Eckles said. "The community here at Naval Air Station Sigonella has been a blessing to our family. We&#8217;ve had tons of support &#8212; unlike anything I ever expected. I have never been on the receiving end of so much good will. I&#8217;m truly blessed to be here."