Sigonella going to the dogs 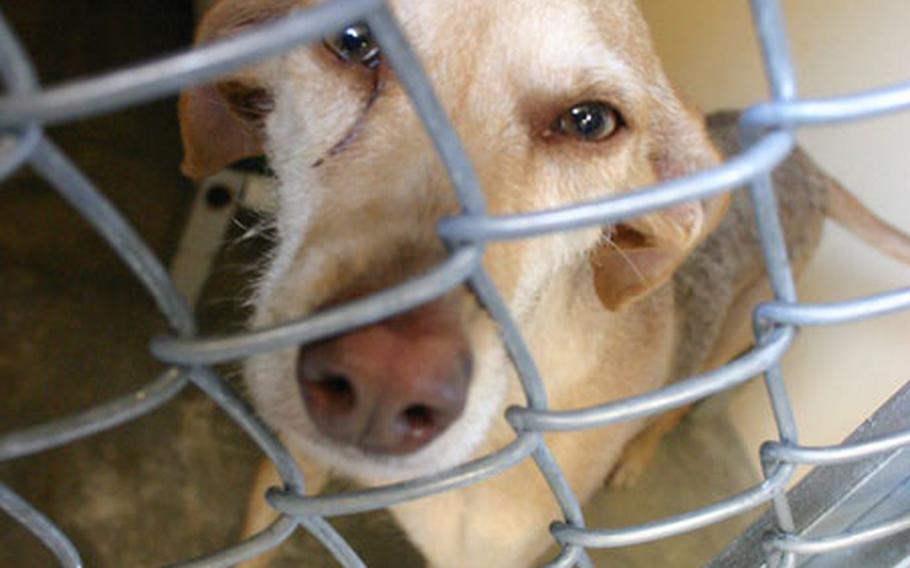 Sofia, an occupant of the new Stray Animal Facility at Sigonella, Sicily, stares out from her kennel. (Courtesy of U.S. Navy)

Sofia, an occupant of the new Stray Animal Facility at Sigonella, Sicily, stares out from her kennel. (Courtesy of U.S. Navy) 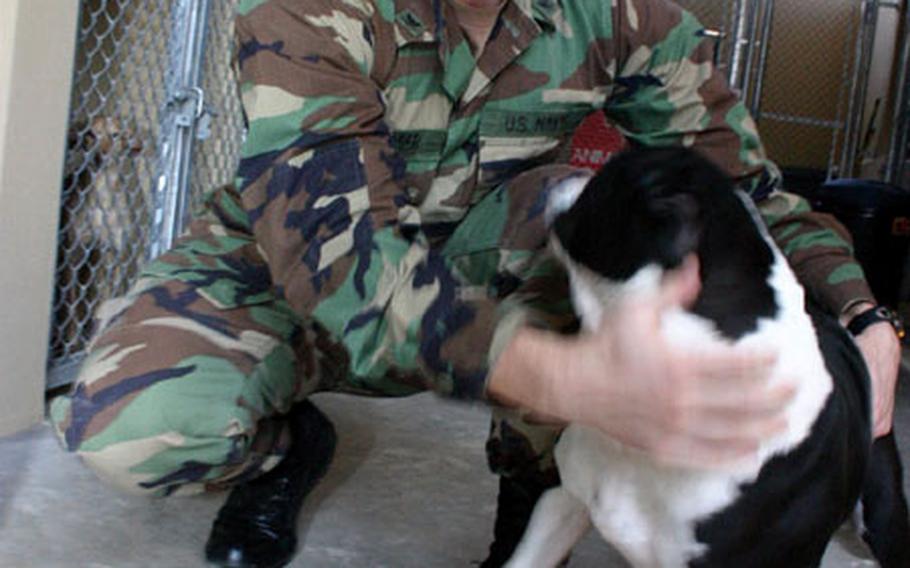 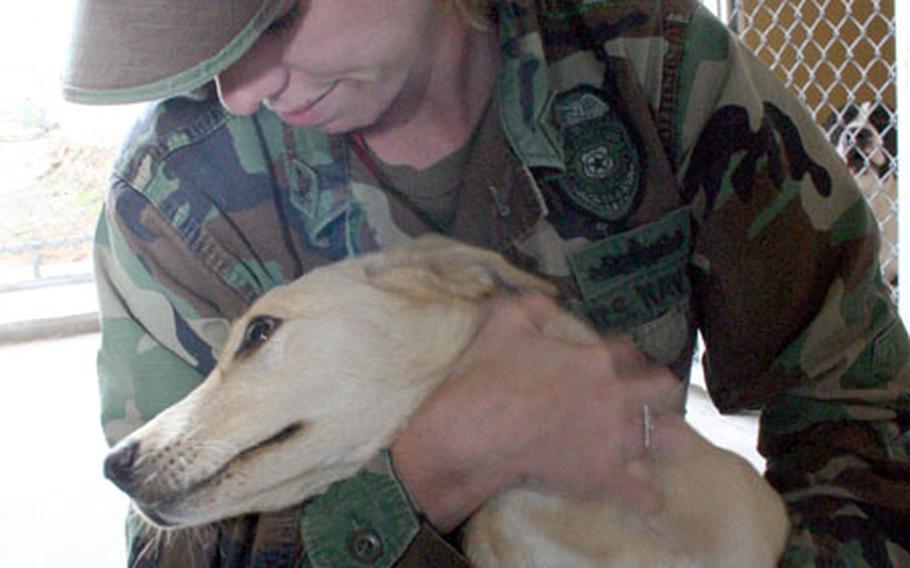 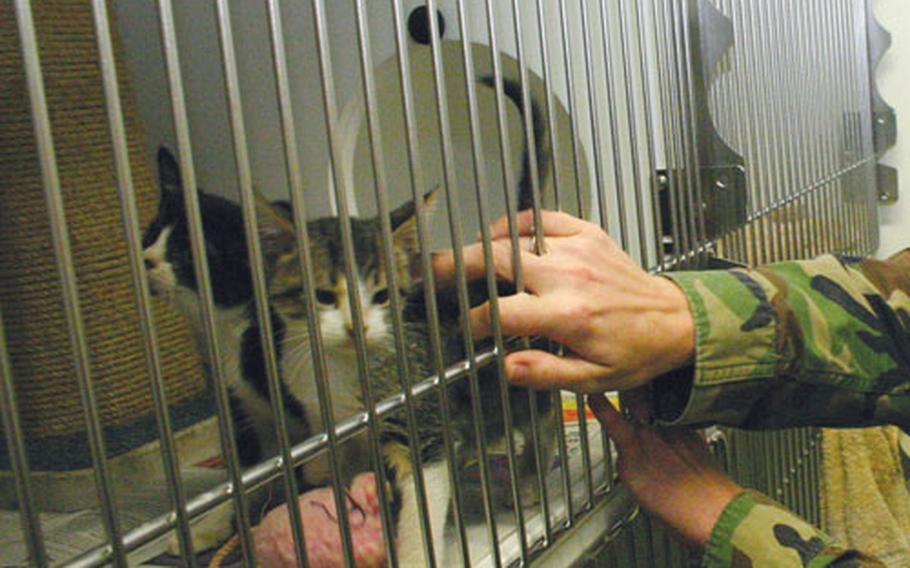 The hands of Shelly Kennington, a ship&#39;s serviceman third class with NAS Sigonella, Sicily&#39;s Stray Animal Facility, check on two of the occupants of the new facility, which opened Monday. (Courtesy of U.S. Navy)

Stray dogs and cats on bases in Sicily are being treated to new digs.

The Security Department runs the facility, attached to the new security building. The former shelter had five winter and five summer kennels. &#8220;It was basically tin, wood and a chain-link fence,&#8221; said Kennington, 24, a ship serviceman from Mesa, Ariz.

Eighteen dogs can now stretch out in 5&#189;-by-6 kennels. A separate room has cages for 14 cats. There are plenty of amenities the old shelter lacked: ceiling fans, air conditioning, lighting, space heaters, storage space and a washer/dryer.

Only dogs and cats caught on the bases are taken in.

Most strays are either abandoned by families moving, or rescued by Americans off base and dropped on base because they know they&#8217;ll be taken care of at the shelter, she said. A few times a year, litters of puppies and kittens are found abandoned in base trash containers.

All animals put up for adoption are spayed and neutered, given their first vaccinations and a microchip.

&#8220;The Army veterinarians are the ones who really get in there and do the work,&#8221; said Gerald Garner, security administration officer. &#8220;They deal with strays, dogs that could have rabies. They really do a lot for us.&#8221;

The base also has established a cat colony. The chicken coop-like safe haven allows cats to come and go. Strays are caught and spayed or neutered before being released. Domestic cats are taken to the kennel for adoption.

The animals live in the shelter until they find a home. Italian law prohibits euthanization unless animals are aggressive or diseased, Kennington said.

Mama, a shepherd mix, was the shelter&#8217;s longest resident. After three years, someone took her to the States.

Garner said that the adoption rate is very successful. More than 50 animals were adopted the past year.

The facility relies on donations and volunteers. Call 624-3936 for more information.