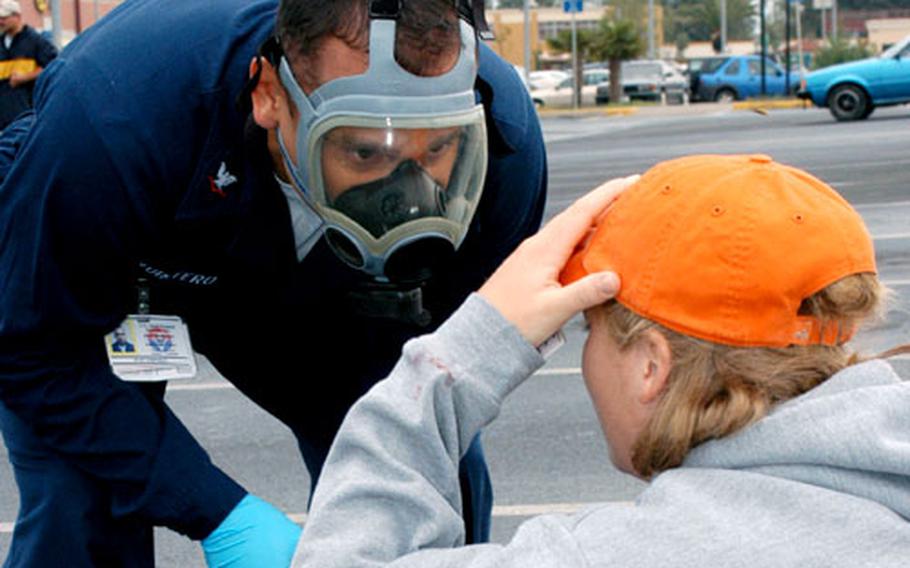 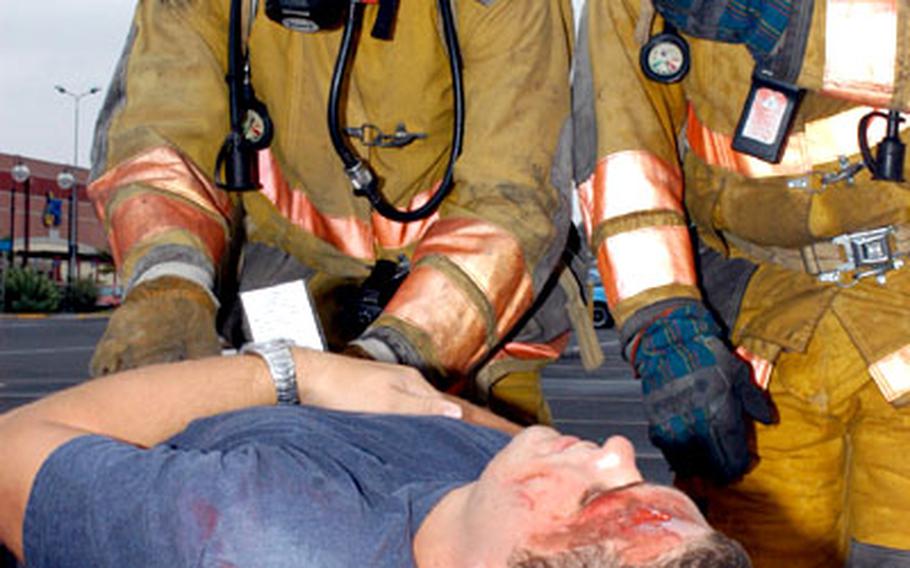 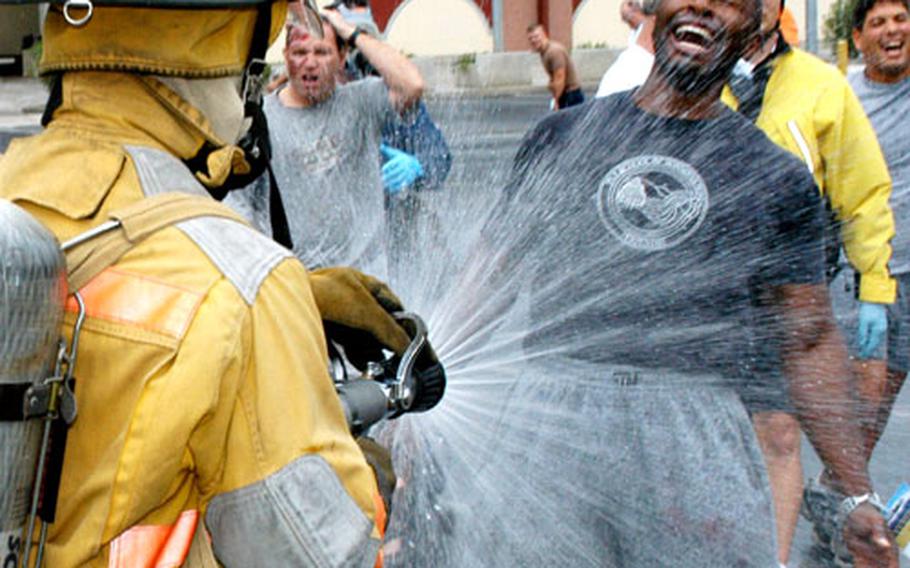 Fourteen months of preparation culminated in a huge drill Wednesday that tested Naval Air Station Sigonella&#8217;s ability to respond to a weapons-of-mass-destruction attack.

More than 100 fire department, security, medical and explosive-ordnance personnel participated in the four-hour scenario, during which a terrorist device exploded in the base gym, releasing a nerve agent.

The exercise was the final step in a test of the base&#8217;s Navy Chemical-Biological Enhanced Force Protection Base First Responder Program.

A response team decontaminated 38 victims injured in a chemical agent explosion. Medical personnel then triaged and treated the injured. Bomb dogs located a secondary device before it went off.

&#8220;Everything worked the way it should have,&#8221; said base spokesman Lt. Steve Curry, noting he thought it was the largest drill the base has had.

Steve Monteleone, fire chief for Fire and Emergency Services in Sigonella, Sicily, said the various agencies worked together well. The new WMD response team met several times to learn how to use the equipment before the drill.

&#8220;[The exercise] gave us a good snapshot of where our weaknesses are as far as more training with the new equipment and a refresher of procedures,&#8221; said Monteleone.

Sigonella and two other Navy bases in Europe &#8212; Naples, Italy, and Souda Bay, Crete &#8212; were among 10 worldwide to receive the new equipment and training. Congress allocated $9 million in emergency funds for the first-responder program following terrorist attacks such as those on the USS Cole and on Sept. 11, 2001.