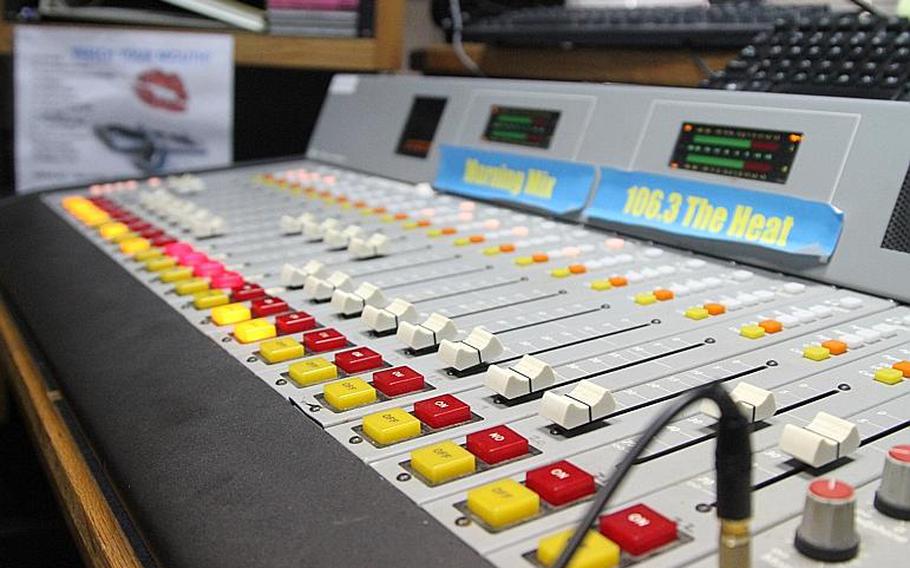 The radio studio at American Forces Network Bahrain. Plans are in the works to upgrade the studio's equipment. ()

The radio studio at American Forces Network Bahrain. Plans are in the works to upgrade the studio's equipment. () 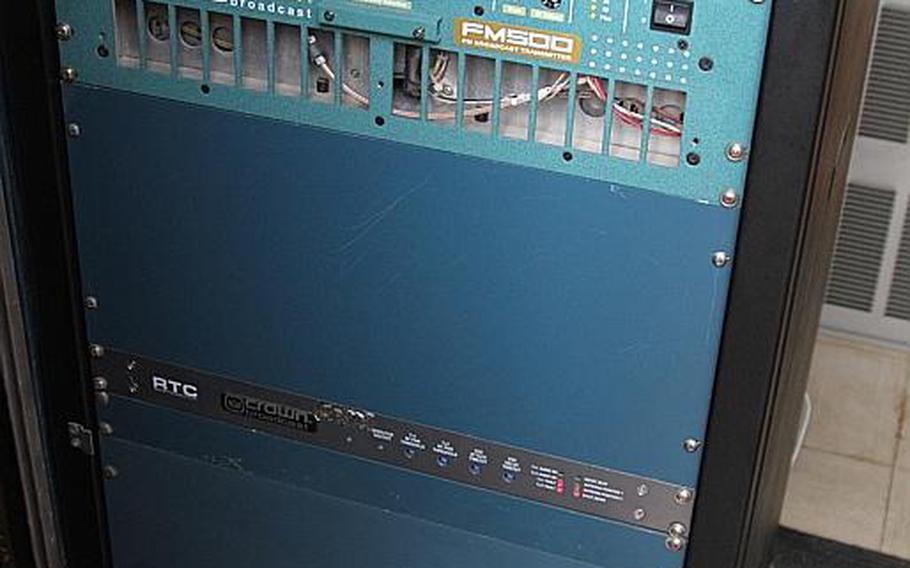 The transmitter for American Forces Network Bahrain 106.3. The transmitter is housed in small room with it's own air conditioner unit on Naval Support Activity Bahrain. The station's technicians believe an AC malfunction in August may have caused damage to the transmitter unit that is potentially contributing to signal issues. ()

MANAMA, Bahrain — The American Forces Network station in Bahrain markets its radio as the “hottest” on the planet, and heat may be the cause of the station’s transmitter problems in the past several weeks. The station’s signal on 106.3 — to a primary audience of 7,200 U.S. personnel — has been experiencing significant static and occasional dead air in parts of Bahrain where the U.S. Navy base is located.

The quality of the signal “depends where you’re at on the island,” said Chief Petty Officer Frank Neely, AFN Bahrain’s station manager. “The areas we’re trying to fix is reliability, quality and range.”

In August, during the hottest summer temperatures in the Gulf, the station experienced an air conditioning malfunction in a small room containing the transmitter. “The reception got worse after that AC outage,” said Neely, although the station’s technicians did not pinpoint an exact problem stemming from the incident.

However, two months earlier in June, Defense Media Activity technicians inspected the station’s equipment and noted that the antenna, transmitter, and cabling were “degraded.”

Neely suspects the extreme heat in Bahrain is a potential culprit for the wear and tear of the equipment that’s affecting the signal. Summer outdoor temperatures routinely top 100 degrees Fahrenheit.

Some fixes and improvements to the station are planned for this fiscal year. “I would say that the audience here can definitely expect the signal to improve in areas of range, quality and reliability,” said Neely, adding that the “planning and coordination” is going on right now to improve those areas.

“We want to put out the best quality and meet the strategic communication objects of the (commanding officer).”

Currently, the station has approval from Bahrain’s government to increase the signal from 250 watts to 400 watts — which will help with the signal’s range. Also, upgrades to the radio studio equipment are in the works.