Signal battalion moving from Schweinfurt to Grafenwöhr a year early 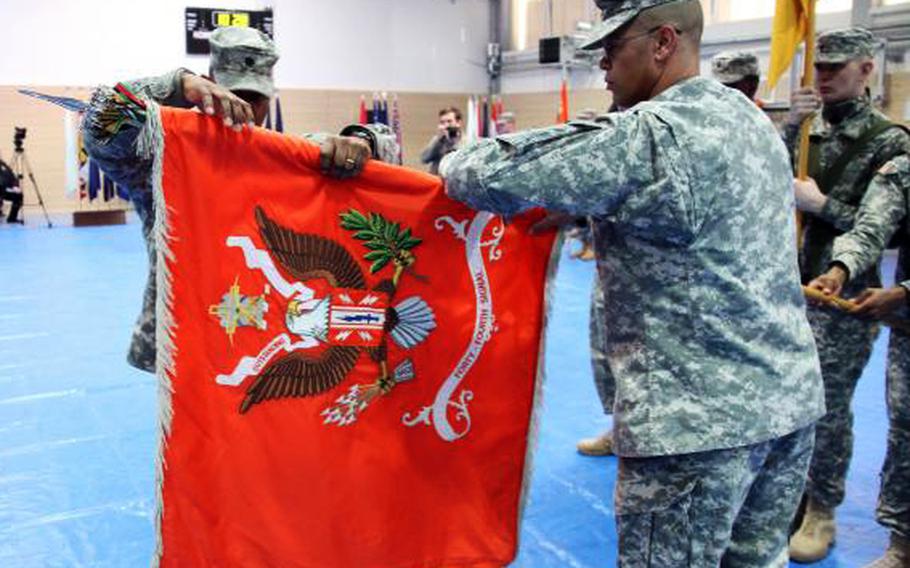 The 44th Expeditionary Signal Battalion's colors are cased at a March, 2011 ceremony in Schweinfurt, Germany, signifying the beginning of the unit's journey to Afghanistan. (U.S. Army)

GRAFENW&Ouml;HR, Germany &ndash; Amid planned drawdowns in Europe, the Army&rsquo;s 44th Expeditionary Signal Battalion announced it will move its three companies from Schweinfurt to Grafenw&ouml;hr a year earlier than planned.

The battalion will move into buildings constructed for elements of the 172nd Separate Infantry Brigade, which were scheduled to join the rest of the unit in Grafenw&ouml;hr following the brigade&rsquo;s current deployment. Instead, current plans call for the 172nd to be eliminated in fiscal 2013.

The 44th is scheduled to move in August. The battalion, which provides tactical signal operations, is part of the 5th Signal Command in Wiesbaden and counts about 480 soldiers at full strength.

The Army base in Schweinfurt is scheduled to close no later than 2015. The Grafenw&ouml;hr garrison, home to the Army&rsquo;s largest training area in Europe, is one of U.S. Army Europe&rsquo;s enduring installations.

&ldquo;We&rsquo;re reducing the PCS move, and it reduces the turmoil on the unit itself,&rdquo; Torres said.