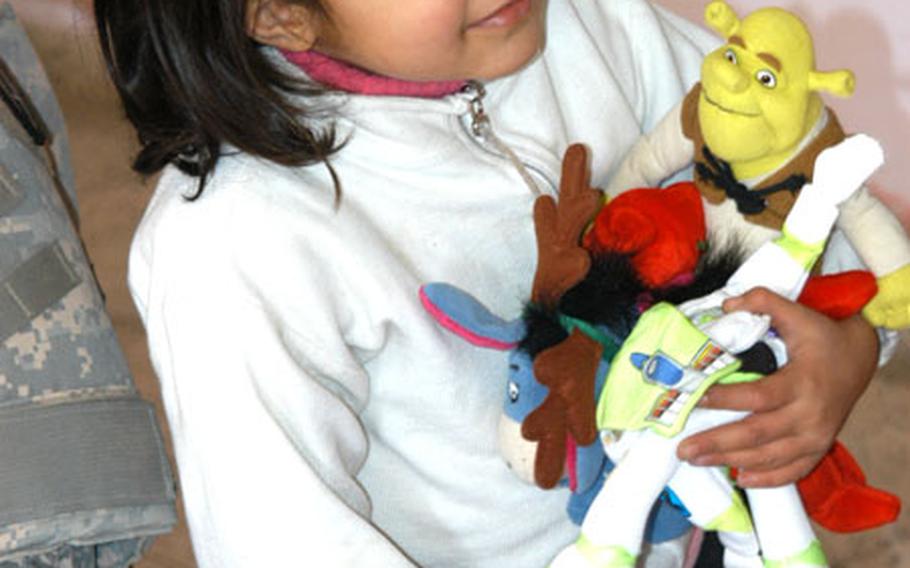 An Iraqi girl cradles the toys she received Tuesday from U.S. soldiers and local police at a school in Khadra. (Vince Little / S&S)

An Iraqi girl cradles the toys she received Tuesday from U.S. soldiers and local police at a school in Khadra. (Vince Little / S&S) 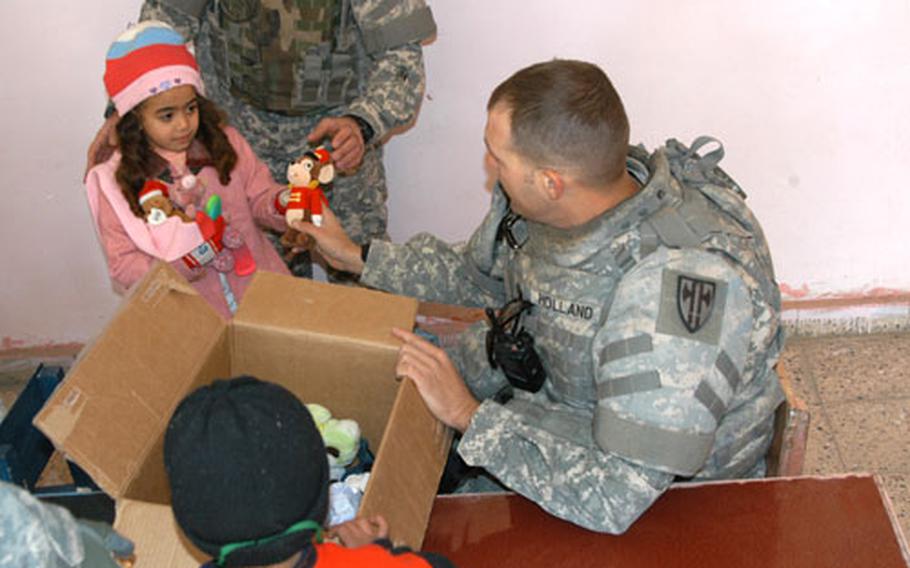 The company &#8212; which deployed from Fort Hood, Texas, eight months ago &#8212; is responsible for cultivating the Khadra police station, among others. But when the unit arrived in Iraq, the locale was a magnet for mortars, rockets, grenades and small-arms fire.

A car bomb went off one day near the station&#8217;s entrance. On another occasion, a room inside was destroyed when an explosive ignited in a locker. A third blast took down an observation tower on the perimeter.

Suspecting corruption within the station, the soldiers arrived one morning last July, rounded up the Iraqi police into mass formation and relieved them all of duty. It became a combat outpost for coalition forces and Iraqi national police.

In October, they installed a new command and fresh batch of officers and reopened it as a local police station.

Neal said Tuesday&#8217;s toy giveaway was the first venture the soldiers had attempted with the local police in the community. With heavy security inside and outside the school, the event went off without incident.