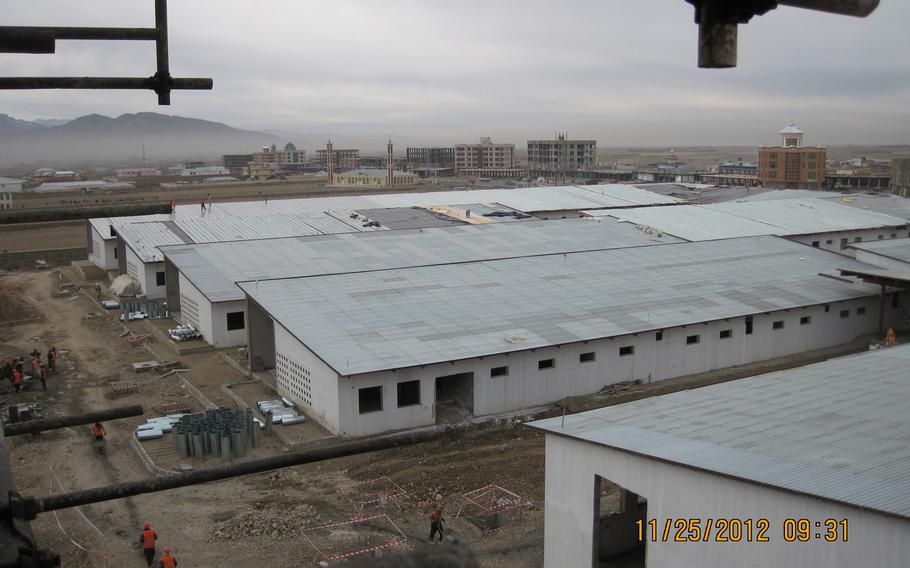 The Gardez Hospital under construction in Paktiya province in Afghanistan is two years behind schedule. According to the Special Inspector General for Afghanistan Reconstruction, a contractor charged enormous fees for fuel and other items. Courtesy SIGAR (Courtesy SIGAR)

In its latest report, the U.S. government’s Afghanistan watchdog said Wednesday that the U.S. Agency for International Development paid outrageous fees, including $500 per gallon for diesel fuel, on a hospital project that’s two years behind schedule.

The report by the Special Inspector General for Afghanistan Reconstruction panned work on a 100-bed hospital under construction near the city of Gardez in Paktiya province. USAID set up a “cooperative agreement” with the International Organization for Migration for $57 million to start the project in 2008, with the goal of wrapping up in November 2011.

Since then, IOM has given the construction company working on the project, Sayed Bilal Sidath Construction Company (SBSCC) five extensions, pushing its deadline back to June 2013, the SIGAR report said. The company was fired when it asked for a sixth extension.

IOM passed those costs on directly to USAID without noticing the overbilling.

SIGAR applauded USAID in an accompanying letter for agreeing to a prompt audit of the project, and for pledging to rake back overpayments if necessary.

“We commend USAID for its prompt planned action that will resolve the recommendations,” Special Inspector General John Spoko wrote in a letter prefacing the report.

USAID has extended the agreement with IOM until December of this year.

Richard Danziger, a spokesman for IOM in Afghanistan, pointed out that the hospital is being built in an active war zone. Paktiya, and Eastern Afghanistan in general, is one of the areas where the insurgency is most violent.

“Under such circumstances, delays in project implementation are regrettably not unusual,” Danziger said.

“As regards the allegations of overpayment on fuel or other items,” he added, “IOM will fully cooperate with a financial audit, which we are confident will show these allegations to be incorrect.”

Danziger said IOM was not given a chance to comment on a draft of the report before it was released.

According to the government’s online contract database, the Federal Procurement Data System, SBSCC is also a major contractor for the U.S. military in Afghanistan and has won nearly $24 million in contracts from the Army since 2011.